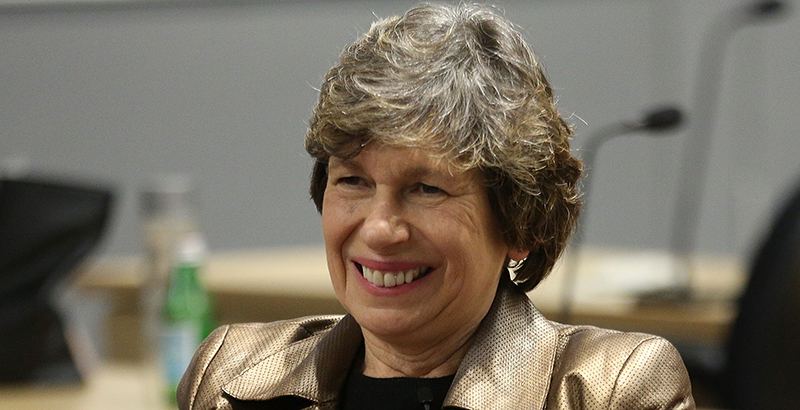 Randi Weingarten, president of the American Federation of Teachers, recently delivered a speech to the National Press Club that she titled “The Freedom to Teach.”

Teacher union presidents make regular appearances at the National Press Club and make similar pitches for the union’s agenda each time. The first step is to paint a bleak picture of the public school teacher labor market.

This usually leads to all sorts of claims, so I have to commend AFT for adding footnotes and citations to Weingarten’s speech — even allowing for the fact that I am likely to be the only one to check if her statements were supported by the research she cited. Her first assertion was a familiar one.

“Teachers and others who work in public schools are leaving the profession at the highest rate on record,” she said during her April 18 appearance.

Union Report: Are Teachers Quitting at Record Rate? Actually, They Leave Their Jobs at Lower Rates Than Almost Everyone Else

“There were 110,000 fewer teachers than were needed in the last school year, almost doubling the shortage of 2015,” Weingarten said.

AFT cited an Economic Policy Institute report that was released two days before her speech.

It is relevant to note that the institute has received a great deal of AFT funding over the years, including $500,000 in 2018. But let’s assume it is accurate in all particulars. The cited report also states:

“The teacher shortage in the nation’s K-12 schools is an increasingly recognized but still poorly understood crisis: The shortage is recognized by the media and policymakers, and researchers have estimated the size of the shortage — about 110,000 teachers in the 2017-2018 school year, up from no shortage before 2013 (Sutcher, Darling-Hammond, and Carver-Thomas 2016).”

You read that correctly. Apparently, there was no teacher shortage before 2013. Talk about burying the lede.

AFT has been touting teacher shortages since at least 2009, but at least that is better than the National Education Association, which has been crying wolf since 1921.

So if we accept the institute’s statement that there was a 110,000-teacher shortage in 2017-18, should we not also accept that this is a recent phenomenon and that previous shortage claims were false?

“This is a crisis, yet policymakers have largely ignored it,” said Weingarten.

“The United States must do a much better job of keeping teachers in the profession,” Weingarten said. “Every year, nearly 300,000 leave the profession, two-thirds before retirement age.”

AFT cited an October 2018 article by the Bureau of Labor Statistics that says something quite different.

To begin, the bureau’s figures are projections of annual averages between 2016 and 2026. They are not statements of current statistics. Second, the numbers include private school teachers. Third, the projection is an average of 268,400 per year, so “nearly 300,000” is not the most accurate way to describe it.

Fourth, the article says nothing about retirement age. In fact, it is very difficult to say with any authority how many teachers retire each year. There is a projection of 125,800 “labor force exits,” of which we can presume many are retirements. The remainder (142,600) are “occupational transfers,” or those who switch careers. These are the ones who would be most affected by new policies concerning teacher pay and working conditions.

“Attrition in teaching is higher than in nursing, law, engineering or architecture,” Weingarten said.

AFT cited an October 2018 updated study by Richard M. Ingersoll and others in which he makes the same claim. But the citation for Ingersoll’s claim is his own as yet unpublished research, which is described in the study as “forthcoming.”

I can’t analyze figures that aren’t there, but the Bureau of Labor Statistics has a table with projected occupational transfers for all professions, not just teachers. Once again, public and private school teachers are not separated, but the figures look close enough to my estimate above to press on.

Weingarten got only two out of four, but it still inflates her accuracy, because these are cherry-picked professions. There are many others that are comparable to teaching in both necessary qualifications and skills.

The projected loss of school administrators is higher than that of teachers, but no one seems much worried about a principal shortage. That brings me to a final observation. When classroom teachers become principals, administrators and curriculum specialists, they change jobs and thus are included in the teacher transfer rate. I think we can all agree that having administrators with teaching experience is a good thing for the school system and should not be considered a teacher retention problem.

I will leave it to the education policy professionals to examine and comment on Weingarten’s solutions to these perceived crises, but I advise them not to take her version of current circumstances at face value.