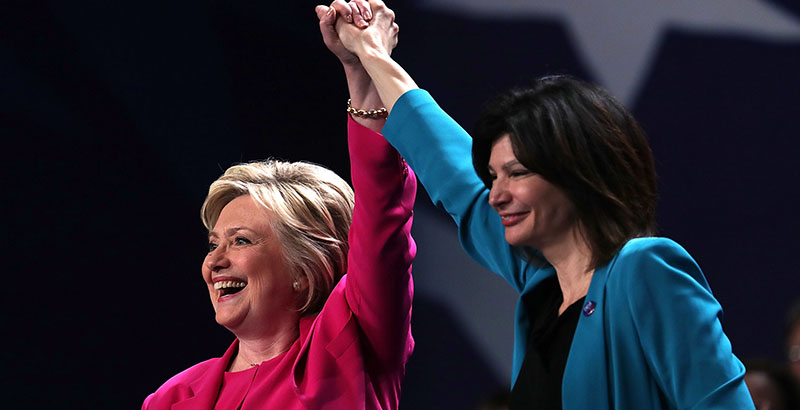 The officers and elected representatives of the National Education Association are rarely at odds with one another on major issues. A conspicuous exception to the rule has been the recommendation of candidates for president of the United States and the union’s process for making that choice.

It seems an odd bone of contention, since NEA always endorses the Democratic candidate. Many national and state affiliate union representatives are delegates and superdelegates to the Democratic National Convention. Still, choosing among Democrats and deciding when to endorse the proper one has caused a lot of friction within the union.

The 2016 primary battle between Hillary Clinton and Bernie Sanders was the source of much internal anguish, prompting groups of NEA activists to propose sweeping changes to how the union makes its recommendations. The common element of these plans was to open up the endorsement process to larger groups of members. But it has been an uphill fight, and next month will determine whether the rank and file will get an increased say, or if the top echelon of NEA leaders maintains its hold.

Analysis: Did Teachers Unions Learn Anything From Hillary’s Loss?

The current system goes like this: NEA sends questionnaires to all announced candidates. The NEA president interviews all candidates who complete it. The NEA president then makes a recommendation to the union’s Political Action Committee Council, which consists of representatives from each state affiliate and internal caucus. If a majority concurs, the recommendation is presented to the NEA board of directors for a vote. A majority of at least 58 percent is needed from the board.

In a primary, that’s where the process ends. The chosen candidate can now receive funding and other resources from the union. In the general election, NEA’s annual representative assembly, comprising some 7,000 delegates, must also concur.

As you can see, the NEA president has an awful lot of control over the process. No one can be endorsed except the candidate he or she chooses.

This famously came into play during the 2008 Democratic primaries, which were fought down to the wire between Barack Obama and Hillary Clinton. Then–NEA President Reg Weaver was an Obama supporter, but with a substantial number of Clinton supporters on the board, he couldn’t be sure of getting Obama the endorsement. Weaver didn’t recommend Clinton either. The union was frozen in place until Obama sewed up the nomination.

NEA didn’t want a repeat in 2016, so it greased the wheels for Hillary Clinton. The Wikileaks release of hacked emails to and from John Podesta, chairman of the Clinton campaign, demonstrated that the union’s leaders were coordinating their endorsement strategy for Clinton even before sending out questionnaires.

This didn’t go over well with the Sanders supporters within NEA, and the full-court press made others uneasy. Some wanted to wait at least until the primaries began in February 2016. Nonetheless, NEA pushed the endorsement of Clinton through the PAC Council and board of directors in October 2015.

Had Clinton become president, all this would have dissipated. But the election of Donald Trump reignited the fire under those who criticized the endorsement process. They proposed two measures at the 2017 NEA Representative Assembly.

After debate on the floor, the items were referred to the PAC Council’s guidelines review committee. The committee made short work of both ideas, concluding they “would not benefit the recommendation process or member engagement” and that no further action would be taken.

Opponents of the status quo have one last Hail Mary to throw. They proposed a constitutional amendment that will be voted on by NEA delegates in Minneapolis next month. It adds to the list of functions of the representative assembly that it “recommend, endorse, or actively choose not to recommend or endorse a candidate for president of the United States during both the primary and general election process.”

A constitutional amendment has the advantage of being voted on by secret ballot, making it more difficult for NEA leaders to influence the outcome. But it requires a two-thirds majority to pass, and that will be a very high hurdle.

The NEA board of directors has already voted to oppose the amendment.

It should not come as a shock to anyone that the entities that currently control the endorsement process voted to maintain it exactly as it is. After the November 2016 election, I wrote:

“With the same people making the decisions, and the ability to amass vast war chests of political cash without organized opposition, there is no reason to expect the teachers unions to change course. Once the pain of this election subsides and they run up against the imperative of preparing for the next cycle, union officers will ultimately determine that they need to do the same thing as before, just on a larger scale.”

I criticize NEA for a lot of things, but never for unpredictability.