Analysis: Did Teachers Unions Learn Anything From Hillary’s Loss? 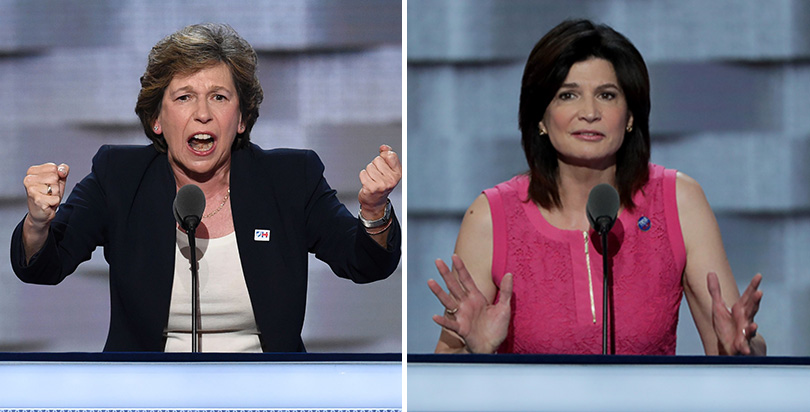 Corrected Nov 23
As November neared, the two national teachers unions viewed the impending, near-certain election of Hillary Clinton as the first step to regaining the power and influence they had not enjoyed since her husband’s presidency. They also hoped that an anti-Trump wave would result in a Democratic majority in the Senate and a large pickup of seats in the House.

If the Trump victory shocked most of us, it was worse for the National Education Association and the American Federation of Teachers, who sat and watched until their “seat at the table” was pulled out from under them.

The outcome has prompted continuous soul-searching and blame-casting from pollsters, the press, the Democratic Party establishment and organized labor. But messages from the top ranks of the NEA and AFT provide no evidence that lessons have been learned.

“Don’t mourn, organize!” advised NEA president Lily Eskelsen García, telling her members it was time to “double our resolve to bring people together.” AFT president Randi Weingarten said, “We will pick ourselves up, extend a hand to our neighbors and our colleagues and recommit ourselves to the task of fighting for an America where everyone has a fair chance.”

These calls will probably have limited appeal among the rank and file. Clinton won 58 percent of union households, the worst performance by a Democratic performance in decades,  according to exit polls — although García said Clinton led Trump by 36 percent among her members — while others supported Bernie Sanders in the Democratic primaries. The latter are indignant not just about a Trump presidency, but about the way their own union leaders manipulated the endorsement process to benefit Clinton.

Pro-labor columnists let the unions have it with both barrels.

“Most union presidents are far removed from the sentiments of rank-and-file members,” wrote Micah Uetricht on the blog In These Times. “Labor leaders like Weingarten hang out in elite circles, seeing themselves less as leaders of social movements whose everyday actions are guided by their members and more as peers of the kind of centrist Washington insiders that made up the top brass of Clinton’s campaign.”

“Radicals have long argued that American labor leaders are not only isolated from their rank and file, but actually have a set of interests that are distinct from their members,” he continued.

Mark Brenner of Labor Notes was even blunter: “For too long unions have treated members as an ATM for predetermined priorities or an unruly nuisance that needs to get ‘on program.’ This democracy deficit explains why so many members feel disconnected — and why so many are likely to vote with their feet under right-to-work.”

Sanders himself distilled the issue for Democrats, though he could as easily have been talking just about the unions. “When you lose the White House to the least popular candidate in the history of America, when you lose the Senate, when you lose the House, and when two-thirds of governors in this country are Republicans, it is time for a new direction for the Democratic Party,” he said.

Despite the criticisms, the teachers unions show every indication of carrying their standard operating procedures into future elections. They wasted no time in going right back to Establishment figures in the Democratic Party to determine next steps.

Five days after the election, the Democracy Alliance — a coalition of Democratic donors, party insiders and interest groups chaired by NEA executive director John Stocks — met to strategize about the years ahead. Nothing in the conference agenda signaled a new direction.

And earlier this week, the AFT’s Weingarten and other union officers met with New York Gov. Andrew Cuomo to champion “sticking together,” even though she often portrays Cuomo as a mortal enemy.

An unidentified labor source told the New York Daily News: “In a moment of crisis, [Cuomo] pulled these people together and gave them some mooring, which they need at this moment, and a sense of a way forward. With Trump heading to the White House, he stressed there’s a partner in government [Cuomo] that cares about them and their values.”

The next major election will be the New Jersey gubernatorial contest in 2017. Incumbent Gov. Chris Christie is term-limited, and the New Jersey Education Association has already endorsed Phil Murphy, who spent 23 years at Goldman Sachs and retired as the firm’s senior director.

None of these actions signifies a move to a more progressive, Sanders-flavored approach.

With the NEA and the AFT apparently wedded to the status quo in the Democratic Party, it is unlikely there will be a change in their external policies without a change in internal decision-making.

Over the past two election cycles, the NEA spent $52.2 million on federal races and the AFT spent $30.3 million, according to the Center for Responsive Politics. The net result of that investment: seven lost Senate seats, eight lost House seats and a lost presidential race. And the unions lost the campaigns where they spent the most — except for Sen. Kelly Ayotte’s narrow defeat in New Hampshire this year.

The failure goes further. The NEA; the AFT; the American Federation of State, County and Municipal Employees; and the AFL-CIO joined forces with hedge fund billionaire Tom Steyer to form the For Our Future SuperPAC, which spent $32.1 million on federal campaigns; it, too, lost the races on which it spent most.

Clinton was criticized for not carrying Wisconsin, where Democratic presidential candidates had won the past seven elections, but her campaign decided not to hire additional get-out-the-vote volunteers because For Our Future “already had a decent-sized footprint” in the state, according to the Huffington Post.

While the Democratic Party argues about personnel changes at the top, no similar debate has yet emerged within the teachers unions. Stocks has overseen two election debacles at the NEA but appears to be Teflon. There has been no job shuffling or demotions in the political or campaign departments in either union. No one has stepped forward to offer a future challenge to the elected officers, or even to the members of the representative bodies who agreed to an early endorsement of Clinton.

With the same people making the decisions, and the ability to amass vast war chests of political cash without organized opposition, there is no reason to expect the teachers unions to change course. Once the pain of this election subsides and they run up against the imperative of preparing for the next cycle, union officers will ultimately determine that they need to do the same thing as before, just on a larger scale.

The good news for the unions is that there is already formidable opposition to Trump. The bad news is that his opponents may seek means other than unions to express it.

Correction: An earlier version of this article incorrectly stated that Donald Trump won a majority of union households.