Time for Massachusetts to Make All Schools, Green, Healthy and Carbon-Free

For decades, Massachusetts has enjoyed its role as the nation’s education leader. But in one crucial way, the commonwealth has been failing its kids’ future.

Climate change represents a threat to children and their schools — not someday, but now, and especially in the neighborhoods and communities already facing the largest educational challenges. For the very first time in Massachusetts, the governor has signed a bill that recognizes the important role schools play in climate mitigation and adaptation.

The law’s Green and Healthy Schools provision requires state agencies to assess the condition of Massachusetts school buildings and recommend standards to make them fossil fuel-free and healthy. But this is just the beginning. The Massachusetts Department of Elementary and Secondary Education and the state School Building Authority must embrace these standards and commit to ensuring that all school buildings conform to them no later than 2050. With an influx of one-time federal funds that schools across the country are using to replace outmoded heating, ventilation and air conditioning, state leaders have an opportunity to follow through with a comprehensive plan for healthy, carbon-free schools.

Nationwide, schools are the second-largest form of public infrastructure, and one of the largest public-sector energy consumers. Every year, Massachusetts’s 1,840 schools emit roughly 880,000 metric tons of carbon. But they not only contribute to climate change; they, and their students, are victims of it. Last year was the hottest on record for Boston, and at least 18 Massachusetts school districts announced closures and early dismissals due to extreme heat. Even today, fewer than half of Boston public schools are equipped with air conditioning.

Electrification is another tangible first step to making schools healthier and carbon-free. For example, heat pumps — HVAC systems that are powered by electricity — warm and cool like traditional systems, but because they can be powered by rooftop solar panels, they can further reduce dependence on fossil fuels. These solutions also save districts money: Over a 30-year period, schools that transition to net-zero energy — using as much as they produce — can spend 25% less in energy and maintenance costs than schools that don’t.

Epstein & Boser: Now Is the Time to Build Schools Back Better to Make Them Safer, Greener, Healthier & Ready for the Future

This isn’t just about climate and health; it’s also about educational justice. Schools in low-income neighborhoods are less likely to be equipped to deal with extreme heat than buildings in affluent areas, and an estimated 5% of the gap in standardized test scores between Black and Hispanic students and their White counterparts can be attributed to hot school days. Neighborhoods that have been historically redlined often experience the most severe consequences of heat — on average, they are 13 degrees hotter than non-redlined neighborhoods.

When students are packed into muggy, oppressively hot school buildings and told to monitor themselves for heat stroke symptoms while sitting in class, the adults they rely on are failing them. Refusal to take action to mitigate the impacts of climate change will continue to fall hardest on the students and communities already facing the largest challenges.

But closing schools for extreme weather is not a viable long-term solution. Heat is the leading cause of weather-related deaths in the U.S., and socially vulnerable communities experience the worst health impacts. As heat waves strike with increasing frequency and intensity, communities must be able to turn to schools as healthy places where they can take shelter.

The Green and Healthy Schools provision in this year’s state climate bill is a critical step toward addressing these issues. Assessing the condition of schools and recommending standards to make them green are the critical ingredients needed to put together a plan so that when renovating old schools or building new schools, taxpayer money is spent wisely to create the healthy learning environments all children deserve.

Massachusetts still leads the nation in education. It will stay that way only if it can keep its schools open and its children healthy.

Sara Ross is co-founder of UndauntedK12, a nonprofit supporting states to activate schools in responding to the climate emergency. 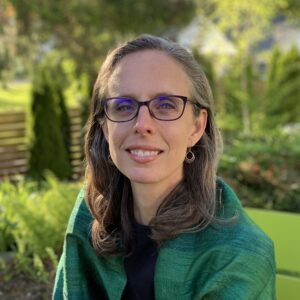 Jason Acosta Espinosa is a student at Dartmouth College and a Massachusetts climate fellow at Our Climate. 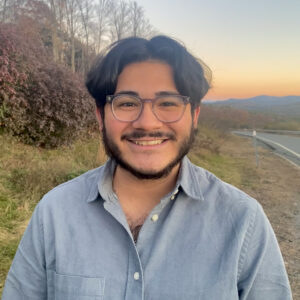