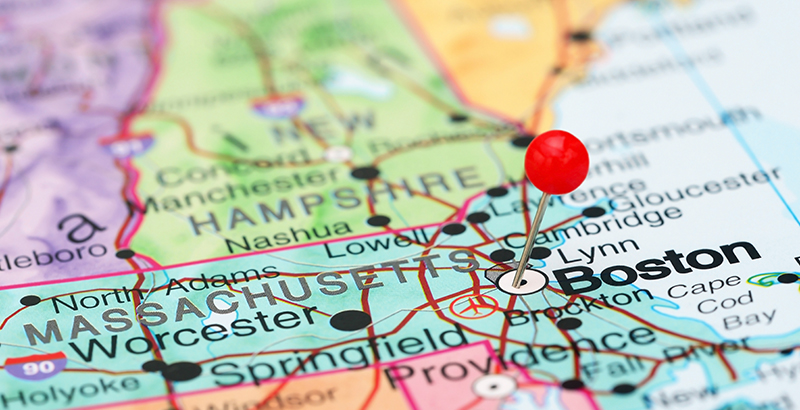 “While work-based learning is often delivered at the local level in coordination with education and business leaders, states play a critical role in setting expectations and scaling work-based learning for all students,” he writes. “With new flexibility in both the Every Student Succeeds Act and the Strengthening Career and Technical Education for the 21st Century Act (Perkins V), state leaders have the opportunity to strengthen and scale work-based learning to ensure all students can develop real-world skills.”

One particular “leverage point,” argues Estes, is accountability. Under ESSA, states were free to design their own school quality and student success measures, and 40 states incorporated career readiness into their state accountability plans, more than doubling the number of states using this kind of indicator. Of these states, a dozen specifically focus on work-based learning to measure high school student success.

According to Estes, these states “can take their ESSA accountability systems into consideration as they define and set performance targets for Perkins V,” because when that program was reauthorized last year, “Congress gave states the opportunity to choose a secondary CTE program quality indicator from among three options, one of which is a measure of work-based learning completion.” And this indicator “only applies to the population of students graduating high school after concentrating in CTE programs, but states can still use the opportunity to align definitions, data collection cycles and reporting between Perkins V and ESSA to elevate the importance of work-based learning in high school.”

Expanding Work-Based Learning Under #ESSA & #PerkinsV by @CTEWorks' @austin_estes "To prepare for the future of work, today’s students need to know how to navigate an increasingly fluid, tech-based workforce-and WBL can help them get there." https://t.co/lArTGZ85I4@EdCommission

According to this report from Stacy M. Brown in the Los Angeles Sentinel, the National Newspaper Publishers Association hosted a Black Parents’ Town Hall Meeting on Educational Excellence on June 25. At the event, stakeholders “engaged in a lively discussion” about ESSA. This event is a part of NNPA’s larger public-awareness campaign, where parents, community members and elected officials have an opportunity to discuss how ESSA works to guarantee that every child has access to a high-quality education.

“If you look at some of the research of the 30 million word gap study, it shows that by the time kids in poverty go to school, they’ve heard 30 million fewer words than [other] children,” said NNPA’s ESSA program manager, Elizabeth Primas, who was one of the panelists at the event.

Parents, educators, elected officials and community members engaged in a lively discussion about the Every Student Succeeds Act (ESSA), the education law that reauthorized the Elementary and Secondary School Act (ESEA) and replaced No Child Left Behind https://t.co/iFh6UHqdHj

According to John Fensterwald at EdSource, California “may soon join most states in creating a five-year high school graduation rate as a way of crediting districts and high schools that help students who return to school after senior year to earn a diploma.” This new rate wouldn’t replace the state’s four-year graduation rate, “which follows a cohort of students from ninth through 12th grades,” but “would become the key measure for the state’s own school accountability system; the new federal Every Student Succeeds Act permits this option, according to state officials. As proposed, the new rate would likely raise the graduation rate, though only slightly.”

The State Board of Education is expected to adopt the rate at its meeting on Wednesday; it would go into effect in time for the next release of the California School Dashboard.https://t.co/ErQ3bbDN3k

Massachusetts and the “uncomfortable conversations raised by school spending data”

Daarel Burnette II reports for Education Week that a number of superintendents in Massachusetts “are spending more money on schools that enroll mostly wealthy students than they are on schools that educate mostly poor students, even though the state designed its funding formula to do the exact opposite.” In addition, “some schools are outperforming other schools even though they’re receiving significantly less money.” This is all according to a new Massachusetts Business Alliance for Education report that reviewed school-spending data provided by the Massachusetts Department of Elementary and Secondary Education under a provision of ESSA that requires states to report school-level spending data.