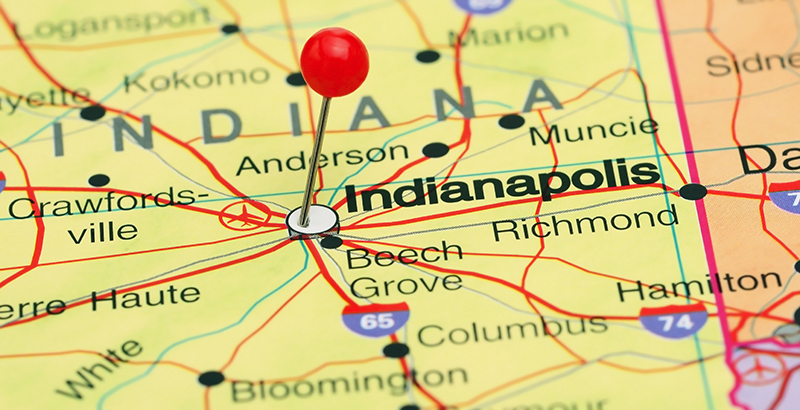 Virginia Democrat Rep. Bobby Scott told state school chiefs at the CCSSO Legislative Conference this month that while the Every Student Succeeds Act gives states “more flexibility on setting policy and complying with federal law, it is not ‘a blank check,’”Alyson Klein reports for Education Week. (The 74’s Carolyn Phenicie also reported from the event: “Scott again raises ‘disheartening’ issue of subgroup performance in ESSA implementation”)

Scott said he remains “concerned that many state [ESSA] plans fall short and risk continuing or even exacerbating inequalities for disadvantaged students” and “that the Department of Education is not requiring [states] to implement the law with fidelity.”

"The top Democrat in Congress on education issues told state schools chiefs Tuesday that while the Every Student Succeeds Act does give them more flexibility on setting policy and complying with federal law, it is not "a blank check." https://t.co/yGC1xhb1M2 via @politicsk12

Scott also expressed disappointment “that many states are still ignoring subgroup performance,” noting that “some state accountability systems allow schools to receive ‘top rankings’ even though vulnerable students such as minority students, English-learners, and those with disabilities may be falling behind.”

According to Scott, these kinds of systems “do not live up to the promise of ESSA … The Department’s approval of state plans continues to be cause for concern.”

Klein reports that “Scott’s rhetoric was nothing new. He and Sen. Patty Murray, D-Wash., have long taken issue with state plans on their handling of vulnerable groups of students, as well as U.S. Secretary of Education Betsy DeVos’ plan-approval process.”

See below for more ESSA news:

“Districts and states looking to invest in principals and school leaders, particularly as a strategy to improve schools, may be able to tap into federal Title I funds to help foot the bill,” writes Denisa R. Superville in Education Week. A new RAND Corporation report took a look at the Wallace Foundation’s Principal Pipeline Initiative and found improvements in student achievement, which “bolsters the argument that Title I funds could be used for additional school leadership programs that are generally considered part of the pipeline, including selection, training, and mentoring of new principals.”

RT @fbrownLF: The research on the #PrincipalPipeline meets the qualifications for evidence as outlined by ESSA. This means principal pipelines are eligible for Title I and Title II funding. It's time to use our limited resources to support effective leadership! @WallaceFdn pic.twitter.com/hkiI1xEvjM

.@NatUrbanLeague dropped its report card on state #education plans. See what it shows about YOUR #school system: https://t.co/txgnNixZhd. #NatUrbanLeague pic.twitter.com/00OTvFqwF6

The report looks at “resource equity, educator equity, and supports and interventions for struggling schools,” and states were assigned a rating of “poor,” “sufficient” or “excellent” on each metric. NUL notes that “these evaluations serve as a ‘preliminary indicator’ of how states plan to implement the policy.” Overall, the report found nine states to be “excellent,” 20 to be “sufficient” and eight to be “poor.”

According to Kate Stringer here at The 74, Indiana recently released “one of the most detailed reports to date regarding how foster youth are doing in school.” This positions the state as a leader on the topic, as ESSA “now requires all states to report academic data for these students, and many have yet to comply.” While the law requires states to publicly report “the graduation rates and test scores of students in foster care,” Indiana “tried to go a step beyond with its data collection, requiring schools to share grade retention, suspensions and whether these students attended failing schools.”

#ESSA now requires states to report on the academic progress of foster-care youth. However, many states have yet to comply. Here's Indiana's approach: https://t.co/x9bZ6DAAJY