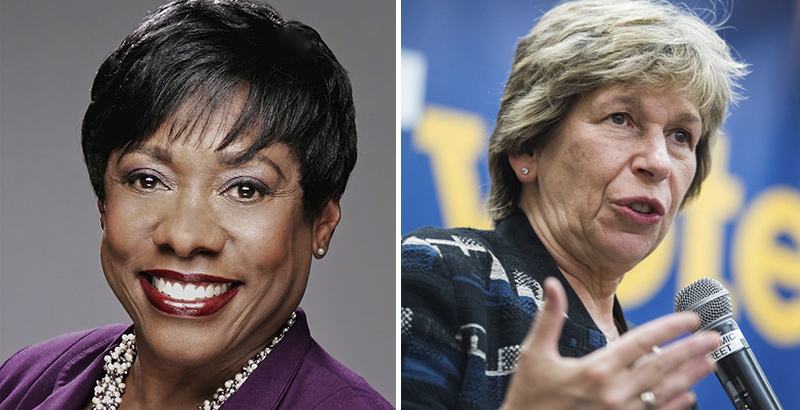 Last week teachers unions expressed support for mandatory COVID vaccinations for all public school employees who come in contact with students or other staff members.

Actually, the presidents of the two national teachers unions expressed support for mandatory vaccinations for some public school employees — other than those who receive a medical, religious, or other exemption. Those exempted employees should be tested regularly, provided it is collectively bargained.

Even with those strings attached, it amounts to a major shift in tone for both the National Education Association and American Federation of Teachers. For months, both unions touted the virtues of COVID vaccinations, and lobbied tirelessly to prioritize teachers and other school employees for vaccines at a time when they were in short supply. But on the one occasion a union leader suggested a requirement, she walked it back soon after.

Union spokespersons were starting to feel uncomfortable explaining to the media why they insisted on vaccines being available before returning to the classroom, but wouldn’t insist that teachers get them.

“So will the NEA be supporting a mandate that teachers get the COVID vaccine?” she asked.

After a 171-word answer from Anderson that never got around to the question, Elliott persisted.

“So is that a no, you don’t support a vaccine mandate?” she asked.

“Well, we’re looking at that question right now with our leaders,” Anderson replied. “We’re talking with members across the country.”

Anderson also didn’t provide a direct answer to Elliott’s next two questions. “So what would it take for your members to support vaccine mandates?” she asked. “And I also have a question about, you know, should an unvaccinated teacher even be in the classroom?”

Three days later, NEA released a statement from President Becky Pringle under the headline, “NEA announces support for educator vaccine and testing requirement.” But the actual statement was less comprehensive.

“Appropriate employee accommodations must be provided, and paid leave and readily available sites should be available for vaccinations,” Pringle said. “Employee input, including collective bargaining where applicable, is critical.”

Pringle also expressed support for “regular COVID-19 testing in lieu of vaccination for those not yet vaccinated or those for whom vaccination is not medically appropriate or effective.”

Over at AFT, President Randi Weingarten made national headlines on August 9 when she announced her support for vaccine mandates, but the resolution unanimously approved by the union’s executive council three days later was a lot more nuanced. For one thing, it does not mention any support for mandatory vaccinations or testing.

“Moving forward, we will bargain the impact of these vaccination policies,” the press statement said.

Reaction from affiliates of both national unions has been mixed. While unions like the California Teachers Association and California Federation of Teachers also made the shift to supporting vaccine and testing requirements, others appear to have been taken off guard.

Last Friday Jeremy Shay, president of the Spokane Education Association in Washington, said he doesn’t support a mandate. “We’ve shown that you don’t need to be vaccinated to run schools safely. We did it last year,” he said.

Osa Tui, president of the Hawaii State Teachers Association, told reporters that a vaccine mandate “may cause more teachers to leave the profession.”

He had other objections.

“Our teachers have second jobs, third jobs sometimes, when are they supposed to get tested?” he asked, adding that “some of the insurances will not pay for COVID testing.”

The nation’s largest local teachers union, the United Federation of Teachers in New York City, may also have the nation’s largest backlash. A petition has appeared on Change.org in firm opposition to any vaccine or testing mandate for New York City public school employees. As of this writing, it has more than 28,000 signatures.

Unions continue to emphasize the high vaccination rates of their members, routinely claiming close to 90 percent. These assertions are problematic for a number of reasons, especially because they lack corroboration.

The Rand Corporation asked 292 school district leaders what information on staff vaccinations they would possess by the start of school in the fall. “Twenty-eight percent said they were not collecting any information; 46 percent knew only about staff vaccinated at a district site; and 38 percent were encouraging, but not requiring, staff to disclose whether they had been vaccinated. Only 4 percent of districts were requiring staff to disclose their vaccination status,” the Rand report stated.

Taken in total, this new position by the national teachers unions seems to be a signal to districts and state governments that, for the most part, they won’t stand in the way of vaccination mandates, provided their stated conditions are met. It’s also a signal to union affiliates that it’s okay to go along.

Where this general consensus will fall apart is in identification and enforcement. Most teachers will supply proof of vaccination and return to the classroom without incident. What will happen to those who refuse to comply? What if they demand due process and union representation in an effort to avoid consequences? What happens when an unvaccinated school employee contracts COVID between his or her regularly scheduled tests?

Unions want shared decision-making on all policies affecting their members. What they don’t want is shared responsibility for any adverse outcomes. School district officials may rejoice if unions allow vaccine mandates, but they’ll stand alone if anything goes wrong.