Get the latest award-winning education journalism delivered straight to your inbox; sign up for The 74 Newsletter.

The Education Writers Association unveiled winners and finalists for the 2020 National Awards for Education Reporting on Tuesday. From student journalists to national beat reporters, 17 winners were announced across numerous categories, and for publications of varying newsroom size. Another 34 journalistic projects were named finalists for the top prizes.

Four different projects that published at The 74 in 2020 were among the honorees: 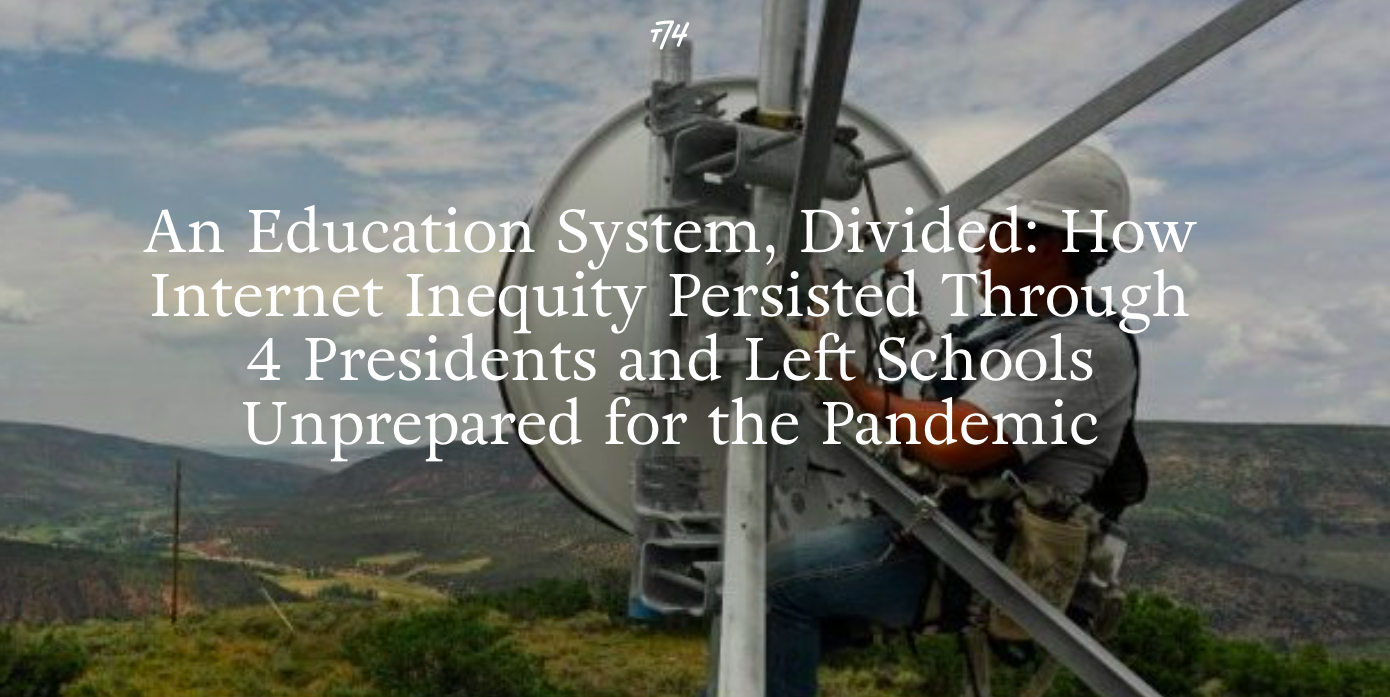 2020 Finalist for Best Feature Article: When the COVID-19 pandemic spread into American communities in spring of 2020, schools adapted by switching to online classes. But millions of families with no or limited home internet couldn’t manage that transition, drastically diminishing educational opportunities for the students who need them most. Local leaders have embraced creative solutions, loaning out thousands of devices and dispatching Wi-Fi-equipped school buses into low-connectivity neighborhoods. But the question remains: Three decades after the internet’s emergence as a boundary-breaking technology, how are vast swaths of the United States still walled off from the social, economic and educational blessings that the internet provides? The answer, told to The 74 by experts and policymakers who have worked around communications access since the birth of the internet, implicate both the public and private sectors in a prolonged failure to extend the benefits of modern technology to countless Americans. “I think the large-scale tolerance for inequity in this country gave rise to an inequitable telecommunications system,” said one. Read Kevin Mahnken’s cover story.

2020 Finalist for Investigative Reporting: No education secretary has ever been sued as much as Betsy DeVos. In four years, over 455 lawsuits have been filed against either DeVos or the U.S. Department of Education, according to The 74’s analysis of court filings and opinions. That’s the equivalent of being sued once every three days. Many of the cases, involving multiple states and advocacy organizations, were filed in response to Trump administration moves to reverse Obama-era rules in the areas of civil rights and protections for student loan borrowers. DeVos has always been outspoken about lightening Washington’s footprint in education. But in her department’s effort to grab what one education attorney called “quick political wins,” judges — even Trump appointees — are finding flaws in its approach. One exception might be the revised Title IX policy, which has already sparked four lawsuits, but might be hard for a future administration to tear down. Read Linda Jacobson’s investigation.

2020 Finalist for Best Feature Article: For some 2,500 asylum seekers in the tent city in Matamoros, Mexico in June of 2020, life had gone from hardship to hardship. They had escaped gangs and oppressive regimes only to face the regular threat of floods, kidnapping and a strict “remain in Mexico” policy set by the Trump administration. Until 2019, the camp’s children had few options but to pass their days near the foot of the Gateway International Bridge, playing with rocks and dirt or sitting idly through what should have been a day inside a classroom. That changed when two American volunteers opened The Sidewalk School, just 3 miles from the U.S.-Mexico border. By last summer, the school had grown to a staff of 11 teachers, with 235 students ranging in age from 1 to 16. Now it was facing a new challenge: educating during a pandemic. With $20,000 in its coffers, the school bought tablets and decided to go virtual. But it also maintained a presence inside the camp, implementing health and safety guidelines that schools around the world were only just developing. “I don’t think people understand what an encampment is, how small it is, how people live in the woods, one on top of the other,” said school co-founder Felicia Rangel-Samponaro. “Social distancing cannot happen.” Contributor Jo Napolitano has the story. 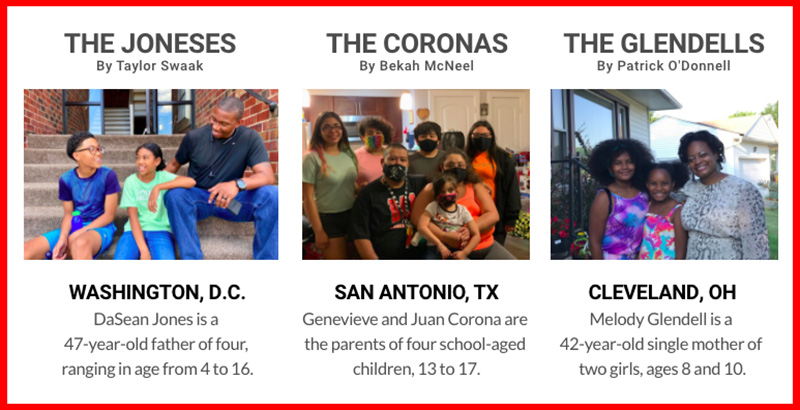 2020 Finalist For Visual Storytelling: For parents, summer vacation is both a curse and a blessing. The pressure of remote lessons is now mostly gone, replaced with the challenge of finding enough activities to keep their children busy and active. The days and weeks are filled with monotony and uncertainty, punctuated by attempts to create fun, lightness, a sense of routine and to simply pass the time. In the early days of 2020’s summer season, The 74’s Taylor Swaak, Bekah McNeel and Patrick O’Donnell each spent a day with families in Washington, D.C., Cleveland and San Antonio, and witnessed their struggles to get by. But they also observed that within the monotony is something vital: a strong core of care for one another that ties the days — somehow both endless and too short — together. Because of COVID-19, schools, jobs and most activities are not as reliable as they once were, leaving families to lean heavily on each other for a daily itinerary. See our profiles of each family, as well as our special interactive timeline of a day in the life of these families fighting to persevere.