Watch: How an Island Teacher Builds Community Bridges Through Her Hawaii School

This is one article in a series produced in partnership with the Aspen Institute’s Weave: The Social Fabric Project, spotlighting educators, mentors and local leaders who see community as the key to student success, especially during the turbulence of the pandemic. See all our profiles.

Heidi Maxie may be a math teacher, but she sees, and treats, her primary role as much more than that. Before the first spiral notebooks crack open in the morning, Maxie starts her day by making sure the students at Hawaii’s James B. Castle High School — and she knows each and every one of them — are all OK.

Maxie is “a guardian and protector” of the students and the community, said Tiffany Chitwood, Maxie’s cousin and donor to the school.

We traveled to Kaneohe, a 12-mile drive northeast from Honolulu through lush mountainous roads, to experience Maxie’s community firsthand.

Situated on “the windward side” of the island of O’ahu — so called for the prevailing trade winds that pass through the eastern side of the island — the area that Kaneohe occupies was, millions of years ago, a crater that filled with volcanic lava and debris that dropped into the ocean in a massive landslide. Now, James B. Castle High School is nestled in the valleys that spill out to the Pacific that were created, against a backdrop of soaring cliffs and ridges dense with tropical forests.

Maxie is as authentic as her land.

It’s clear that her students, their families, and her neighbors feel seen and valued by her. Walking the O’ahu campus with her over a week this past winter, we quickly learned her hours are built around a marathon of check-ins and connections with students, teachers, and the community members who sometimes show up, just to say “aloha” or to drop off fruit harvested from their backyards.

“It’s what we do in Hawaii,” said Teresann Tau’a, academy of innovation principal at Castle High School. One day, an auntie will bring all of the ripe star fruits from her tree to share, the next day someone else will bring ripe guavas from their yard in return.

So it’s easy to see how Maxie’s life is defined by the bridges she’s built not only in the school hallways but between the student body and the broader community.

“Howdy nice people!” she proclaims as she saunters into one classroom. “Hi Ms. Maxie!” the chorus replies, bright and affectionate. They’re happy to see her — and many of them have things they’ve been waiting to share with her.

She doesn’t just greet students at James B. Castle, she prompts them: “How are you doing? Are you OK?” Some kids answer with a perfunctory “fine.” Several, though, stop and talk to her about their lives. They trust her, and they know she cares — and listens.

It’s from all of these check-ins with students that Maxie has been able to identify root causes of — what may seem to many to be — surface problems. On one recent occasion, Maxie noticed some students were sleeping in her class. “Before going from zero to mad, find out what’s going on,” she said. “Maybe they haven’t eaten.”

Food insecurity, she discovered, is affecting many of the school’s students. So she leapt into action and established an angel fund to allow students in need to buy lunch — discreetly. Then, she rallied the community to donate and help grow the fund. As more food became available in the school, Maxie said the sleeping stopped, grades improved, and, in at least one case, a student who was off track wound up graduating on time.

Walking the open-air hallways during class time, Maxie noticed a student with his head down on a picnic table in the courtyard. He should’ve been in class, but Maxie didn’t prod him about it. He’s typically a good kid, and he knows he’s acting out. “Are you OK?” she asked. “Yes, Ms. Maxie,” he responded, and put his head back on the table. Things are rough at home for him right now, Maxie knew, and badgering him about skipping class in the moment will only make things worse. Again, “before going from zero to mad,” she’d just check in on him again later — to guide and support, rather than to scold and discipline.

Maxie’s connection to the students is what enables her to think outside of the box and create unconventional supports at the school. She noticed students consistently being sent to the principal’s office for dress code violations, particularly when repeated violations are uncharacteristic of the student. In talking to the teens, Maxie learned that it wasn’t about disrespect — it was about lacking access to appropriate clothing.

One student, for example, was being cited for dress code violations, as her clothes didn’t fit — because they weren’t hers. She had been staying with a friend for several weeks because of an unstable situation at home — but her departure was so abrupt that she didn’t have her own clothes with her, and had been borrowing from her friend’s family.

Maxie stepped in, created a school-wide clothing rack for these students, and again inspired community donations — including the installation of a washer and dryer on site for students who not only need clothing, but need clean ones, too.

The public steps in when Maxie asks, because she steps out into the community to support them, too. For example, once a week Maxie does the grocery shopping for Auntie Jackie, her 90-plus-year-old neighbor who has powdered doughnut holes for breakfast every day. During our recent visit, Maxie even hit the road twice in a single week when the doughnuts ran out early, trying three different markets unsuccessfully for powdered replacements. Beleaguered, Maxie went to Auntie Jackie’s to deliver the news, with the promise to try again the following day, but Auntie Jackie didn’t mind — she was just thrilled to see Maxie and was touched by her effort.

This is where Maxie’s role in Kaneohe and at Castle High School comes full circle. The school is a community center of sorts, and the town comes together on and off campus. Knowing what her students need and embracing the power of community to fix it helps teens focus on what matters most, both growing as students in school, and developing as members of society outside of school.

“When you have someone who has a need, it’s all, ‘One Ohana’ here, ‘One Family,’” Chitwood said. “So you do what you can to try to help out and make your community better.”

Watch our full documentary for an eye-opening visit to Castle High School and the chance to meet an inspiring community leader in Maxie, who’s woven a tapestry of community and compassion through both her school and town.

Disclosure: The Walton Family Foundation provides financial support to both the Weave Project and The 74.

Jim Fields is a video director at The 74. 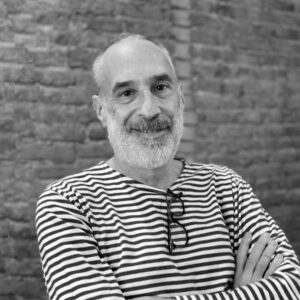