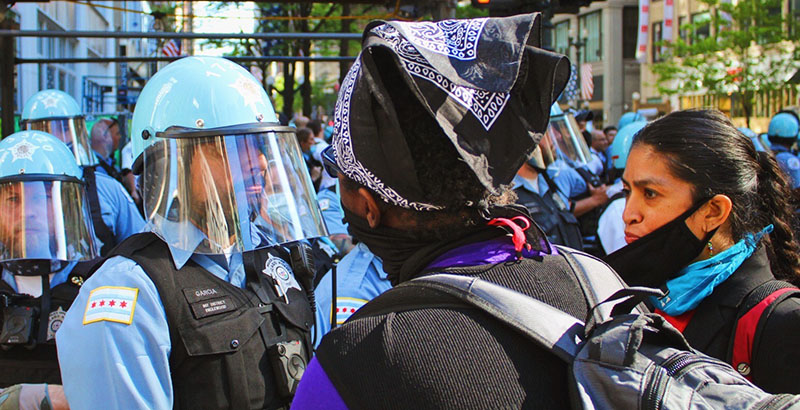 I wish I had something nice to say right now. I wish I could write something inspiring to provide hope in such a dark time. But I can’t. I’m sad. I’m scared of what America is and what America stands for. On Saturday, I joined a Black Lives Matter protest in Chicago, one of many occurring around the country to spotlight the racial injustices occurring right now. It was my first. I’m 17 years old, and I’ve been afraid to go to a protest since Feb. 26, 2012, the day a 17-year-old boy named Trayvon Martin was killed because of the color of his skin. 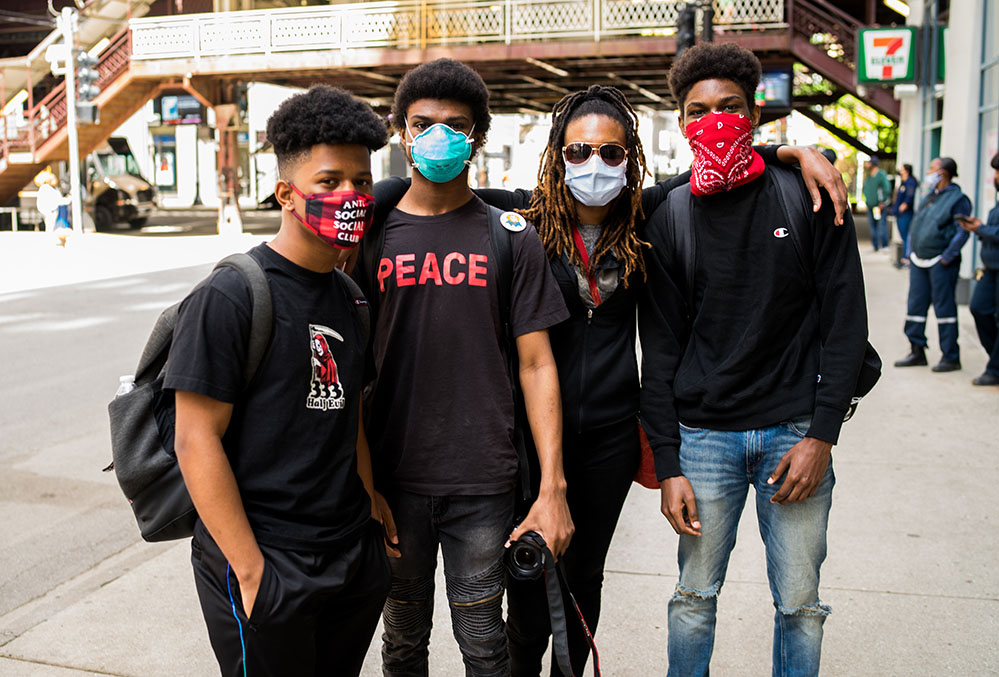 Jimmy Rodgers, second from the left, in Chicago May 30 to protest the death of George Floyd. (Jimmy Rodgers)

It truly warmed my heart to see such a diverse group of people at the protest. But the reception the protests received afterward in many corners of the country broke my heart just as fast. It hurt me because for the first time in my life, I realized that America is so racist that when you protest racism, it’s considered to be protesting America. It hurt me because I realized that for too many in this country, kneeling on a man’s neck for over eight consecutive minutes is the American way. I cried, which was new for me, because as a black man I’ve never been allowed to have a moment of weakness. But it’s all truly overwhelming. I understand that not all cops are bad people, but as the old saying goes, “One bad apple can spoil the bunch.” Even as a little boy I was taught this, to be responsible for those around me, so it baffles me that grown men cannot fathom why we as a nation are angry with them all, whether they be good or bad. 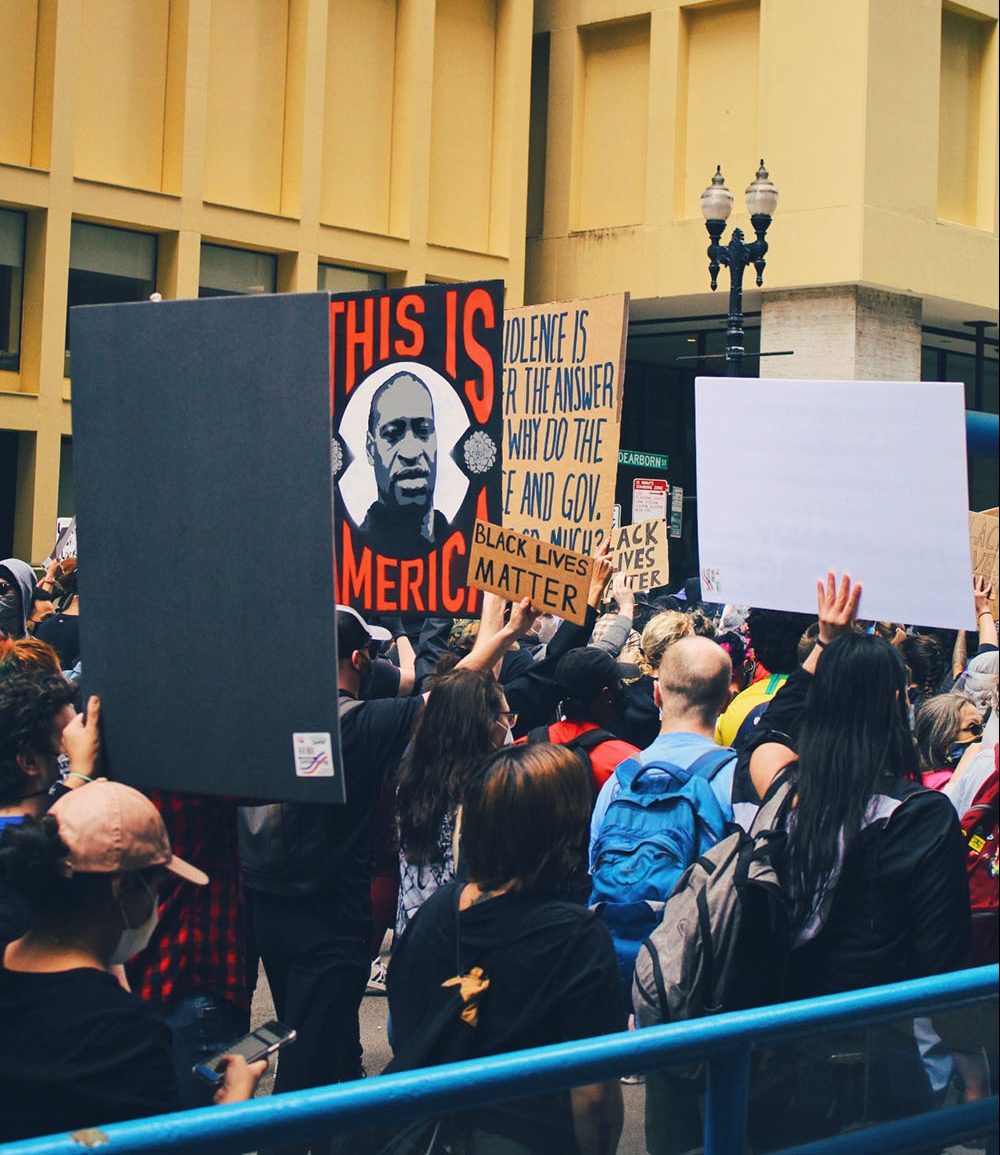 The fact that Derek Chauvin, the officer who snuffed the life out of George Floyd, has so much faith in a system to do what he did not only in front of three of his colleagues, but also in front of all of America on social media, shows that the system itself doesn’t care about black people. Since the incident, Chauvin has been charged with second-degree murder, and the three other officers have been charged with aiding and abetting him. 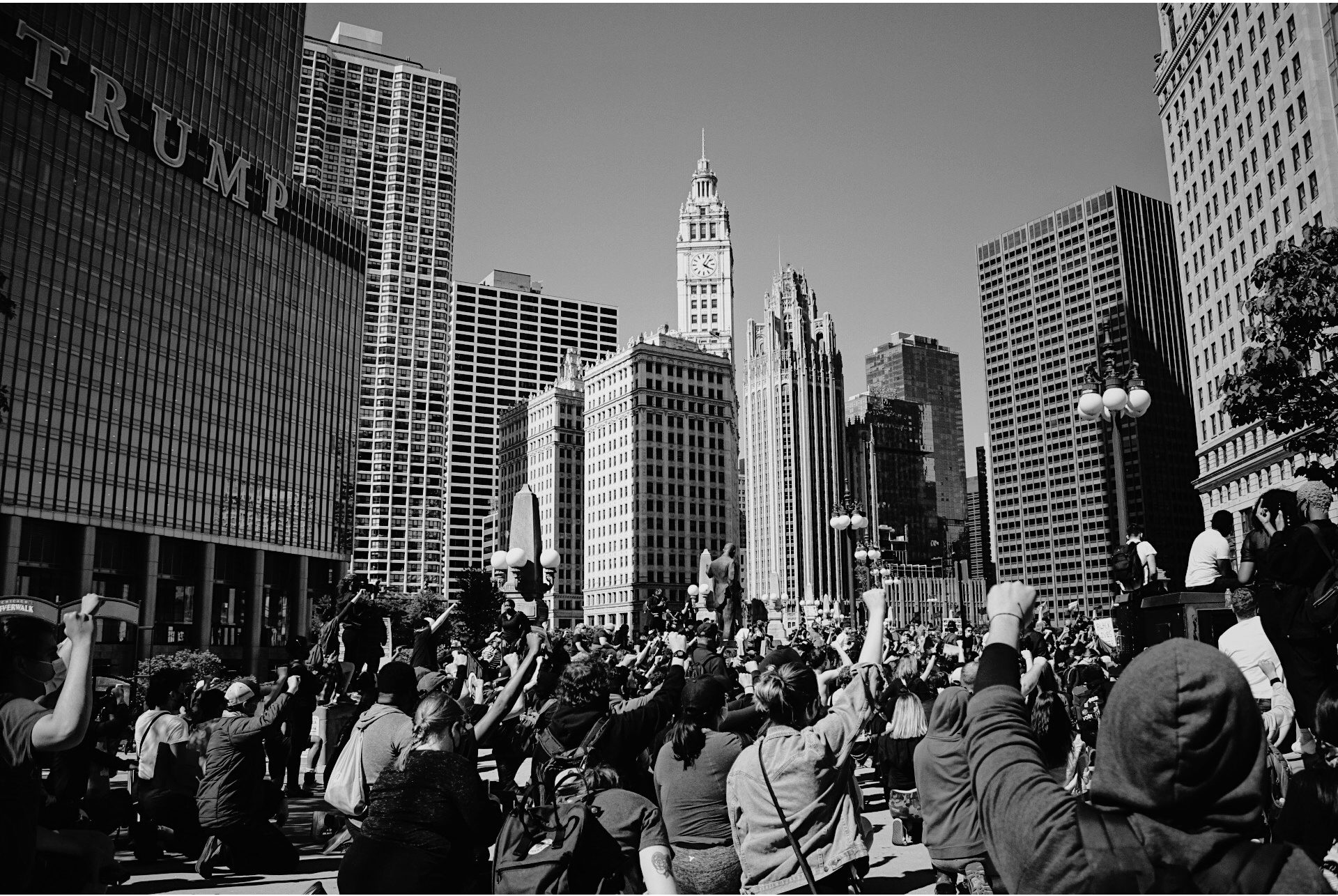 But to me, it’s clear that the problem doesn’t begin with the officers. The entire system is flawed. It’s as if the tree the spoiled apples come from was used to lynch black men. Not until that tree is cut down, the system destroyed, redesigned, then rebuilt, will a change be made to the edifice this country is built upon. I cannot sleep at night knowing that my great-grandma, who recently passed away, was subjected to tear gas during civil rights protests, and here I am, seeing black girls and boys who look exactly like she did getting the exact same treatment. Not nearly enough changed in her 96 years of living. America is somehow still the land of the free and home of the slave.

Jimmy Rodgers, 17, is a junior at George Westinghouse College Preparatory High School in Chicago. He’s a journalist, photographer and aspiring physicist and teacher.