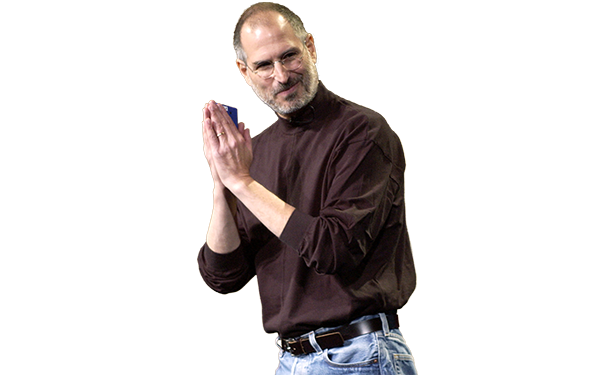 Five years after his death, we’re still talking about Steve Jobs.
Earlier this year, the 2015 movie about his life won two Golden Globes, including one for Aaron Sorkin’s script. His quotes still spur stories. Even at this year’s Super Bowl near San Francisco, journalists found a surprising Steve Jobs angle. So now seems as good a time as any to highlight (as other folks rightly did after his death) that Jobs, the Apple visionary, was a passionate supporter for school vouchers, and to add what hasn’t been explicitly noted, which is that he was, by conventional perceptions, an especially liberal one.
(More from The 74: Why the Apple Story Is Also an Education Story)
Skeptical? Jobs, the adopted son of a repo man, took a deep, lifelong dive into Eastern religions. He cultivated an organic garden. He was pretty much vegan (and at one point, a fruitarian). In his younger days, he dropped a lot of acid, dropped out of college and went to work barefoot. For years, he avoided deodorant. His company was all in for gay rights. He couldn’t get enough of Bob Dylan. And the kicker to his most famous speech, his 2005 commencement address at Stanford, was a quote from the crunchy-granola “Whole Earth Catalog.”
To be clear, I don’t care if Jobs was “conservative” or “liberal.” But tribal politics being what they are, I know many people do put stock in labels, including folks on the left who have somehow come to believe that expanding opportunity through school choice is out of synch with their “progressive” values. So, for them, it’s worth noting what Jobs, this counterculture kind of guy, had to say about school choice:
“I believe very strongly that if the country gave each parent a voucher for $4,400 dollars that they could only spend at any accredited school several things would happen. Number one schools would start marketing themselves like crazy to get students. Secondly, I think you’d see a lot of new schools starting. I’ve suggested as an example, if you go to Stanford Business School, they have a public policy track; they could start a school administrator track. You could get a bunch of people coming out of college tying up with someone out of the business school, they could be starting their own school. You could have 25-year-old students out of college, very idealistic, full of energy instead of starting a Silicon Valley company, they’d start a school. I believe that they would do far better than any of our public schools would. The third thing you’d see is I believe, is the quality of schools again, just in a competitive marketplace, start to rise. Some of the schools would go broke. A lot of the public schools would go broke. There’s no question about it.

“It would be rather painful for the first several years, but far less painful I think than the kids going through the system as it is right now. The biggest complaint of course is that schools would pick off all the good kids and all the bad kids would be left to wallow together in either a private school or remnants of a public school system. To me that’s like saying ‘Well, all the car manufacturers are going to make BMWs and Mercedes and nobody’s going to make a $10,000 car.’ I think the most hotly competitive market right now is the $10,000 car area.”

It’s worth reading Jobs’ remarks about public education in full, because he also says interesting things about unions, monopolies, parents and consumers. For now, a few things worth noting …
First, as Jay P. Greene pointed out after Jobs died in October 2011, the Apple CEO made similar comments as late as 2007. So these snippets above, from a 1995 interview with the Smithsonian Institution, aren’t an anomaly.
Second, Jobs came of age in an era where parental choice wasn’t saddled as it is now with the “right wing” label slapped on by critics and sealed by the press. In fact, he and Cupertino, Calif.-based Apple would have been right there, at the epicenter of a voucher quake, when liberal Berkeley law professors Jack Coons and Stephen Sugarman led a late ‘70s effort to make school choice the law of the land in California.
Third, while Jobs was even more stereotypically “left” than many other overlooked folks who appreciate school choice, his arguments echo the market language associated with conservative and libertarian choice backers. I like it. I know he was a business guy. But I still see Jobs as another example of how thoughtful rationales for choice organically arise from a wide range of different worldviews, and how often they’re complementary rather than competing.
Maybe Jobs didn’t use the language of justice and opportunity to make his case for choice, like Martin Luther King III did before 10,000 people in Tallahassee last month. Maybe he couldn’t personally testify to how educational choice changed the trajectory of his life, like this young man and his mom from Miami's Little Havana did. But I don’t doubt, given everything I’ve read about him, that he thought more choice in education would open more doors for working-class kids like him.
Jobs’s aim in life was to make things of incredible quality, power and usefulness accessible to everyday people, and I don’t know many folks who think he fell short. It’s no surprise he thought unleashing the same forces could do wonders for public education, too.
Submit a Letter to the Editor
April 18, 2016 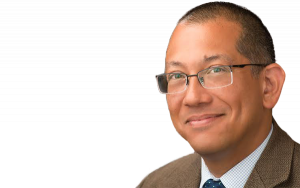 Ron Matus is a former state education reporter for the Tampa Bay Times and now director of policy and public affairs for Step Up For Students, a nonprofit that helps administer Florida’s tax credit scholarship.