Scratch This: The Fall (and Possible Rise) of State Lotteries in Education Funding 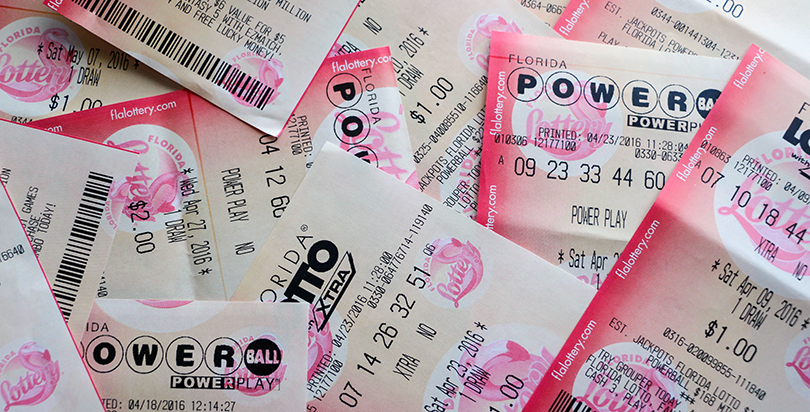 The purchase of a lottery ticket offers an assurance of virtue with its promise of vice. Shell out for a Powerball or scratch ticket, ads declare, and you’ll be making a deposit to your state’s education fund — customers, local businesses, and students all benefit. If there can be such a thing as a win-win in the transactional arena of budget-making, surely this is it.

Today, 15 states dedicate all or most of their lottery proceeds to schools, including California, New York, and Texas. Across the country, lotteries generate around $70 billion in annual sales, more than the combined profits from music, books, video games, and tickets to movies and sporting events.

The expansion of gaming over the past half-century from bingo nights to racetracks to lotteries and casinos reflects not just weakening taboos around playing games of chance, but also the need for more revenue in state budgets. In conservative states, where resistance to tax increases is especially strong, Democratic governors have repeatedly turned to lotteries to offset shortfalls: Of the 10 Southern states that added lotteries since 1987, nine were led by Democrats at the time.

And yet, more than 50 years after New Hampshire adopted the first modern lottery in the U.S., dissatisfaction has grown alongside profits. Media outlets report that fewer ticket proceeds are being directed toward classrooms, and politically minded late-night hosts like John Oliver lampoon marketing directed at customers who can scarcely afford the cost of a regular gambling habit.

Now lawmakers in several states, increasingly frustrated with how little lotteries have contributed to school funding — especially given the lavish promises that led to their creation — are pushing for change.

On Tuesday, the Oklahoma Senate approved a measure, already passed by the House of Representatives in March, to end a state mandate that sends 35 percent of lottery profits to schools. With more flexibility, supporters argued, the state would be able to increase payouts, which could boost sales and yield more funding than ever for the state’s 700,000 students.

“There’s $110 million on the table for education in the first five years,” says Jay Finks, the Oklahoma Lottery Commission’s director of marketing and administration, citing estimates. “Make this small change to the law, let us operate a little more efficiently, and we’re able to return significantly more money to our state beneficiary, Oklahoma education.”

The change is an attempt to square the financial projections of the lottery’s original supporters, who predicted that it could generate as much as $300 million annually when it was instituted in 2005, with the disappointing reality: just $66 million in 2016. Meanwhile, between 2006 and 2014, per capita student spending declined by nearly $350 despite lottery revenues.

“There’s definitely been a lot of disillusionment in Oklahoma about the lottery,” says Gene Perry, policy director at the Oklahoma Policy Institute. Perry has questioned the use of lotteries for patching large budgetary holes: “Whenever we talk about education funding, we almost always get the question of, ‘Well, wasn’t the lottery supposed to fix all this?’ ”

Although Oklahoma’s fiscal shortfalls are greater than most — teachers there are among the lowest-paid in the country, and one-third of its districts now operate on a four-day week — it isn’t the only state where people wonder why the lottery hasn’t delivered.

(The 74: Oklahoma Teacher of the Year Won’t Get a Raise Soon)

In Georgia, the state legislature passed a law tying growth in ticket sales to automatic increases in contributions to pre-K programs and the popular HOPE (Helping Outstanding Students Educationally) college scholarships. (The legislation was watered down from an even stronger version that had already made it through the Senate.) The New Mexico House of Representatives passed a bill earlier this year requiring that unclaimed or forfeited cash prizes go into the state’s scholarship fund.

In Texas, some former legislators lament their state’s lottery law, saying it has added “zero” to schools. And in Florida, home to a lavishly profitable lottery that rakes in more than $5 billion annually (second-most in the country, after New York’s $7.9 billion), the speaker of the state legislature is suing the governor for $700 million in proceeds he believes are owed to schools.

At bottom, most of these disputes are the product of sky-high revenue expectations cultivated by lottery backers to win state approval. “To get [the lottery] passed, they represented it as 35 percent to education, and that’s what people voted on,” said David Mustard, an associate professor of economics at the University of Georgia, who remarked in an interview that the education share of Georgia’s lottery revenues has shrunk over the years. “Had voters been told it was only going to be 25 percent, would they have voted for it?”

(Perhaps not: according to Randy Bobbitt’s Lottery Wars, the 1992 referendum on creating the lottery passed by a vote of 51–49.)

Finks, of the Oklahoma Lottery Commission, echoed that sentiment. “You had the immediate failure to meet expectations because it didn’t meet what they originally sold it on,” he said. “So it’s been a grind.”

Letdown is a common theme. State lotteries have often been introduced in a fit of irrational exuberance, offering rich education funding without the pain of new taxes.

But once tickets start printing, modifying the games is a trickier political bargain. Parents and students represent a powerful constituency in favor of driving more money to pre-K programs, public schools, and college tuition. But lottery vendors, some of whom donate heavily to candidates, have their own interest in keeping statutory requirements low or nonexistent. The lottery-funded HOPE scholarship “has become the third rail of Georgia politics,” says Mustard. “It’s really hard to make changes to that without putting yourself in some political jeopardy.”

Whatever the pain, that’s a gamble politicians may be forced to make.