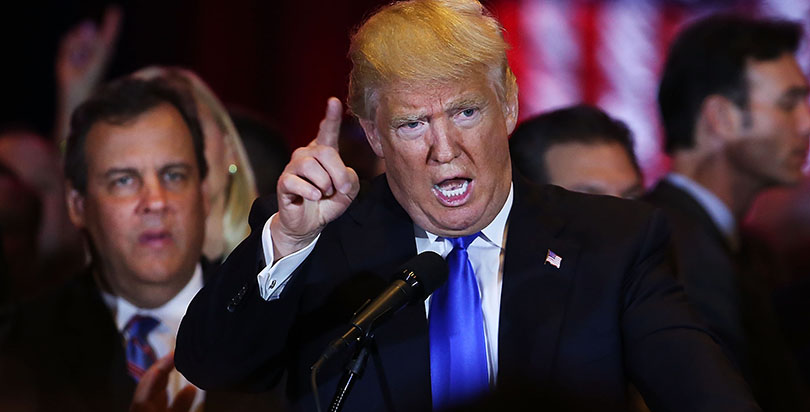 There will be plenty to say about which American constituencies won or lost with the still stunning election of Donald Trump — and what his political ascension will mean for the issues they care most about.

For education watchers, one of the most interesting stakeholders may be unions, panelists said at an event held Thursday by the conservative American Enterprise Institute.

Gerard Robinson, a resident fellow at AEI, has been advising the Trump campaign on education issues and has been rumored as a possible education secretary. He moderated the event, largely sticking to asking questions rather than answering them.

National teachers unions were huge backers of Hillary Clinton early on in the process. The 3 million–member National Education Association and the 1.6 million–member American Federation of Teachers endorsed her well before the start of the Democratic primaries and sent union volunteers out in droves to knock on doors and make calls for the eventual Democratic nominee.

(The 74: AFT Backs Hillary More on Hope Than on Hard Evidence)

And, consider that the teachers unions worked with Republicans in Congress to pass the Every Student Succeeds Act, in particular its revocation of much of the federal oversight of education policy that the unions wanted gone. That position sometimes put them at odds with Democrats and civil rights groups, who called for the law to maintain a strong federal presence and to hold schools and educators accountable for the outcomes of poor and minority students.

Given those factors, “you could imagine a scenario” where the Trump administration “will not have a reflexively anti-union” view, said Andy Smarick, a resident fellow at AEI and president of the Maryland State Board of Education.

Yet both Vice President–elect Mike Pence and, even more notably, Gov. Chris Christie, who is leading the transition, had long, antagonistic relationships with teachers unions in their states, perhaps indicating a more traditional teachers-union-versus-Republicans scenario.

(VIDEO: Chris Christie on Education When He Was Running — Dances on Common Core, Tangles With Bush on Randi Weingarten)

“Either one of those scenarios are possible, but they are very, very different,” Smarick said.

Other questions and issues to watch going forward:

1.) What does “conservative” mean to Trump?

Trump’s positions on various public policies have long been fluid and difficult to pin down with any real specificity.

It’s even unclear what “conservative” would mean to Trump, said Scott Sargrad, managing director of the K-12 policy team at the Center for American Progress.

The president-elect’s calls for a big infrastructure project hardly smack of small government and restrained spending, and his calls to limit free trade don’t fit in the traditionally business-friendly ethos of the GOP.

This dichotomy is already evident in some of his education proposals — advocating for a new school-choice program, for instance, while pushing to abolish the department that would run it, or calling to “end Common Core” as the leader of a party that typically decries federal intervention at the local level.

Perhaps Trump’s own self-important personality could provide a clue.

“You could see the case in this administration that [says] ‘I’m the one who can solve America’s problems’ — maybe the solution in a lot of cases is, let’s use the federal government,” Smarick said, referencing Trump’s convention acceptance speech when he proclaimed that he alone could fix the country’s problems.

Rick Hess, education policy director at AEI, predicted that Trump would at minimum roll back many of the edicts issued by the Obama Education Department’s Office of Civil Rights. These regulations, on issues like how colleges handle allegations of sexual assault and which bathrooms and locker rooms K-12 schools permit transgender students to use, have been a lightning rod for conservative criticism of what they see as executive overreach.

“The Obama team has very consciously made OCR something like a policy lever … I think you can be certain that OCR will be downsized and less prominent in a Trump administration. Beyond that, I think we’re all going to have to wait and watch,” he said.

2.) There’s an education budget cut coming, but how big is it?

The Trump administration will issue its first budget probably sometime in February or March. (It’s technically due the first Monday in February, but the Obama administration was routinely tardy with its submissions.) And it’s likely to be much, much smaller than what Obama advocated for schools. The president requested $70.7 billion for fiscal 2016, which ended in September, and Congress appropriated $68.1 billion.

“I will be shocked if … the U.S. Department of Education has a bigger request than it currently does,” Smarick said.

For one, there’s a mandatory budget cut coming. In D.C.-speak, it’s called the “sequester,” the shorthand for a deal worked out in 2010 to raise the national debt limit in exchange for spending cuts in the future.

Democrats in Congress and the Obama administration have cut deals that have largely minimized the impact of the sequester so far, but it comes back into play in 2017. Unlike the much-publicized 2013 mid-year cuts, the new caps would be implemented from the start. That means much less money for marquee federal education programs like Title I grants to help boost the education of poor children, special education funds and the Head Start preschool program.

Trump hasn’t seemed particularly concerned about growing the national debt, but agreeing to a sequester in non-defense discretionary programs, like education, could be an easy place to slash spending in exchange for new spending on infrastructure, border security or tax cuts.

3.) Who’s the next education secretary?

The first key signal in where the new president will devote his energy and political capital on schools will be the selection of an education secretary. Conventional wisdom and the D.C. chattering class held that Hillary Clinton was likely to pick someone from the higher-education world, both because she so focused on college affordability during the campaign and because it would avoid a union-reformer split among Democrats.

For Trump, most of the panelists predicted that a former governor or state superintendent was likely to be tapped. Given that Pence is likely to have a big hand in policy, someone from Indiana could be a good guess. Panelists suggested former governor Mitch Daniels, now the president of Purdue University, or former state superintendent Tony Bennett.

Other names suggested include:

• Former Florida governor and education advocate Jeb Bush, though his history of antagonizing Trump probably eliminates him from contention

(74 Interview: Jeb Bush — Yes on Choice and Standards, No on Trump and Clinton)

• Wisconsin Gov. Scott Walker, a former competitor who then backed Trump and helped deliver a state that had been a Democratic stronghold

(VIDEO: Scott Walker on Education When He Was Running — Doubles Down on Fighting Unions and Protecting Best Teachers)