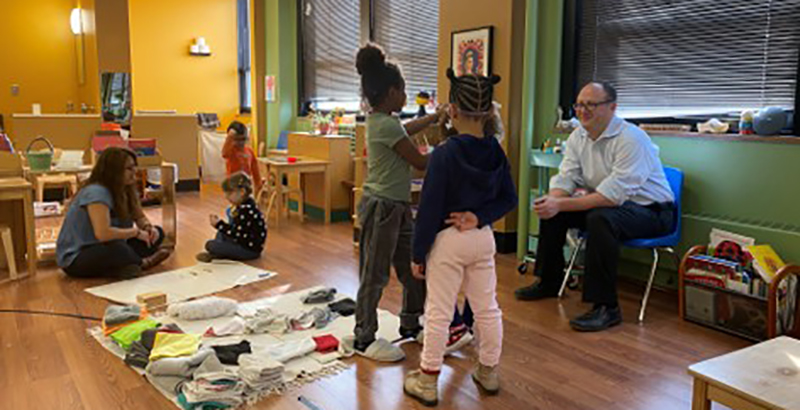 This is one in an ongoing series of brief conversations with education innovators led by Greg Richmond, founder and former CEO of the National Association of Charter School Authorizers. His “Three Questions For” series also appears on Medium. Today’s edition: three minutes with Matt Kramer, chief executive officer of the Wildflower Foundation, a network of one-room Montessori schools, each led by two teachers serving 20 to 30 students.

Richmond: People who want to open public schools have typically launched a charter school network or charter school management organization. What are you doing differently, and why?

We have a different idea for what the thing we’re creating is. We’re creating microschools that use mixed governance models, where one of the core features of the schools is that they are led by teachers who are social entrepreneurs and have authorship of the school’s vision.

So, for us, the question is, how do you support that type of construct? There are two things we’ve settled on. One of them is that we need to be supporting things in a way that is pretty flexible. We can’t have a thing in the center that interacts with the schools in formulaic ways, like requiring all schools to be charter schools.

The second is the degree of centralization. I think even within the world of charter school management organizations, there’s a wide variety of answers to the question of how much the schools are a reflection of the individual leaders’ vision of the world.

In our case, given the centrality of teacher vision for the school concept, given the way we aspire for the schools to be an extension of the teachers’ view about being professionals in the world as opposed to a more institutional concept of a school, given we want this sort of merging of school and teacher, as a blended idea in the world, then you only do the things that don’t undermine that.

And so, for example, we think of the school startup journey as a process that is led by the teacher/social entrepreneur, that they have a vision of creating a school and that our job is to help them figure out whether their school fits in with the Wildflower community, whether their values and our values line up in ways that will make this feel like a comfortable and supportive environment for them.

We set up a process where they stay as the protagonist of the story and they are figuring out what it is they want to do and how they want to do it. We want to serve as pointing people in the right direction, helping them figure out what is right.

But we start from the premise that they have within them the capability, the capacity to figure out what’s right, because we don’t need to do this for them and then to tell them the answer; we just need to help them explore this way that will connect their inner capacity to do this with the supports of the world and the information of the world. They can figure it out and make a decision.

What is a microschool? And within Wildflower, how does one microschool relate to others?

Microschool is a term that is emerging and, I think, does not have a tight definition. I hear people use it to mean more or less anything, any school that is less than 100 kids. We mean it in a particular way. And that distinguishes it from what we might generally call a small school, which is, when you think about what the minimum efficient size for school is, I think the conventional wisdom is it’s hard to run schools that are less than 250 kids or something like that.

But I’d say when you get below a certain threshold, somewhere in the 25-to-50 range, the very thing we think of as school is different. The school is no longer an institutional administrative structure. You don’t need a principal because you’re not trying to get multiple teachers to have practices that merge together and are coherent next to each other. You stop solving those problems.

And instead, the way you get coherence is you allow people’s inner sense of what they want to do in the world, the type of school they want to create, you let that come out unfiltered, unadjusted. So that is how we think about a microschool. The distinction between the teacher and the school sort of goes away.

There’s a support dimension. One thing that our teacher-leader teams want is colleagues to talk to, to share challenges with, to get advice from. Running a school can be a lonely endeavor, the way we set them up. So they want their version of colleagues, not colleagues with whom they have to take votes on what the benefits plan is going to be, but just having people they can rely on and can talk to and commiserate with. So that’s one dimension of the relationship.

Another dimension is there’s a number of ways in which the work of one school supports the work of another more formally, not just collegially. For example, when a new school is starting, they might want to rely on the marketing plan developed by a previous school. Or they might want help talking to the licenser who will be doing the licensing visit for the new school.

A third dimension is helping schools get better in more of an accountability sense.

For us, mostly what we mean by accountability is creating situations in which their peers can hold up a mirror for each other about what they see going on. That situation can be set up where people describe what they’re intending to do and how it’s going in a way that somebody else can say, “Gosh, if that’s what you’re intending to do, I’m not seeing it play out that way,” or other ways, challenging, advising.

You were at Teach for America for 10 years. Many people will not think of Montessori as being a lot like TFA. What did you learn when you went from TFA to Wildflower?

One thing that’s true of Wildflower is that we use the authentic Montessori pedagogy. Teach for America doesn’t really have a pedagogy. Because in Teach for America, the teachers teach in literally hundreds of districts, each of which has their own curriculum and pedagogy.

Long ago, Teach for America accepted the premise that we had to be preparing people to teach in a pedagogically neutral way, because ultimately, we weren’t the deciders of the question. So, the focus at Teach for America was on a set of pedagogically neutral attributes of what educational leadership means. What does it mean to be responsible for a classroom of kids, and to figure out what’s possible and to figure out how to help the kids take ownership of the goals and accomplish them?

But the big thing about Wildflower, setting aside the pedagogy, is the idea of empowering teachers to be able to lead in ways that they can bring the best of their capabilities and vision and experiences to bear, creating an educational landscape.

The thing that is, I would say, most different in terms of the experience of a Wildflower teacher, versus the Teach for America teacher, is in Teach for America, the settings in which teachers are going to teach are often not very conducive to educator leadership. Right? This is not a knock on any individual districts. It’s the very structure of a bureaucracy. The construct of a bureaucracy in a district is one that is about reducing the risk of difference across schools, and various problems that emerge from difference.

And then Wildflower, what we’re saying is, what would it look like to create a school in which teacher leadership was, instead of anathema to the structure, was actually the core asset that we’re using? 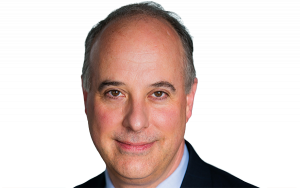