New York City parents who want to see schools stay open for their children wasted little time convening this week to pressure the city to reverse its Wednesday decision to close campuses due to coronavirus positivity rates exceeding 3 percent.

Less than 24 hours after the announcement, scores of parents protested in front of City Hall Thursday morning, many accompanied by their students.

They marched with signs that pleaded for schools to be a higher priority for city officials, helping to spark a #KeepNYCSchoolsOpen movement that was soon trending on social media. They presented a petition with more than 12,000 signatures pleading for the reopening of classrooms. And they took to the podium to offer testimony about what the closure of the school district meant for their family.

Here are the sights, signs and sounds from the protest: 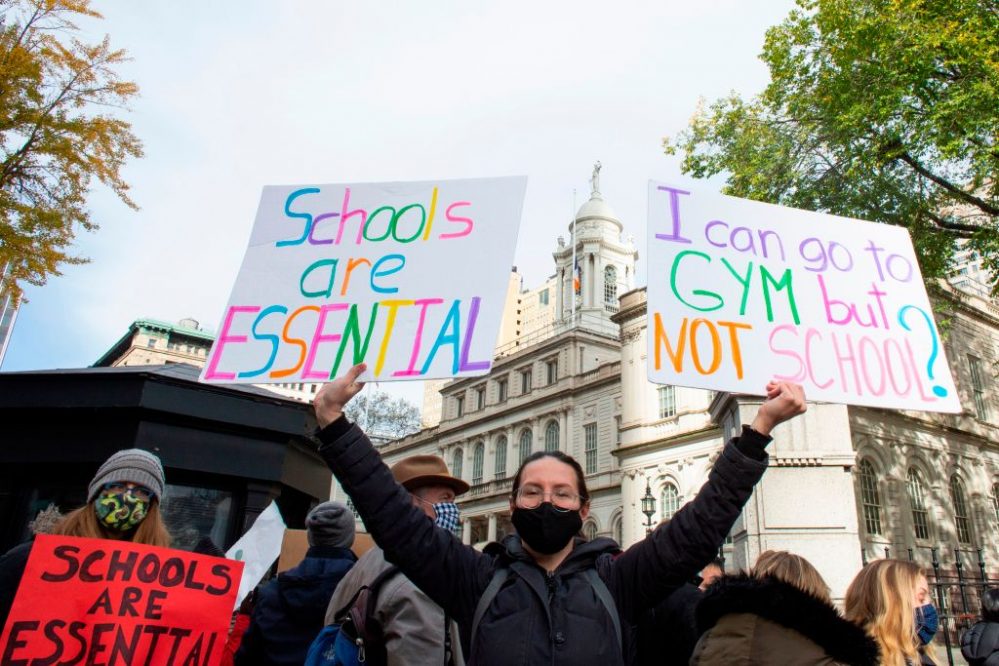 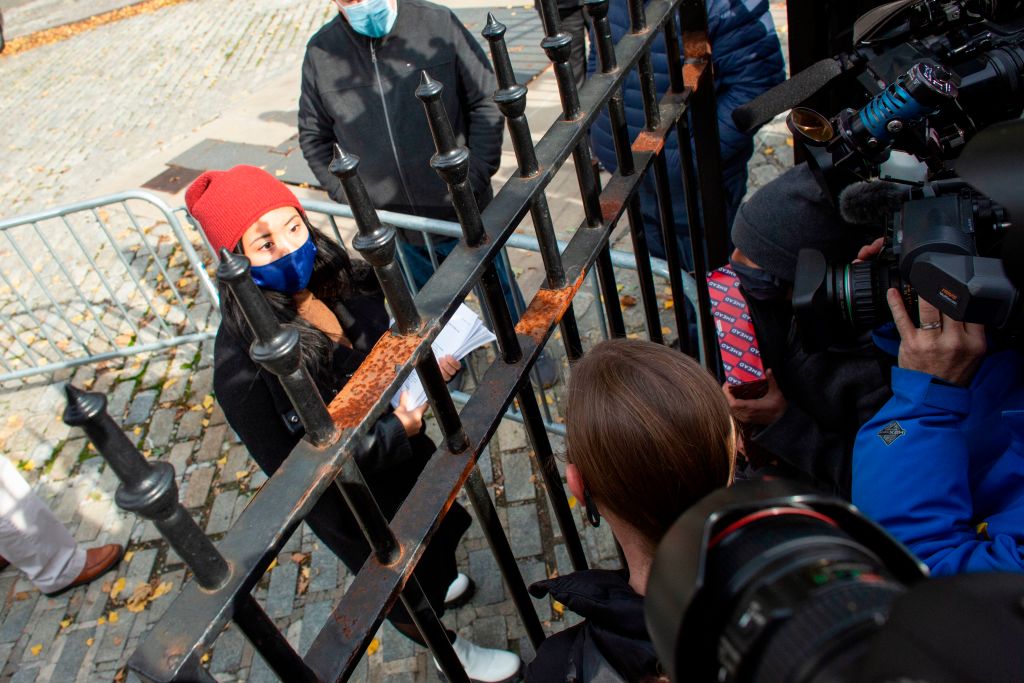 A City Hall worker receives petition from parents pleading for reopening of classrooms. As of Friday, afternoon, signatures were at 13,964 and climbing.(Kena Betancur / Getty Images) 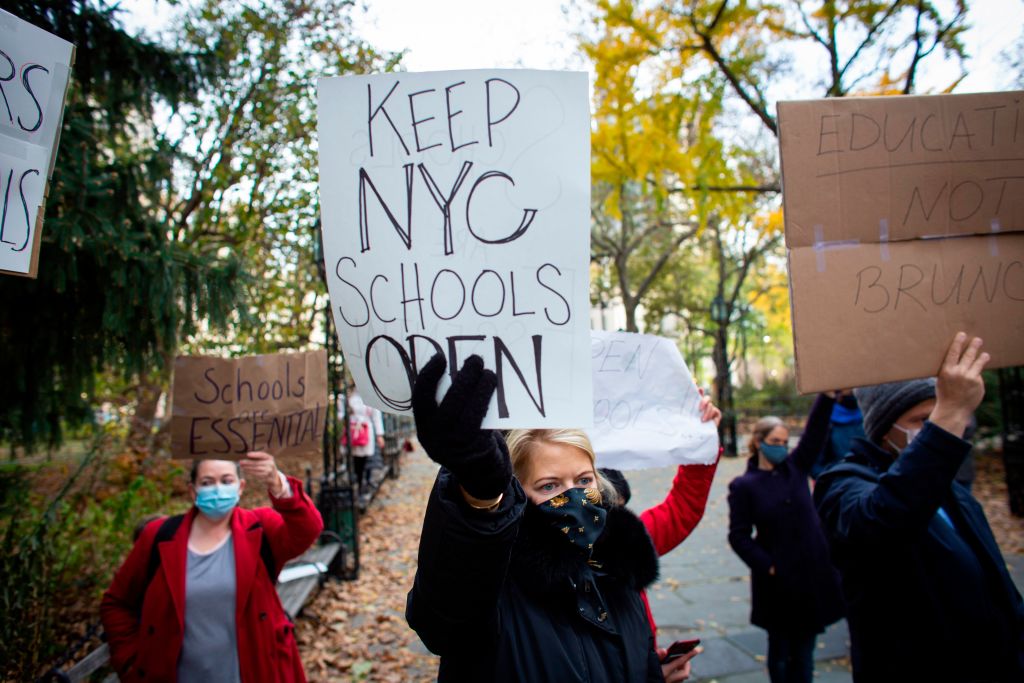 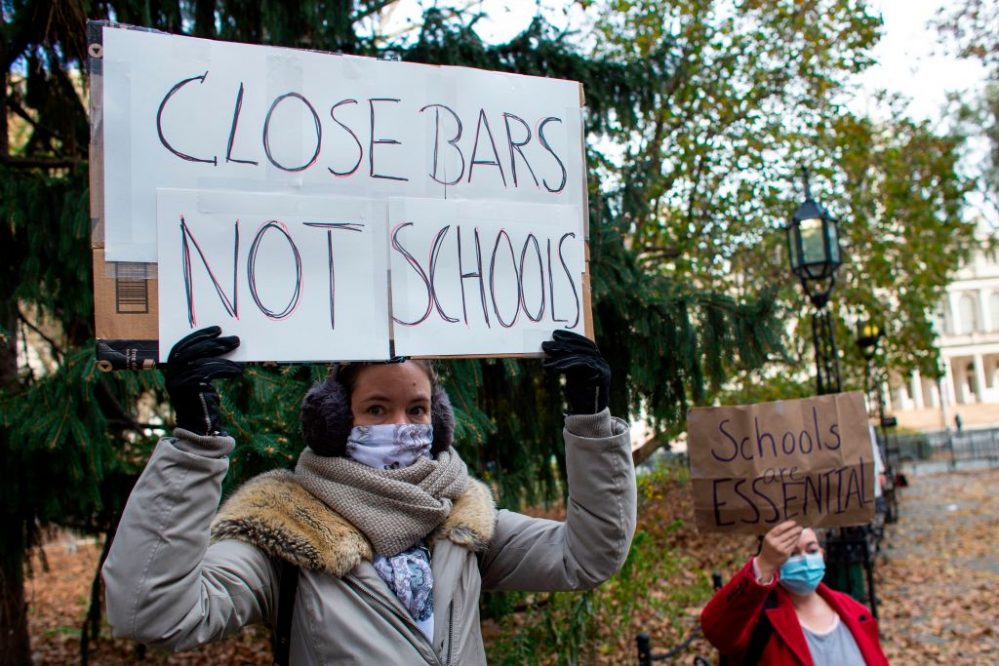 Protesters outside of City Hall highlight that restaurants, bars and gyms are still allowed to remain open everyday until 10 p.m. (Getty Images) 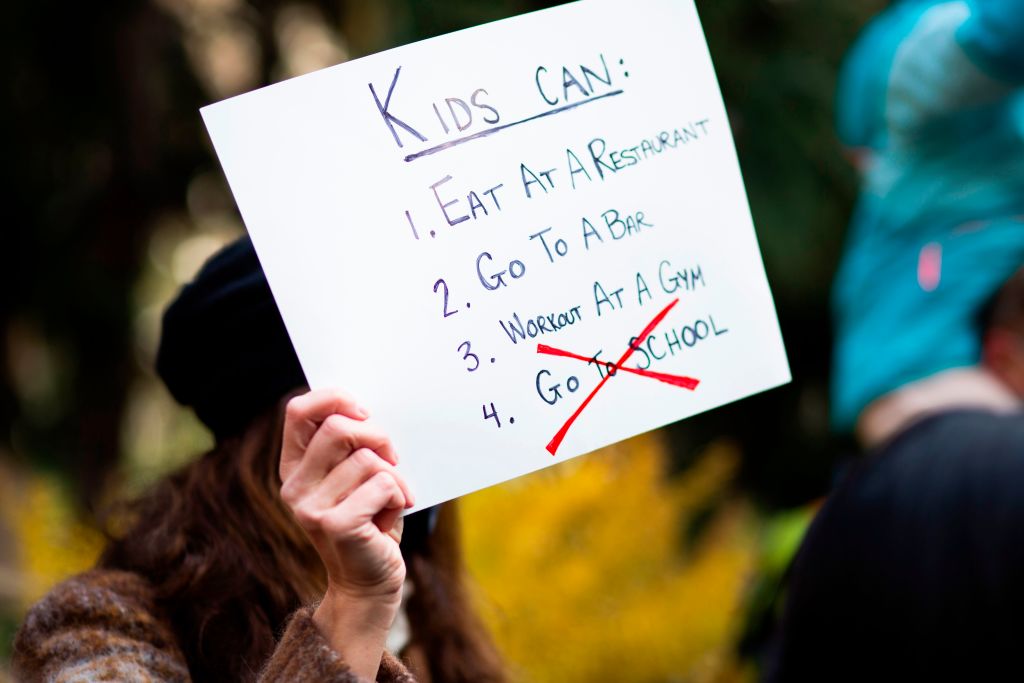 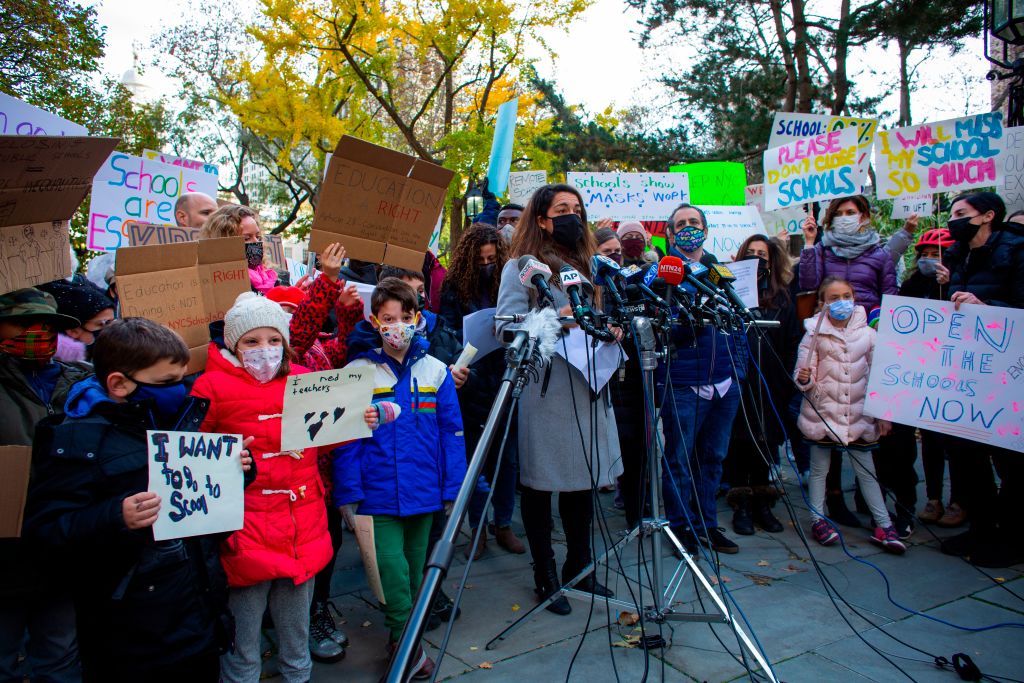 Natalia Mehlman Petrzela, a professor at The New School in Manhattan, gave a speech in front of City Hall. “New York City has not faced this particular form of educational inequality since the 19th century,” she said. (Kena Betancur / Getty Images) 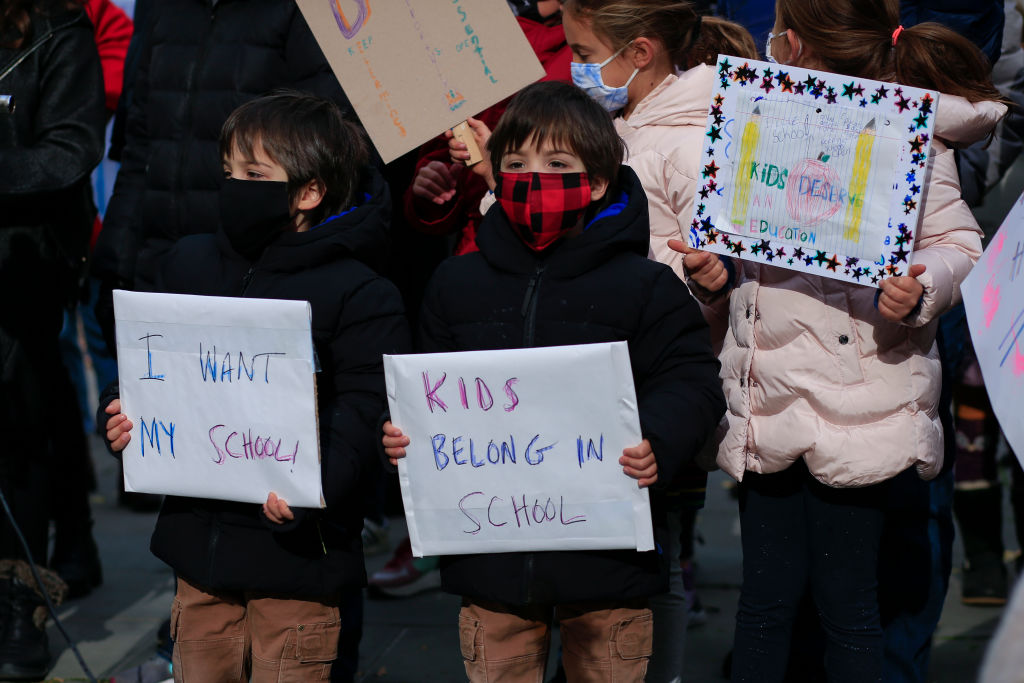 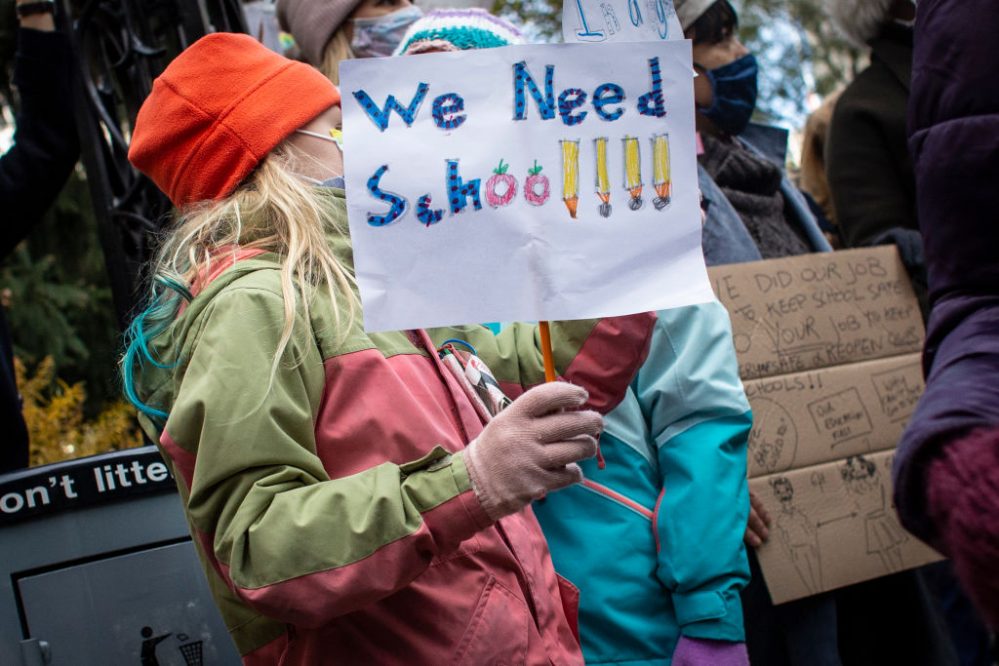 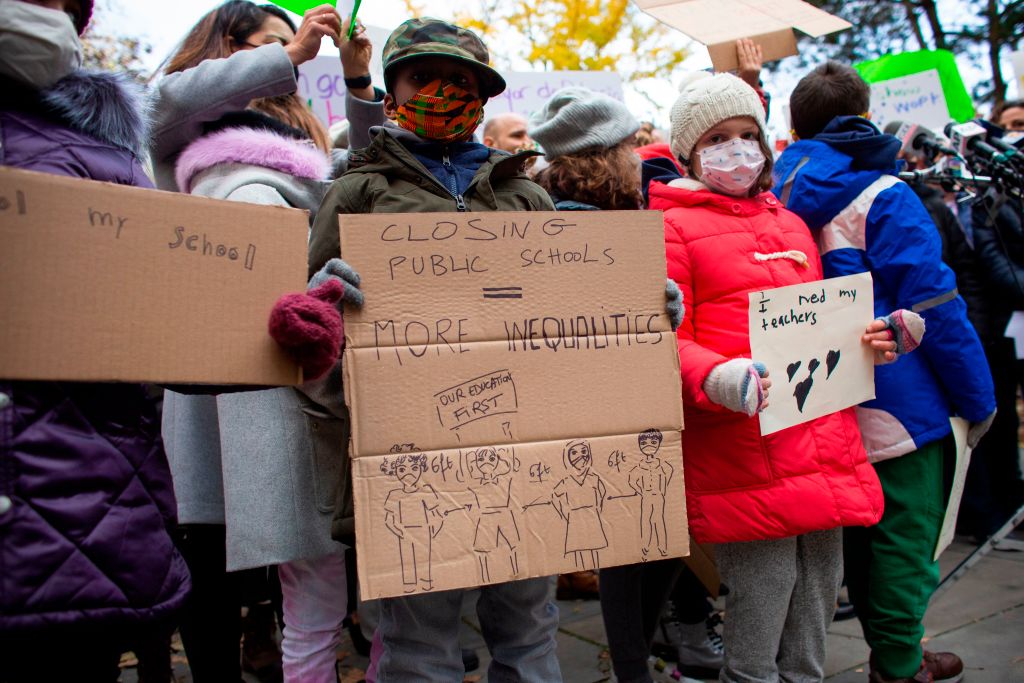 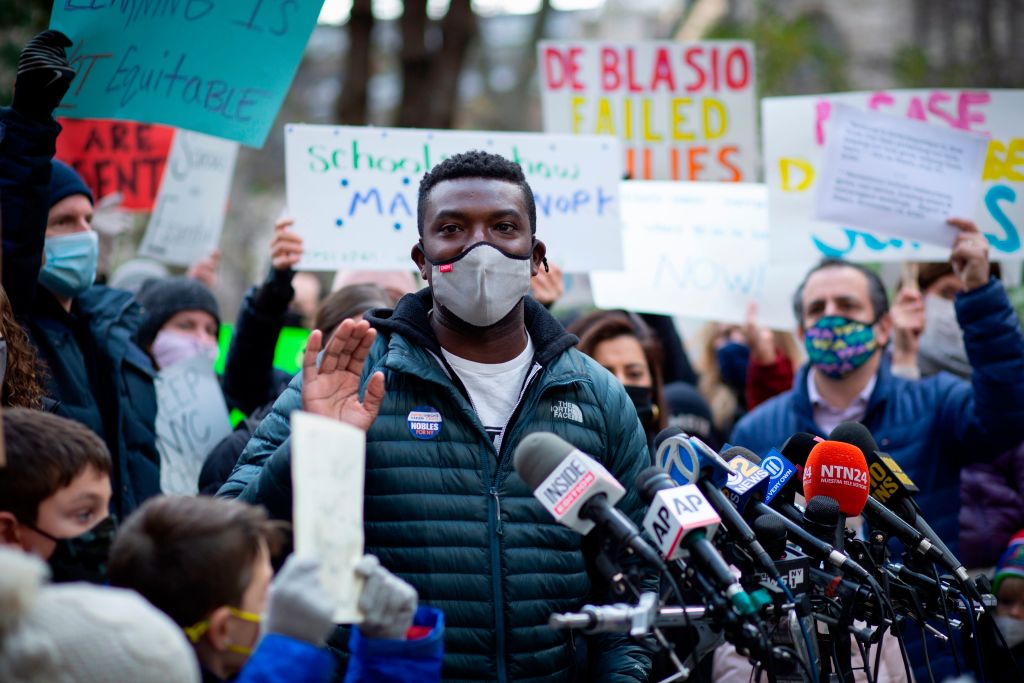 Meanwhile, while parents gathered at City Hall, here was the view at several of the city’s schools: 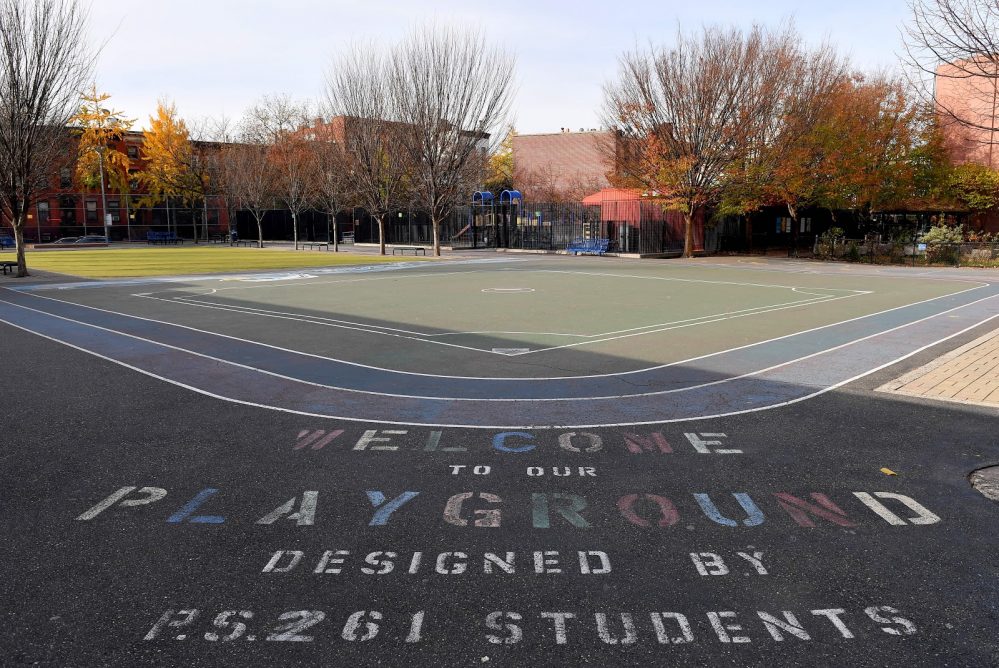 A closed schoolyard at P.S. 261 in Brooklyn (Getty Images) 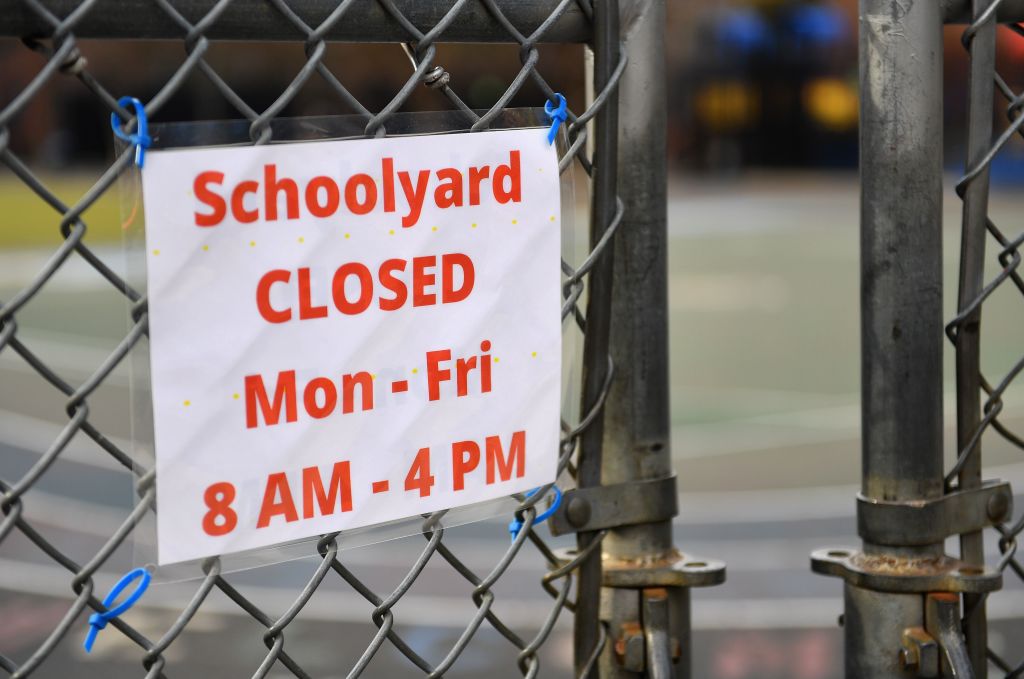 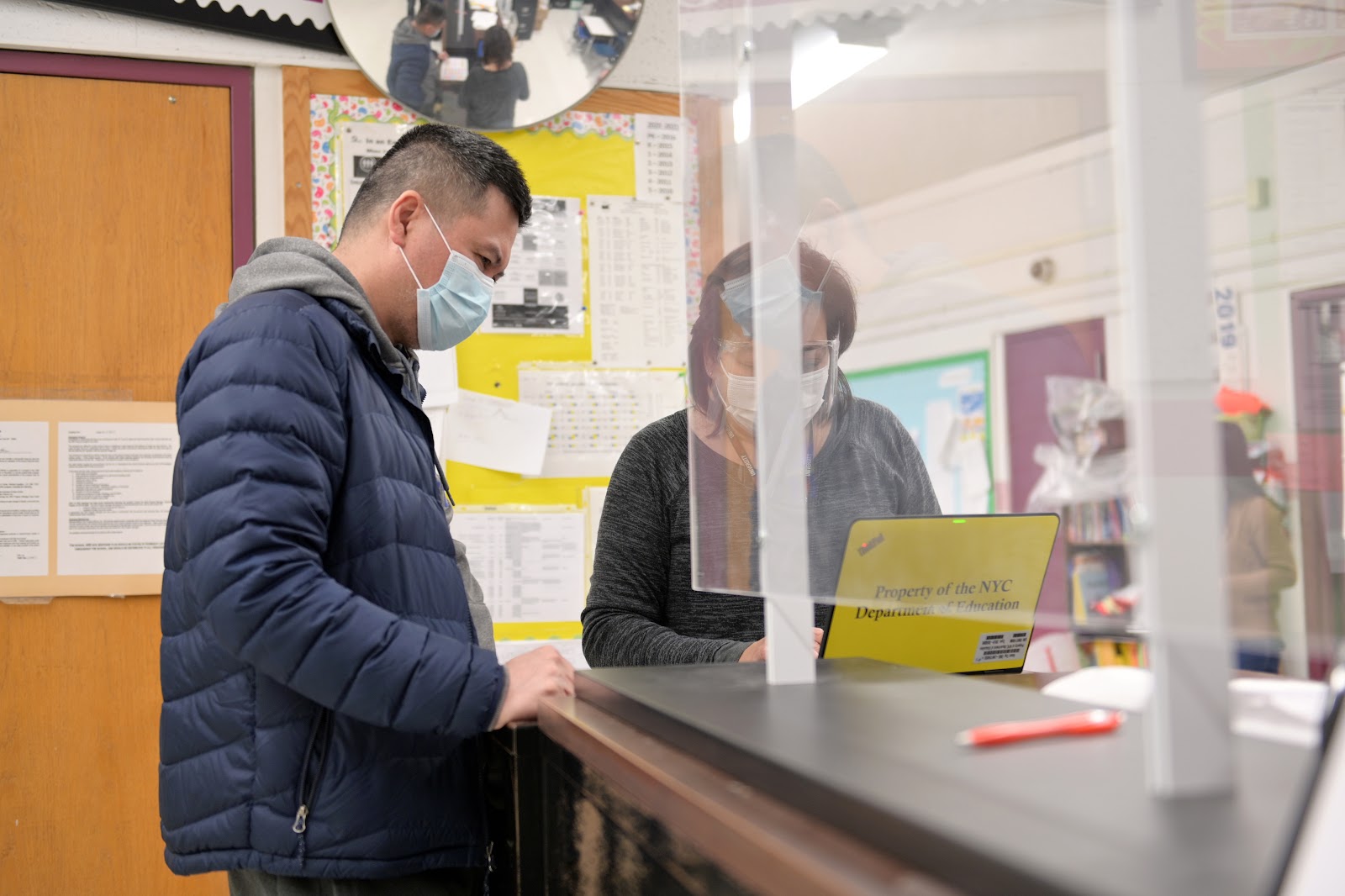 Remote learning preparations: The parent of a student at Yung Wing School P.S. 124 signs a laptop out for his child to use for remote learning on Nov. 19. (Michael Loccisano / Getty Images) 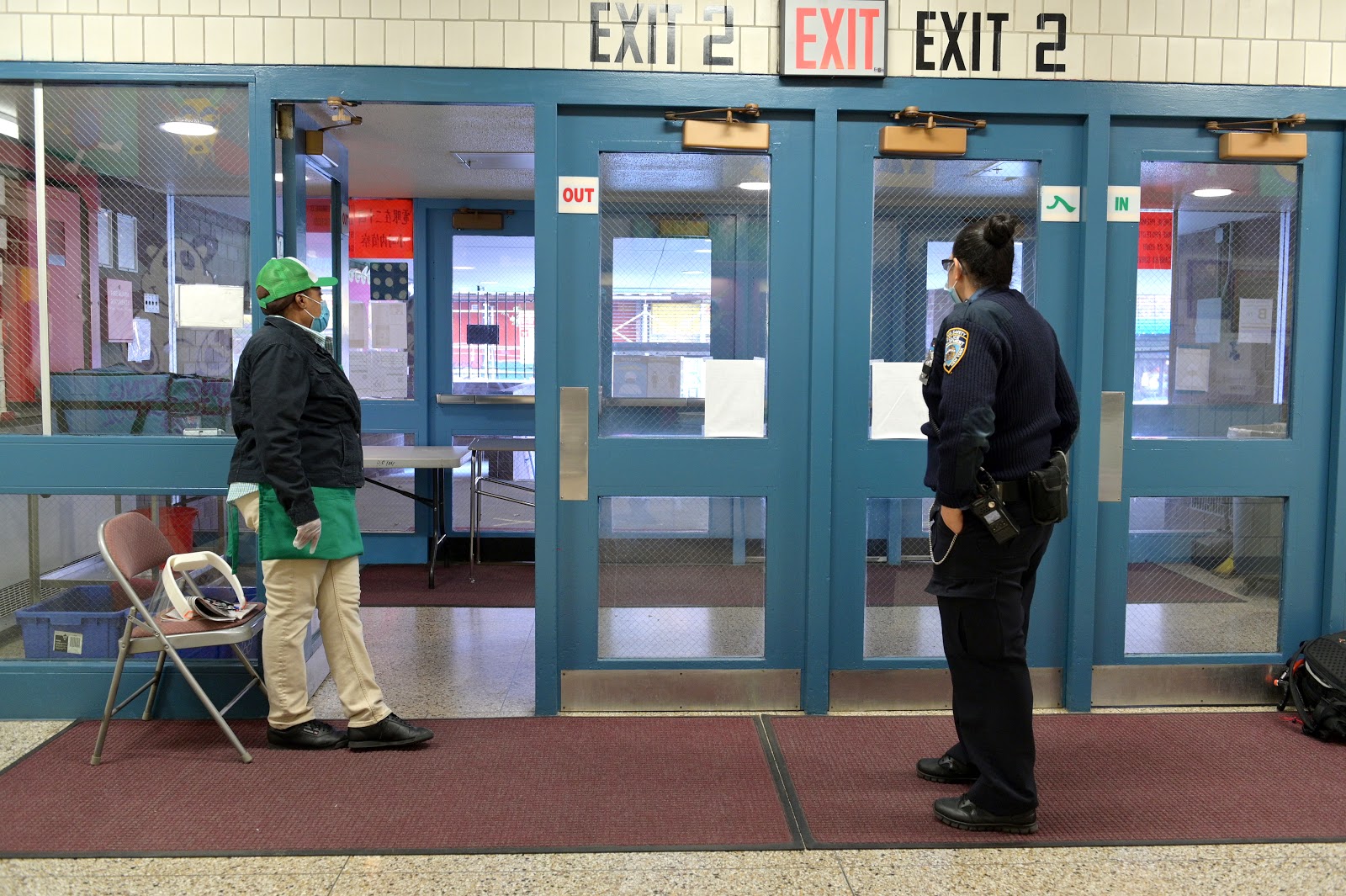 A “Feed Your Mind” to-go meals distributor (left) and a school security guard wait for adults picking up meals and supplies on behalf of students on Nov. 19.
(Michael Loccisano / Getty Images) 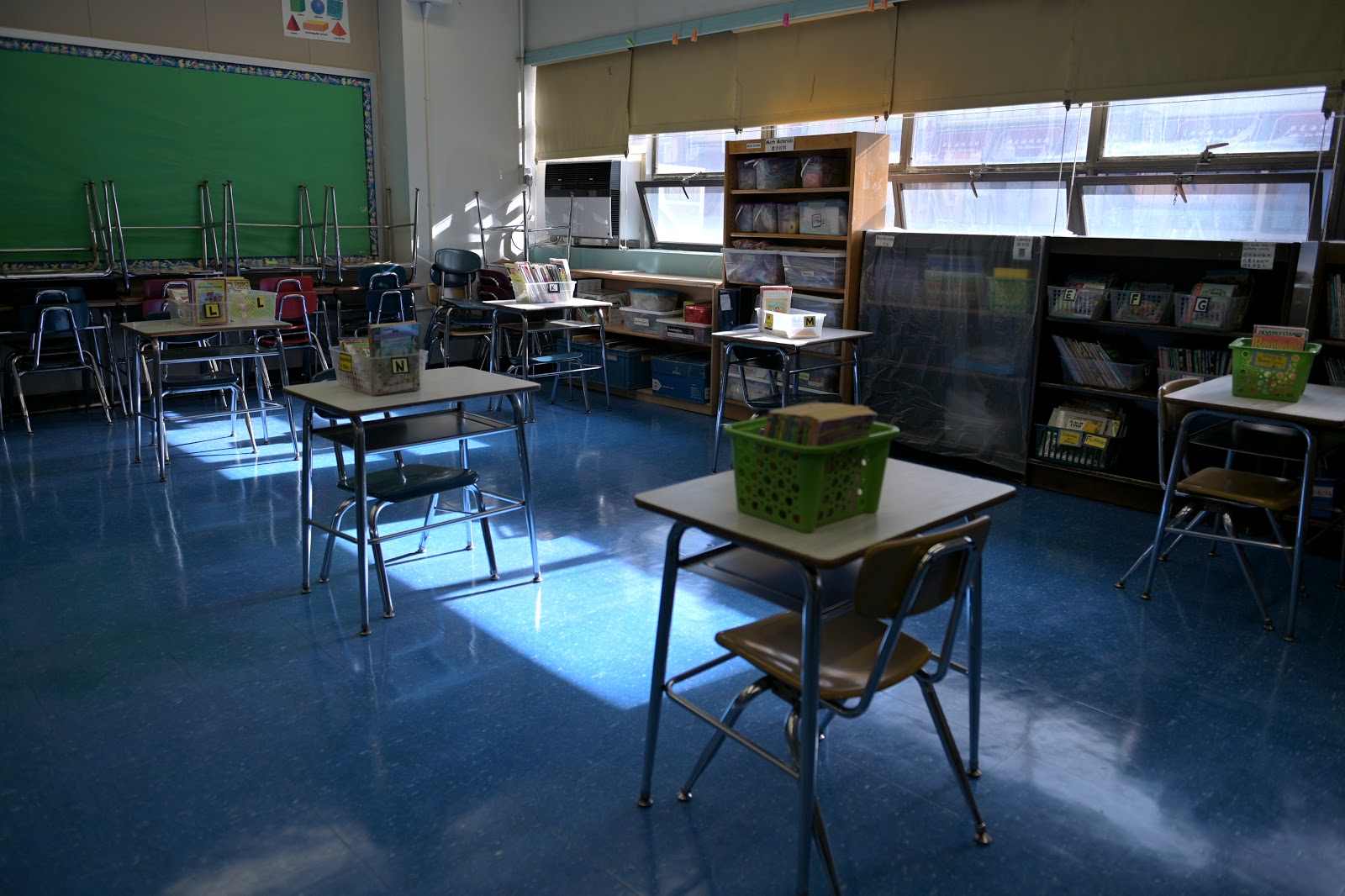 A dim, empty classroom at Yung Wing School P.S. 124 on what would otherwise be a blended learning school day on Nov. 19 (Getty Images)