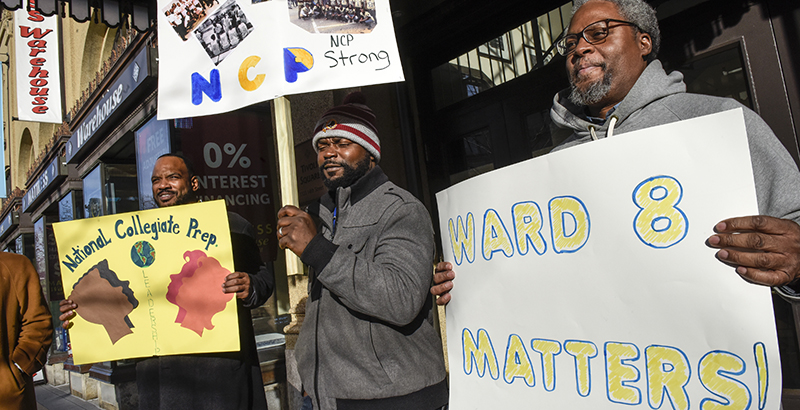 In the education wars of the past 20 years, one of the most contentious issues has been what to do when a school is rated as failing for four or five years in a row. In some cities, at some times, district leaders have replaced such schools — the administrators and staff, not the buildings — with more promising teams. But 2015’s Every Child Succeeds Act removed any pressure to do that, and outside of a few districts, little of it is happening.

As a result, millions of urban children are stuck in failing schools, which should be a national scandal. Experience is clear: Replacing a struggling school is far more effective than trying to turn it around.

The Obama administration poured billions of dollars into School Improvement Grants for struggling schools, to strengthen them. Studies show some improvement, but hardly enough to justify the huge expenditures. It is very difficult to turn around a failing school when the staff remains largely the same and the bureaucratic web of rules and constraints within which it must work remains unchanged.

A research team recently reviewed 67 studies that examined such turnaround efforts. On average, they showed only moderate improvement. The one exception came when states or school districts replaced failing schools with charter schools. This replacement strategy yielded double the impact of the turnaround efforts on math test scores and almost 10 times the impact on reading/English language arts.

Replacement strategies in cities from New Orleans to Chicago to Newark have produced rapid improvement. After Hurricane Katrina struck in 2005, the Louisiana legislature voted to move all but 17 New Orleans public schools into the state’s Recovery School District, which over the next 10 years replaced them with charter schools. Over that decade, New Orleans experienced the most rapid school improvement in the nation. A respected research team at Tulane University concluded that replacement of failing schools accounted for 25 to 40 percent of that improvement.

When former Education Secretary Arne Duncan was CEO of Chicago Public Schools, his Renaissance 2010 initiative closed more than 60 failing schools and replaced them with 92 new ones. Within a few years, Chicago elementary and middle school students were making some of the fastest progress in the nation. But the progress slowed after Duncan’s successors discontinued the replacement strategy.

In New York City, then-Mayor Michael Bloomberg and his schools chancellor, Joel Klein, replaced 29 large, low-performing high schools with 200 new, smaller schools between 2002 and 2008. Test scores and graduation rates soared. Current Mayor Bill de Blasio rejected that strategy and instead invested heavily in a “Renewal Program” to turn around failing schools. After four years with little progress, he abandoned it.

As I argued in the first two pieces in this series, school quality should not be judged by test scores alone. Some of these jurisdictions negotiated performance agreements with their replacement schools, spelling out the results — beyond numbers on exams — that the school promised to achieve over the next five years.

Whereas minimum state standards have little effect on schools whose students regularly score above those minimums, performance agreements can motivate everyone, in every school, to seek improvement in student outcomes — even those who work in schools for gifted students.

Since school leaders and staff usually have some role in negotiating their performance agreements, they often feel more ownership and more responsibility to fulfill them than they do with statewide standards.

Such agreements can also reflect the unique characteristics of a school far better than statewide standards can. If a school is designed to provide dual language immersion or career and technical education, for instance, its performance measures should reflect those goals.

All this assumes, of course, that school boards will be willing to replace schools that are consistently rated as failing by the state or that consistently fail to meet the goals articulated in their performance agreements. It is one thing to do a good job of measuring school quality, but if no one uses that information to change anything, student outcomes won’t budge. The key is using information about school performance to change it — often the most difficult step. Sadly, elected boards usually shy away from such tough decisions.

When boards consider closing or replacing a failing school, they often trigger a storm of protest — from students, parents, teachers and unions. Elected board members know that if they anger enough teachers or parents, someone may run against them and win. Turnout at school board elections is often 10 percent or lower, but most teachers and their spouses vote.

There are several ways to solve this problem. First, states should set firm rules mandating that schools rated failing for four or five years in a row must be replaced, unless they can prove during an in-depth school quality review that there are mitigating circumstances, such as a very high percentage of students with learning disabilities.

Who gets to decide what circumstances are mitigating enough to let a school survive? When Louisiana legislators voted to return control of New Orleans schools to the local elected school board in 2016, they decided to give that responsibility to the superintendent and to require a two-thirds vote by the board to override his or her decisions. That strikes me as a wise solution, and so far it seems to be working. State legislation could also set limits on the percentage of replacements a board could override in any five-year period.

Some large cities put their mayors in charge of the schools. This helps minimize the problem, because turnout at mayoral elections is much higher, diluting the power of any angry interest group.

In other cities, a third solution has begun to emerge: putting decisions about replacing schools in the hands of appointed boards. In cities as diverse as Springfield, Massachusetts; South Bend, Indiana, and Denver, elected school boards have created innovation or empowerment zones, with appointed boards, to oversee particular groups of schools. The theory is that these boards will be more willing to make decisions in the best interests of children, even when they anger adults who vote.

In Washington, D.C., about half the public schools are charters. The mayor appoints a Public Charter School Board, which has proven perfectly willing to close or replace failing schools. Indeed, it has closed or replaced about four schools a year since 2012, out of a total of 128 schools.

What happens to the teachers, administrators and other staff when a school is closed or replaced? In the charter sector, they have to look for other jobs. But in most districts, they are guaranteed continued employment. Teachers usually have tenure and cannot be fired without a process so long and arduous that administrators avoid it.

Over time, of course, this means the district has to force unwanted teachers on other schools, often undermining their performance. To avoid this, we need to reform tenure laws to make dismissal for performance easier, as a few states have done.

This last point illustrates why school improvement is so difficult and progress so incremental. District-operated schools exist within a system that is highly centralized and rule-driven. If we change one part of it — such as the approach to accountability — other parts, such as tenure and seniority rules, push in the opposite direction, undermining progress.

Districts need a paradigm shift to a decentralized system, in which schools are both fairly autonomous and accountable for their performance. This is what made New Orleans schools the fastest-improving in the country.

The shift in New Orleans came after a natural disaster, Hurricane Katrina. Today, another disaster, the COVID-19 pandemic, has exposed the limits of our bureaucratic school districts to more parents than ever before. Hopefully, it has reduced their tolerance for schools that don’t meet their children’s needs, and they will demand change.