Support The 74 and stories like this one. Donate Today!
News
Every Student Succeeds Act

Brooklyn, New York
New York State education officials — including Commissioner MaryEllen Elia — stopped in Brooklyn Tuesday evening to solicit the latest round of feedback on the state’s policy plan to carry out the Every Student Succeeds Act.
The visit to the Prospect Heights Educational Campus, which houses several specialty high schools, brought out more than a hundred parents, students, and educators, many of them worried about how ESSA’s graduation benchmark might hurt their school, which serves students who have dropped out or fallen behind in credits.
It was Elia’s latest leg in a monthlong tour around the state to gather public input on the plan before the final version is submitted to the U.S. Education Department in three months. Previous stops were in Rochester, Plattsburgh, Syracuse, Long Island, Yonkers, and other New York city boroughs; the traveling hearings wrap up June 15 in Albany, with written comments accepted through June 16.
ESSA, the new federal K-12 education law that replaces No Child Left Behind, shifts much of the power and decision-making in education back to the states from the federal government. New York is among the majority of states that will submit its plan to the department in September, the second of two deadlines.
(The 74: Student Advocates Sound the Alarm — States’ ESSA Plans Will Fail the Underserved Kids the Law Was Built to Protect)
Based on the 159-page blueprint adopted by the New York state Board of Regents in early May, officials envision a system in which student academic proficiency is still the central measure for evaluating schools, but equity gets greater emphasis — meaning consideration of what resources schools get, including money, quality teachers, and access to advanced coursework.
The state, according to the draft released publicly for the first time last month, will use two main school-quality indicators for evaluation purposes: “improving college, career, and civic readiness,” which includes schools’ offerings of advanced level coursework; and the rate of chronic absenteeism, generally defined as when a student misses 10 percent or more of the 180-day school year.
(The 74: New York Targets Chronic Absenteeism in Its ESSA Plan: 4 Things Research Shows About Attendance)
ESSA also requires states to report four-year graduation rates for low-performing schools, identified as those that fail to graduate one-third or more of students, or those with a graduation rate lower than 67 percent. (It should be noted, though, that after Congress in March dropped key Obama-era accountability regulations for ESSA, the implications are a lot fuzzier.) 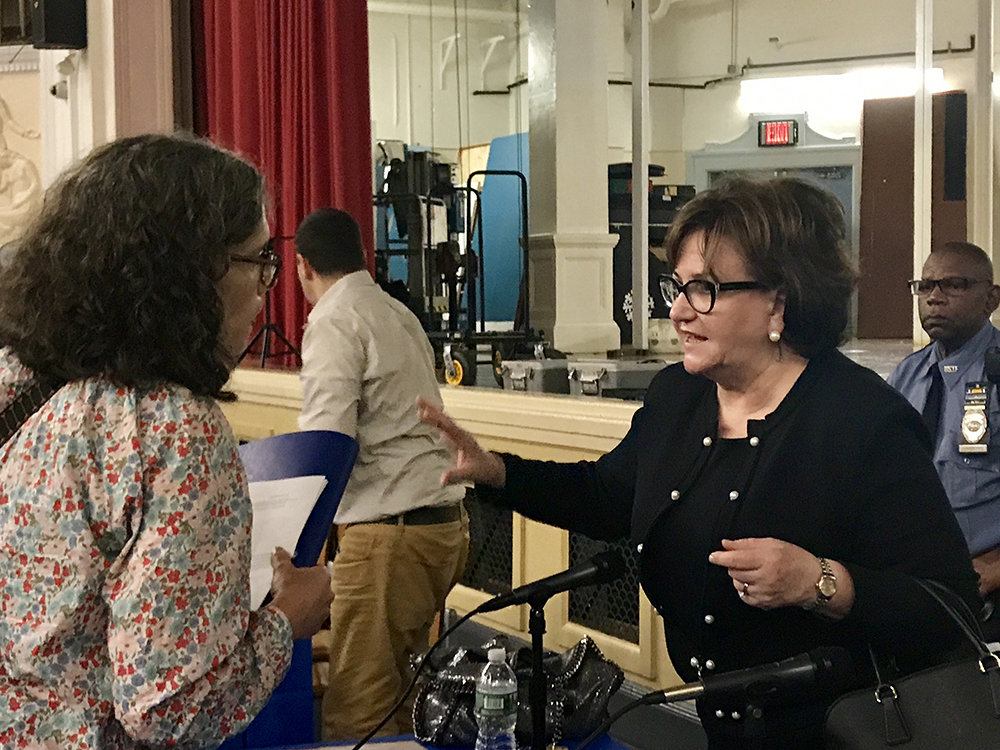 School suspension data, school safety incidents, per-pupil school funding, and class size are among the indicators they listed that would be fairly straightforward to measure. More difficult to measure may be access to high-quality teachers and counselors, student integration, parent involvement, and post-graduation outcomes.

(The 74 Exclusive: How Safe Are NYC’s Schools? New Interactive Map Compares What Teachers & Students Are Reporting)