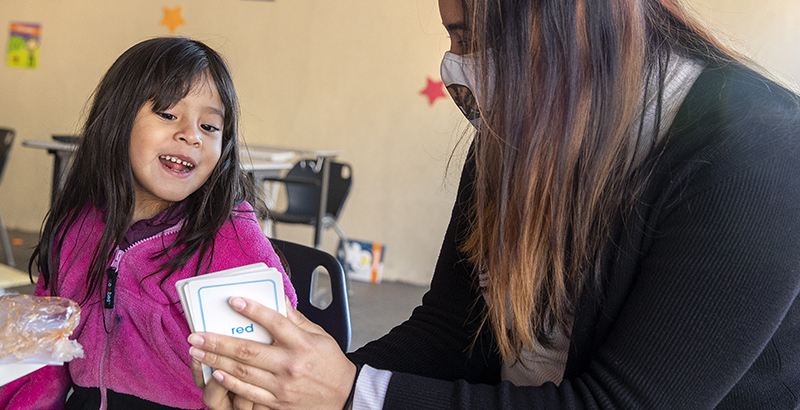 In a large lecture hall last spring, my professor began talking about their work with Mayan communities in Central America. A student in the front row hesitantly raised their hand, asking “Aren’t the Mayans dead?” My professor did not laugh at — or even look surprised by — the comment. Instead, they responded: “I get this question every year.”

When we think of countries south of the U.S. border, it is easy to imagine Spanish-speaking communities and people. And making statements like “people in Central America speak Spanish” or “the Mayans are dead” do not tend to be questioned. Because everyone in Latin America — and everyone with Latino origins in the U.S. — speaks Spanish (or Portuguese), right? Well, not exactly.

The Mayan people still live in Central America, speak indigenous languages, and wear traditional clothing. Millions of people speak indigenous languages that pre-date Spanish on the continent by thousands of years. These languages — whose roots stretch deep into the region’s pre-colonial past — are as different from Spanish as Mandarin is from English. But it’s no surprise that this is, well, a surprise to many in the U.S. Instead of images of the thriving indigenous communities across Latin America, we see sci-fi networks talk about “the mysterious collapse” of the Mayan empire and/or their ancient apocalyptic predictions.

Meanwhile, in Guatemala alone, 40 percent of the population speaks at least one of 23 indigenous languages. When Latino migrants come to the U.S. from these communities, they often speak their indigenous languages, too. Some may speak Spanish with varying levels of fluency, while others do not speak it at all.

The bottom line is: Spanish is just one of the many languages spoken by members of the Latino community.

These assumptions have real repercussions, particularly given the limitations about what we know about the diversity of the Latino immigrant community in the U.S. For instance, traditional census tracking methods, such as making the only indigenous racial category American Indian or Alaskan Native, artificially lower public counts of Indigenous people in the U.S. because this group is typically assumed to be exclusive to communities native to the U.S. A recent mapping project done in collaboration with UCLA and CIELO found that at least 11,000 individuals who spoke an indigenous language lived in Los Angeles County alone. The U.S. Census Bureau estimates that between 15,000 to 19,000 people speak an indigenous language from Central America live in the entirety of the U.S. Clearly, our approximations are faulty.

This problem has bled into schools, where administrators and teachers don’t know that their students speak an indigenous language, and don’t even know they should be asking. When schools are not equipped with the information to ask the right questions, they are unable to provide the unique services their Indigenous Latino students need. Not only are their native languages overlooked, they are often misidentified as Spanish, causing them to receive inappropriate or incomplete support. This problem became compounded by the pandemic, which disproportionately affected English learners and Latino communities. In order to close learning gaps exacerbated by the pandemic, schools must be provided with information and training to ensure that they can meet the needs of all students.

While the recognition of indigenous languages is layered in a complex and politically fraught history, there are concrete steps that schools can take to ensure that they account for and support all students.

First, schools must create inclusive home surveys that provide space for, and encourage, families to include all of the languages their children speak. Second, schools must conduct professional development training for all school officials involved  in registration on the importance of proper identification and provide them with data on the most commonly spoken languages in the area. Where appropriate, this means ensuring staff are aware of the existence of indigenous languages and the differences between indigenous languages and Spanish. Third, schools must provide translators in the language that parents feel most comfortable with, not just Spanish.

Although it is a best practice to hire teachers and staff who speak indigenous languages, the shortage of bilingual teachers could pose a challenge. One potential solution could be turning towards the community to facilitate community-based tutoring programs, or hiring multilingual graduates of the school district. At the School District of Palm Beach County in southern Florida, an emerging Grow Your Own approach has made it possible for them to hire staff who are multilingual in the most common indigenous languages spoken by the student population. According to Francisco Harvey Oaxaca, the director of multicultural and migrant education, several of their Community Language Facilitators (CLMs), who are responsible for providing multilingual support to students and the community, are graduates of Palm Beach. Finding enough multilingual teachers and staff is certainly a problem faced by many schools, but in viewing the greater community as a linguistic and cultural resource, it may become more possible to find the needed personnel.

Community members and administrators at Los Angeles Unified School District have advocated for direct support for their Indigenous and Native students. In June 2021, a $10 million grant was dedicated to providing relief for these students, especially as their communities were disproportionately affected by the pandemic. Leaders hope that this money will be used to better identify Indigenous and Native students, and “ensure LAUSD schools are places that affirm their unique linguistic, cultural, and historic backgrounds.” The school district is still working with community partners to determine how the grant money will be used.

Multilingual students are an asset to schools and communities, and accounting for that linguistic diversity shows students that their skills are valued and allows teachers to best support their students.

Caroline Osborn is a third-year student at the University of Virginia where she is studying economics and anthropology with a minor in Latin American studies.

Caroline Osborn is a third-year student at the University of Virginia where she is studying economics and anthropology with a minor in Latin American studies.