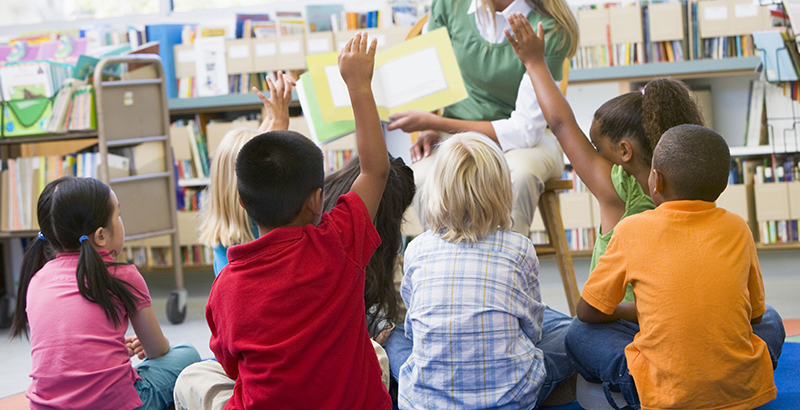 Seeing how 2020 has become the year of highly unlikely events actually happening, Karen DuBois-Walton, president of the Housing Authority of New Haven in Connecticut, would like to put one more on the table: school integration.

After all, she notes, protests following the police killing of George Floyd have already led to a “sweeping police accountability bill” in Connecticut that she previously believed was unthinkable. She wonders what else might be possible in her state, where inequities loom large. The educational gaps between white students and Black and Latino students there are some of the largest in the country. Black and Latino residents comprise less than 30 percent of Connecticut’s population but approximately 80 percent of the low-income residents served by the housing authority.

“What in this moment can we seek to change as it pertains to education funding, education access, and equity in housing policy?” DuBois-Walton said.

This commingling of housing and education advocates to fight for school integration is the focus of The Bridges Collaborative, a new effort that brings district and charter schools together with housing organizations in a coordinated attempt to spur progress on this long-stalled issue. The Housing Authority of New Haven is among the 56 organizations across more than 20 states selected for the inaugural cohort that will collaborate over the next two years. The Collaborative plans to develop new messaging and new approaches that will support its members in building on one-off initiatives, such as a Maryland county’s redistricting plan to promote socioeconomic integration, and achieving more widespread progress by modifying zoning restrictions and redrawing school enrollment areas.

“We are moving beyond thoughts of integration meaning that students are bused into other communities and trying to move into approaches that actually create integrated schools through integrated communities,” DuBois-Walton said.

Conventionally, students learn that school segregation was outlawed by the 1954 Brown v. Board case in which the Supreme Court repudiated the “separate but equal” doctrine. Except a legal decision does not desegregate schools by itself. Mississippi refused to act on the ruling for 16 years. Milwaukee’s public schools — like many others in the U.S. — have only grown more segregated over the last three decades. Nationally, the percentage of schools where minority students comprised 90 to 100 percent of the student body more than tripled, to 18.2 percent, in 2016.

The Bridges Collaborative aspires to make good on the Brown ruling, and it certainly has a strong connection: the effort is led by Dr. Stefan Lallinger, a former teacher and school principal whose grandfather, Louis Redding, was among the lawyers who successfully argued the case before the Supreme Court.

Lallinger began organizing The Bridges Collaborative before the pandemic, in his capacity as a fellow at The Century Foundation, a progressive think tank where education is a primary focus. He drew on his experience as an educator in post-Katrina New Orleans, where he said a unique system that allowed families to choose any public school in the city did not lead to the desegregation he expected.

“It put a fine point on this notion that choice, in and of itself, is not a solution to segregation,” he said. “Choice is not enough.”

The Bridges Collaborative launched in mid-October with a two-day virtual convening that featured former U.S. Secretary of Education John King, a Century Foundation board member. The group is currently working with a polling firm to develop new messaging around school integration. Lallinger believes there are “many well-meaning people who are actually unaware” of the “racist and classist decisions that were made” to perpetuate school segregation, and he hopes new language might help the issue get traction.

The group faces significant challenges. A report out today from Lallinger’s colleagues at the Century Foundation gathers “the most comprehensive inventory to date of school integration efforts across the country.” Out of thousands of school districts and charter schools nationwide, it found 185 districts and charter schools or networks that are actively incorporating race or socioeconomic status into student assignment or admissions policies, mostly through their own volition. An additional 722 schools, districts, or networks are subject to legal desegregation orders or voluntary agreements but do not have an active integration policy, according to the report.

The COVID-19 pandemic has created additional barriers. Cities on both coasts have seen whiter, wealthier residents decamp for less densely populated areas and non-public schools. Lallinger believes such moves will be temporary and prefers to focus on how the pandemic is creating increased attention on other issues, such as selective high school admissions. In New York City, for example, where Black and Latino students make up just 11 percent of the population of the eight highly sought-after specialized high schools and about 70 percent of the enrollment citywide, the Department of Education is facing parent protests as it reviews its current policies.

Bridges Collaborative is betting that getting educators and housing advocates in the same room — virtually, for now — will help break the inertia that has settled into pushes for integration across much of the country.

“School segregation is inextricably linked with housing segregation,” Lallinger said. “We know that about three-fourths of public school students in our country attend school based on where they live. Because housing patterns are segregated, schools are also segregated.”

Unpacking these patterns will not be easy. Dr. Myriam Igoufe oversees policy and research for the DHA, the fourth-largest housing authority in the country, which serves North Texas. Igoufe’s organization, which joined the Collaborative along with the Dallas and Fort Worth Independent school districts, distributes vouchers to help low-income residents access more housing options and, as a result, more school options. The vouchers are intended to promote upward mobility, and Igoufe’s research shows that families would like to use the vouchers to live in more economically diverse neighborhoods and enroll their children in higher quality schools.

“The needs of families on the lower end of the income spectrum are no different than the needs of more affluent families,” Igoufe said.

There’s just one problem: landlords can — and do — reject vouchers.

“Source of income protection is not permitted in Texas, meaning that the landlord is authorized to not accept the voucher,” Igoufe said. “Eighty-seven percent of voucher holders are African- American, so there is of course a racial aspect to this kind of protection.”

How Igoufe and her peers aim to untangle these challenges will be the focus of the cohort’s future gatherings. Launching a campaign seeking legislative changes, as DuBois-Walton suggested in Connecticut, is among many options.

In Rhode Island, Collaborative member Jeremy Chiappetta is well-positioned to pursue legal remedies, should he choose: the state’s lieutenant governor and four current or former mayors are on the board of the network of charter schools he founded, Blackstone Valley Prep.

The schools intentionally draw from racially and socio-economically diverse parts of the state, but with the coronavirus outbreak disproportionately impacting people of color in urban areas, Chiappetta has largely kept his school buildings closed, much to the consternation of his mostly white families from less affected suburban areas. These parents now have to decide whether to stay with remote learning at their diverse school or switch to their more homogeneous local public school, which is offering more in-person opportunities, he said.

Chiappetta said he is excited to build stronger partnerships with local housing organizations, with whom Blackstone Valley Prep only worked with on an ad hoc basis in the past.

“In terms of an aligned robust policy, legislative effort, no, it’s not even nascent, that’s like a brainstorm that I just shared with you,” he said in an interview.

“But that’s the idea of the Bridges Collaborative, to promote that type of thinking.”