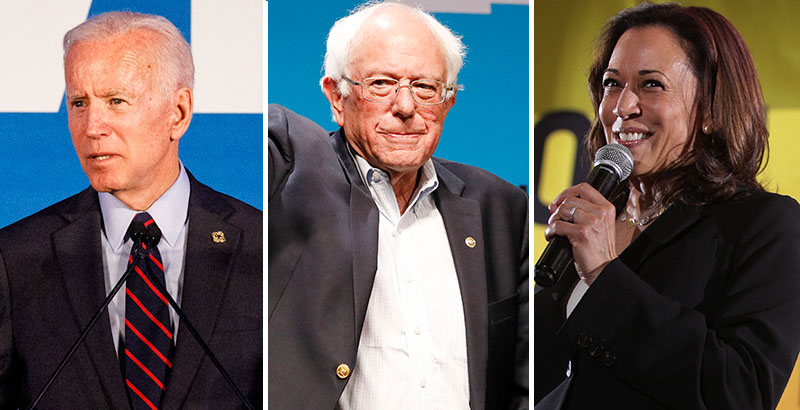 Teachers across the country are mad — with good reason. On average, their salaries have been flat for the past two decades. Policymakers are starting to respond, including a number of Democratic presidential hopefuls who are proposing big-dollar federal investments in teacher pay.

But while these proposals are well-meaning, none of them will address the underlying structural problems causing teacher salaries to stagnate — the fast-rising costs of employee benefits, including pensions and health care.

While base salaries have remained flat, overall compensation costs are up due to growing benefit costs. Benefit spending consumes a larger share of both teacher compensation and states’ overall K-12 budgets. And none of the proposals from the likes of former vice president Joe Biden or Sen. Bernie Sanders or Sen. Kamala Harris tackle these issues. In fact, they could even make benefit problems worse by raising salaries without addressing how to pay for future pensions.

It can be politically challenging to make the investments necessary to keep up with rising pension costs, because they require governors and legislatures to set aside millions (sometimes billions) of dollars today to be used decades later. Moreover, rather than raising salaries, policymakers often find it easier to promise future benefits — paid out on someone else’s watch — than to pay for those things in the present. Thus, it is common for states to raise teachers’ retirement benefits rather than their salaries, while simultaneously failing to make the needed investments into the pension funded to make good on those promises.

Nearly every state in the country now faces a growing teacher pension crisis. Unfortunately, most are ill-equipped to tackle the problem. The federal government is well-positioned to help states out of this never-ending cycle, conditioned on changes in their behavior to make sure they don’t get into the same mess again — for example, offering states financial relief in exchange for reforming their teacher retirement systems, adopting more responsible practices and offering better protections for teachers.

West Virginia’s pension reform experience offers cautionary lessons that could inform a federal initiative. A new report analyzed how the state made an ultimately unsuccessful switch from a pension fund to a defined contribution, 401(k)-style plan. Its decision to require teachers to serve 12 years before qualifying for full benefits, for example — a practice that would be illegal in the private sector under federal rules — as well as the financial challenge of keeping up with high annual debt payments to the pension fund doomed West Virginia’s attempt at reform.

Along with reforms on the cost side, the government could require that states change their benefit structure to better align with the needs of today’s teacher workforce. Given that most teachers don’t spend decades in the classroom anymore, retirement systems should set a reasonable vesting period for educators to qualify for benefits. Moreover, to ensure a sufficient retirement benefit wealth, states should ensure that every teacher has adequate savings proportional to his or her years of service, something that does not happen today. Together, these reforms would help states provide higher-quality retirement benefits to their teachers.

To be eligible for federal dollars, states could be required to make financial and benefit reforms, including mandatory participation in Social Security, which would provide teachers with a solid plank of retirement savings. Fifteen states have opted out of Social Security, leaving more than 1 million teachers uncovered. This severely dampens their overall retirement wealth and exposes them to unnecessary financial instability later in life. Enrolling newly hired workers in Social Security could help teachers’ retirement security and reduce the Social Security funding deficit.

While not all states have the kind of dire situation that West Virginia faces — the state currently spends fully 25 percent of its overall K-12 education budget on benefits — the federal government could play an important role in alleviating the financial stresses for states that are in bad shape. By helping them overcome their debts, meet their obligations to retirees and current educators, and build more stable systems that are closely aligned with the needs of the education workforce, the federal government could shift incentives for state politicians and help them deliver more money into teachers’ pockets. If not, we’ll continue to saddle the next generation with these problems.