Magee: As Paymon Rouhanifard Prepares to Leave Camden, Some Lessons in Equity and Innovation From the Turnaround He Led 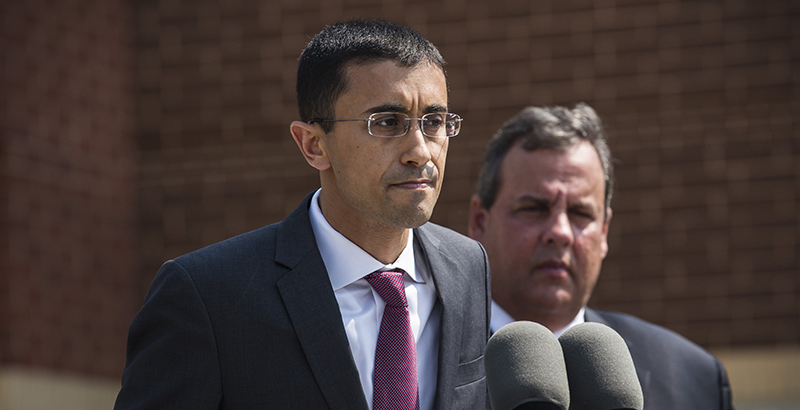 One of the hottest, and most important, debates in education is over the degree to which we can change chronically struggling schools. The consequences of getting this right are enormous — as is the tragedy if we continue to fail. That’s one of the reasons a lot of people are talking about the meteoric five-year tenure of Paymon Rouhanifard leading the Camden, New Jersey, schools.

The changes that have occurred in Camden are among the most significant and inspiring in recent education history. Paymon, as he is universally known, recently announced he’s stepping down at the end of the school year. As he prepares to leave his post, it’s worth reflecting on the conditions he and his team put in place and how they could help spur similar gains in other districts. It’s a story about aligning a community around a singular vision of quality for kids, with dramatic results.

When Paymon, a member of Chiefs for Change, took the helm in Camden, “23 of the city’s 26 public schools were on the list of New Jersey’s worst performing; eight are now,” according to a recent article in The New York Times. He was brought in after years of dismal results, a time when, education writer Laura Waters notes, half of Camden’s students didn’t graduate and most failed the “easy-peasy” state test. She writes that during Paymon’s tenure:

● Suspensions have dropped by 53 percent.

So, what led to these improvements?

Obviously, boiling it down to a single element would vastly oversimplify. Teachers, principals, other school staff, students, and families all contributed to the progress under the leadership of a visionary with a deep belief in students’ potential. And indeed, the situation required remarkable leadership. As the Times reports, Paymon “was 32 when he was appointed in the takeover, an Iranian refugee running schools in a majority black and Hispanic city where family histories, and poverty, run deep.”

But if those were the challenges, Paymon brought some powerful advantages: a clear vision and a willingness to do the hard work to align a team and a community behind it. Paymon’s central idea was about quality over labels — in his words, creating “fewer, better schools.”

Appraisal: How Paymon Rouhanifard Rallied Camden Around Its Schools — and Why His Impressive Turnaround Will Endure

Whereas charter-versus-district disputes have mired other cities, Paymon was able to flip the script. He built a system in which charters serve all students in a neighborhood, and he secured community buy-in with the promise of fair enrollment practices and major investments in aging facilities.

The turnaround in Camden began with the passage of an unusual law that allowed Paymon to create some unusual schools. These publicly funded “renaissance” schools were run by proven education nonprofits, groups willing to take on the district’s lowest-performing, physically decrepit schools. Paymon carefully crafted agreements to ensure that his charter partners would serve all students in a neighborhood, including the children most in need. He allied the district with charters recognized for providing equitable access — and those charters ultimately enrolled more students with special needs than district-run schools. Principals received coaching and training from some of the nation’s most effective charter leaders.

This commitment to high-quality neighborhood schools for all kids aligns to Chiefs for Change’s views on school choice and our broader beliefs. Paymon has taken a holistic view that is built around effective options for families, rather than the bureaucratic imperative of what type of public schools they are. That relentless focus on quality is also evident in countless other ways. For example, as part of Camden’s effort to transform its schools and ensure equitable access, Chiefs for Change has been working with Paymon and his team as they introduce more supports for at-risk students, including staff training on the best ways to assist children with greater emotional and behavioral needs. And since a high-quality education should not end on graduation day, Paymon has invested in programs and partnerships that are making it possible for more children to attend and complete college.

There is still much more to do in Camden; as the Times notes, “improvement” means proficiency rates have climbed from the single digits to the low double digits. But it’s a case of remarkable progress — evidence of what can happen when an extraordinary leader puts quality and innovation above the bureaucracy.