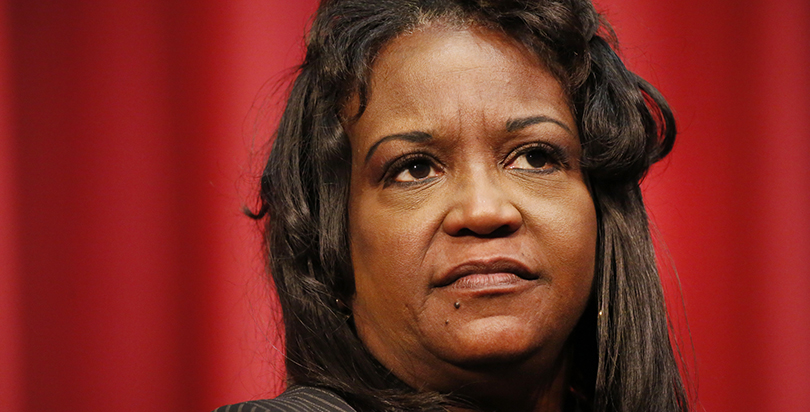 LA Unified Superintendent Michelle King announced Friday afternoon that she will be retiring from the district by the end of June as she undergoes treatment for cancer.

King, 56, has been on a medical leave of absence since Sept. 15 after feeling weak during a long school board meeting three days earlier. In October, she said she would remain on leave until January, without explaining the reason.

In a statement Friday, King said, “I have had the honor of serving as the superintendent of LA Unified for two years, although I have been challenged by medical issues for the last several months. During this time, I have been undergoing treatment for cancer. Now, with the progression of my illness, I have made the incredibly difficult decision to retire by June 30. Until then, I will remain on medical leave.”

She thanked the acting superintendent, Vivian Ekchian, and said she is honored to be a graduate of the district and to have served it for 33 years.

“I am very thankful for the outpouring of support I have received from the entire LA Unified family, our community partners, and my colleagues across the nation,” King said in the statement. “As I aggressively fight this illness, I ask that you continue to keep me in your thoughts and prayers.”

King is the first African-American woman to run LA Unified, the second-largest school district in the nation. Her top priority has been 100 percent graduation. Last year LA Unified reached an all-time high of 80 percent graduation with the help of a $15 million credit recovery program launched around the time King took over as superintendent.

The district’s communications office said that Ekchian plans to remain as acting superintendent while the board works on a longer-term leadership plan.

After 33 years, I have made the difficult decision to retire from the district I love. See my statement here – https://t.co/0sdqWvLc8y

Before King’s selection two years ago this month, LA’s four-month superintendent search cast a wide net across the country. It also included community, teacher, staff, student, and parent input. Despite some of the board members’ wanting to have the final three candidates announced to the public, the interviews and search process were held in secrecy. The biggest effort by then–board president Steve Zimmer was to find a candidate whom all seven of the diverse board members could agree upon, and they did when they ended up picking an in-house administrator who worked under superintendents John Deasy and Ramon Cortines.

With King’s retirement, the two largest school districts in the nation will be looking for leaders. New York City Chancellor Carmen Fariña announced in late December that she is retiring. Fariña, like King, had been a teacher and a principal. Fariña, who served as former chancellor Joel Klein’s top deputy before becoming disillusioned with his reform agenda, was perhaps the best-known and respected educator in the New York district.

Not the Same as the Old Boss: After Carmen Fariña, What Mayor De Blasio Will (and Won’t) Be Looking for in NYC’s Next Schools Chief

In a surprise move in closed session last June, right before two newly elected board members started their terms and swung the board to a pro-reform majority, King’s contract was extended through June 30, 2020, even though it wasn’t up for renewal for another year. She has continued to receive her annual salary of $350,000 while she has been on medical leave.

Zimmer said in a statement that King’s “commitment to our students, their families, our teachers, our schools and our communities is without parallel. In every meeting, with every decision and through every action, Michelle has always thought first and foremost about the hopes and dreams of all students and each family.

“While I am devastated by this news, Michelle’s strength teaches me to have hope,” Zimmer added. “While there is always temptation to give in to despair, Michelle’s example teaches us to collectively redouble our efforts to make more and more dreams come true through public education in Los Angeles. I thank Michelle for being an amazing friend, mentor, colleague and leader.”

School board vice president Nick Melvoin said in an interview Friday, “I thought that some time in my five and a half years I would be involved in choosing the leadership of the district when I was elected, but never did I think it would be next week’s project.”

Melvoin, one of the two reform candidates elected last May, also sent an emailed statement. “My thoughts and prayers are with Michelle and her family at this time, as they have been for the last few months, as she so courageously fights a cancer diagnosis. I am continually inspired by her lifelong dedication to this district, not only as superintendent, but also as a student, parent, teacher, principal, and administrator.”

He added, “It was another Dr. King who reminded us that ‘life’s most persistent and urgent question is: what are you doing for others?’ Dr. Michelle King, the first African-American woman to hold the position of superintendent in LA Unified, has over 33 years of an answer. Her dedication to LA Unified has left an indelible mark on the employees, teachers, students, and families that she has tirelessly served and we will work every day to honor that service.”

In a statement, García said, “Having dedicated her career to the district, it is now time for Dr. King to focus her incredible strength and energy on her health. We wholeheartedly support her decision to retire and will continue to keep her in our thoughts and prayers as she faces the challenges ahead.”

Board member Ref Rodriguez said in an email, “While I admire the courage it took for Superintendent King to make this difficult decision, I am grief-stricken that the district is losing such an exceptional presence. She has dedicated 33 years of her life and career to serving the LA Unified family, and for that, we are eternally grateful.”

LA Mayor Eric Garcetti called King a “close friend” in a statement. “Michelle King has devoted her entire professional life to Los Angeles’s young people — and her time as superintendent has brought phenomenal progress to students across our city. LAUSD’s record graduation rates are a testament to her remarkable commitment, and it has been my privilege to work closely with her on making community college tuition-free for every district graduate, expanding after-school programs, making more campuses available for recreation, and creating new opportunities for students to get the work experience they need to build a more prosperous future for their families and communities.”

Gerun Riley, president of The Eli and Edythe Broad Foundation, said in an email, “Superintendent Michelle King has dedicated her career to the students of Los Angeles, and we are grateful for her commitment to teaching and learning. We send her our best wishes for a speedy and thorough recovery.” 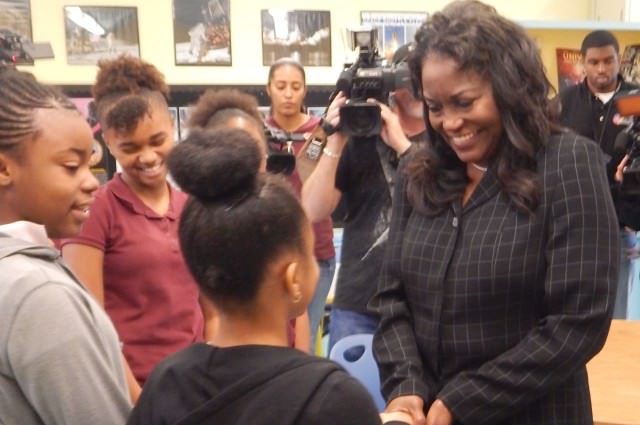 Nadia Diaz Funn, executive director of the Alliance for a Better Community, in a statement thanked King “for her life-long service and dedication” and said she “demonstrated tremendous leadership. By establishing a district-wide initiative to achieve 100 percent graduation and improve the levels of college and career readiness across the district, she ignited a systemic movement — the results of which we are seeing year after year.”

Speak UP Executive Director Katie Braude thanked King for her years of dedication to LAUSD students and her historic term as the first African-American woman at the helm of the district. “We are grateful for King’s years of service on behalf of kids and, along with parents throughout LAUSD, we send our heartfelt wishes for a quick recovery,” she said in an email.

David Rattray of the Los Angeles Area Chamber of Commerce said in a statement, “Michelle’s 30-year career of public service is exemplary to all of us. Her remarkable work on behalf of the students of Los Angeles is an inspiration to us as we strive to continue her efforts for students and support the institution of LAUSD to which she dedicated her career.”

Ama Nyamekye, executive director of Educators for Excellence–Los Angeles, said in an email, “We’ve appreciated her eagerness to stay connected to on-the-ground educators and discuss their ideas for how to focus our schools on excellence and equity for students.”

E4E–Los Angeles member Lovelyn Marquez-Prueher, a teacher at Dodson Middle School, added, “I remember Dr. King engaging with teachers at a National Board Conference on a Saturday morning with my colleagues. I will never forget what it meant to know my superintendent wanted to listen and learn with teachers.”

Chris Steinhauser, superintendent of Long Beach Unified and president of the CORE Districts, of which LA Unified is a member, said in an email, “Leaders like Michelle, role models of experience, courage and grace, are treasured not only by their school communities but by colleagues throughout the state and nation. Michelle was a leader and colleague on the CORE board and helped steer our work on equity and access for all students. We send our strength and well wishes to her as she fights cancer.”

Schools will reopen Monday after winter break, and the school board holds its first meeting of 2018 on Tuesday to vote on renewals of independent charter schools and a petition for a new charter middle school in Los Feliz.

A district statement noted: “As we welcome the LA Unified family back to school on Monday, we remain united in our commitment to provide high-level instruction, improve attendance, support families, and prepare our students for success.”