Parents, Educators and School Leaders Differ on Whether Summer School is the Answer

Before a global health crisis closed schools nationwide, Kristen Roosevelt told her principal that she wasn’t interested in teaching summer school this year.

Roosevelt, who teaches first grade at a high-poverty public school in Portland, Oregon, changed her mind after her school closed and she saw how the crisis was affecting her students. It took three weeks to get devices to students who needed them. The next hurdle was connecting families to the internet.

Then Portland Public Schools announced in early May that it would move to a four-day work week, furloughing teachers and other employees to save money in anticipation of next year’s budget cuts. Three days were added to the end of the school year, but it still means less instructional time for students.

“It’s a big hit for our students,” Roosevelt said.

Across the country, school districts are starting to confront the reality that remote learning — executed rapidly, without much advance planning and during a national emergency — isn’t working well for some of the most vulnerable students, including families with language barriers, young children whose work requires constant supervision, some students with special needs and those experiencing economic hardship. Some school leaders are looking at the summer months as an opportunity to provide extra support and instruction, even though campuses could remain closed into the coming school year.

Many of the country’s biggest school systems — in New York City, Los Angeles, and Houston — have announced plans for summer learning, even if it’s online only. Houston had considered holding some in-person sessions, but opted against it. Miami-Dade County Public Schools hopes to bring some students into classrooms in August, just before the next school year starts.

Summer sessions in high-poverty school districts, such as New York City and Miami-Dade, will likely focus most of their efforts on students who need credit recovery, remediation or grade promotion. Some school districts have said they will try to offer enrichment classes as well. The Northshore School District, a small, affluent school system near Seattle, plans to offer classes in video production and animation alongside credit recovery courses, while Los Angeles Unified has said it could provide music lessons.Wichita Public Schools will offer extra instruction to students recommended for it by their principals as well as virtual learning opportunities for other interested students. Portland Public Schools, where Roosevelt teaches, has announced some virtual options for high school students.

When school buildings closed in Florida, Miami-Dade shifted quickly to remote instruction. They distributed devices and connected students faster than some of the nearby school districts. Attendance in the 346,427-student district has been similar to when school buildings were open, with about 91 to 93 percent of students logging in each day, according to Jackie Calzadilla, the district’s director of media relations. Despite those efforts, Superintendent Alberto Carvalho warned board members during a meeting in May that he expects to see “unprecedented academic regression” in the fall, and not just in Miami-Dade, but nationwide. 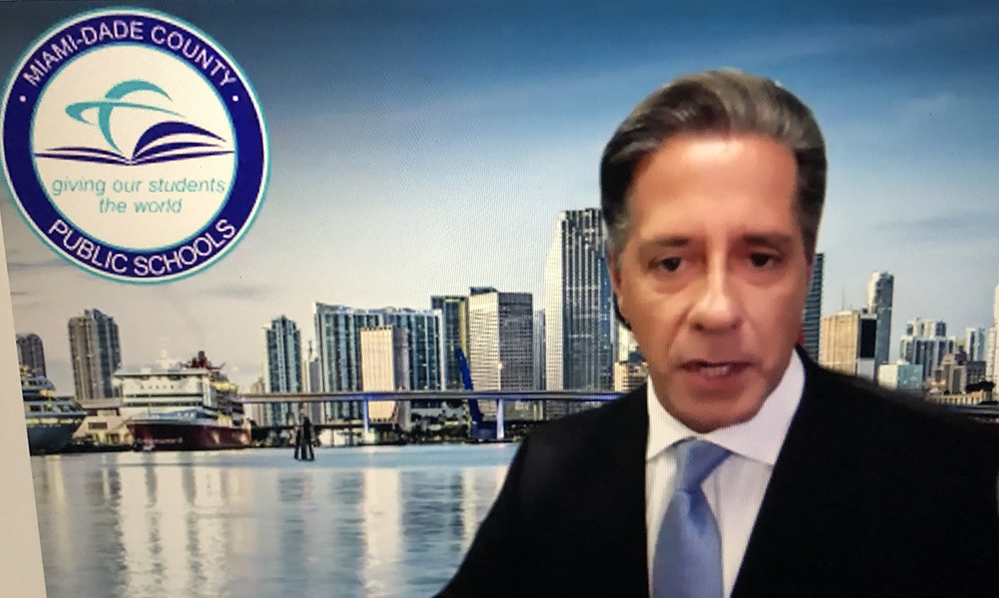 “We’ve done our very best with distance learning, but we know for a fact that the most fragile students in our community, in our schools, will experience difficulties keeping up,” he said.

Researchers from the NWEA, a nonprofit research organization based in Portland, Oregon, have predicted a considerable academic slide from the coronavirus pandemic. By the fall, students could return with about 70 percent of the learning gains in reading and less than 50 percent of the gains in math, compared to a typical school year. In some cases, students could be a full year behind in math, according to the report released in April.

“The economic impacts and trauma of recent events will also have far reaching effects that will likely exacerbate long-standing opportunity gaps,” researchers Megan Kuhfeld and Beth Tarasawa wrote in their report.

Despite that, many school districts haven’t announced plans for summer school. The Center on Reinventing Public Education, a research center that has been tracking remote learning during the crisis, found that as of May 12, just 26 out of 82 school districts have said they will offer summer school. A “handful” of others hope to or are evaluating options, according to a recent report.

In Miami-Dade, Carvalho said he wants to provide extra support to students during the summer and throughout the 2020-21 school year. He proposed “waves” of summer learning, with sessions offered to students with special needs, who typically have an extended school year, students who logged into remote learning but fell off the grid, and high school students who will need to pass end-of-course exams in order to graduate.

If buildings can be opened, students who weren’t able to participate fully in distance learning could be brought onto campus for in-person instruction before the next school year starts on Aug. 24.

“It is best to prepare for any and all eventualities,” he told board members.

In Houston, school leaders are “trying everything” to reach the district’s 209,772 students right now, said Yolanda Rodriguez, the district’s chief academic officer. Their 37 high schools were better prepared for the move to remote learning because students already receive laptops and are expected to carry them between school and home, she said. To connect younger students, who aren’t given laptops as part of their regular instruction, the district has distributed thousands of devices and hotspots, she said. District officials also have made some TV lessons available in English and Spanish, and they mail paper packets to students in pre-kindergarten to eighth grade every two weeks, she said.

Some students haven’t been able to participate in remote learning, but “we’re pleased with the logins that we have,” she said. By the sixth week of school closures, about 42 percent of students had logged onto the district’s main platform, according to the press office. That number doesn’t capture students who are working with their teachers in other ways, however, such as with paper packets or through other learning platforms. So far, 38,211 packets have been distributed, the district said.

District officials had hoped to bring some students back into classrooms, but decided late last week it wasn’t possible.

Dori Luzzo Gilmour, a mother of three in the Richland School District in Washington State, said she’s worried about her children falling behind during remote learning. All three — in first, fourth and fifth grade — require constant supervision. She thinks her 12-year-old is working diligently on his schoolwork, only to discover that he’s watching random videos on YouTube. There’s no live instruction, only pre-recorded lessons. Zoom meetings, which are largely for fun activities, are “pure chaos.” She’s had to learn how to do math the way her children do it, not the way she was taught.

If the school district offers summer school, she is “100 percent interested.”

“They’re not getting as much out of what they’re doing now,” she said.

In Andover, Kansas, Nikki Call said she doesn’t have any interest in summer school because she doesn’t think her children have lost any learning time. The transition to virtual education was smooth, and teachers kept expectations “very high.” Her children — ages 14, 10 and 7 — had regular meetings with teachers on Zoom. Both she and her husband were able to work from home, making it easier to oversee the children’s schoolwork.

“My kids are doing just as well at home as they would at school,” she said. 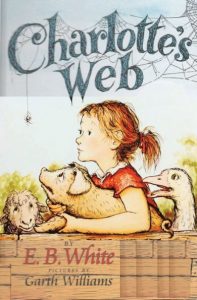 Call said the teachers in Andover Public Schools went to great lengths to keep the children engaged. Before school buildings closed, her daughter’s first-grade class had planned to read Charlotte’s Web together. The teacher also had chicken eggs for the children to observe. After the closure, the teacher recorded herself reading each chapter of the book, and she put the chicks in a box on the front porch of her house. She set up a schedule for the children to come visit them.

As an academic intervention, summer school could be easier for some districts to implement simply because it’s already offered in many places, and school officials likely wouldn’t need to negotiate major changes to existing employment contracts. Teachers in Miami-Dade and New York City, for instance, are paid their regular hourly or daily rate for teaching in the summer.

What’s unclear is whether teachers will want to work this summer. Karla Hernandez-Mats, president of the United Teachers of Dade, said in a normal year there are more teachers willing to work than available positions. But teachers are juggling a lot of responsibilities during the shutdown. Some are caring for their own children or sick family members, while also learning how to teach remotely, she said.

Michael Mulgrew, president of the United Federation of Teachers in New York City, the country’s largest district with 1.1 million students, said teachers have been working “crazy hours” to help students and parents amid the crisis. The attitude is: “The buildings are closed. School is in session,” he said.

But teachers still have found it challenging to help families with language barriers. Some families are sharing one device among multiple children. Some high school students are working because their parents have lost income or jobs. The New York City Department of Education has estimated that some 177,700 students will need summer school, compared to about 44,000 students last year.

“It’s going to be a huge effort, an unprecedented effort … the greatest challenge I’d say this school system has ever faced,” Mayor Bill de Blasio said of the summer school endeavor at his May 19 press conference.

Some teachers might want to work the summer, however, because some of their families have also been hit hard by the economic crisis, union leaders said.

In Portland, the public school system is offering virtual options for high school students, but hasn’t announced plans for younger students. Three days were added to the end of this school year to limit the instructional time lost from the four-day week. Roosevelt, the first-grade teacher, said she would be eager to work during the summer.

For many of the families at her school, education has taken a backseat to providing basic needs. Families have lost jobs and homes. She has delivered food to families, along with paper packets of school work. With two young children of her own, Roosevelt said she and her husband are juggling a lot, but she wants her students to know she’s available.

Lead Image: Carmella Gilmour, a first-grader in Richland, Washington, works on a reading assignment at home. Her mom is concerned that Carmella and her two siblings are falling behind and would jump at the chance to send them to summer school. (Dori Luzzo Gilmour)