Innovation Road Trip: From the Wreckage of Detroit, a Curriculum Rises to Teach Science, Social Studies — and Integrity 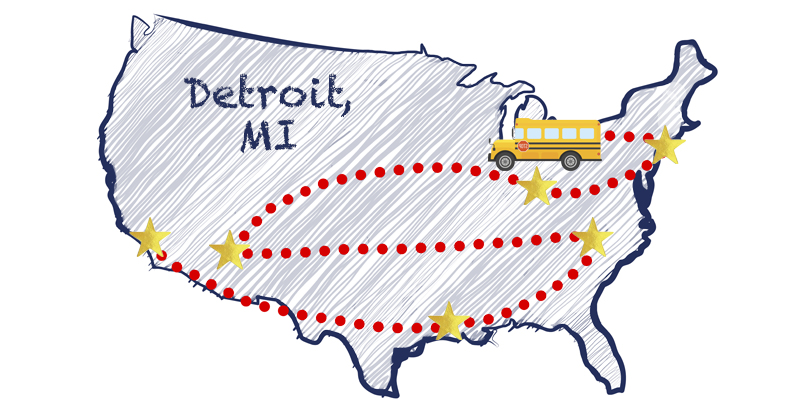 This is the seventh piece in a new travel blog series on The 74, in which the Knowledge Matters Campaign, part of StandardsWork, will take us on an adventure through classrooms across the country. Sign up for The 74’s newsletter to learn about new installments, and see the full developing series here.

Detroit has lost more than 1 million residents since its peak in 1950. Once-beautiful homes sit boarded up in a 672,000-person city that housed 1.8 million people nearly seven decades ago.

But this city still has fight left in it, as we discovered on our sixth Knowledge Matters School Tour stop. At two charter schools — Detroit Prep and Detroit Achievement Academy — a small group of committed educators are working to breathe hope into this once-great city by building schools that work for all students. 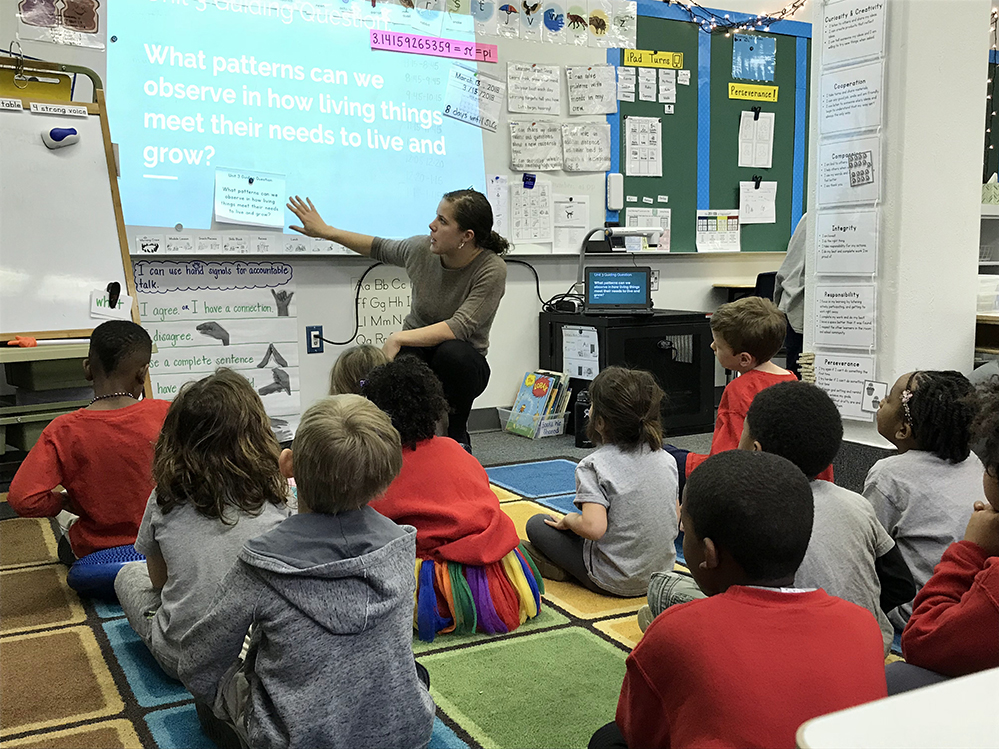 Shelly Tremaglio’s Kindergarten class learns about patterns in nature as part of a “Researching to Build Knowledge and Teach Others” module on trees. (Photo credit: StandardsWork)

Both schools we visited have chosen to use EL Education’s K-5 Language Arts (EL 2.0), a curriculum that intentionally integrates social-emotional learning, academics, and real-world applications and experience. Indeed, one of the most exciting features of EL 2.0 is that its holistic vision of achievement appeals to parents, teachers, and students of all backgrounds.

Academically, the curriculum is made up of four modules a year, each focused on a topic in science (like birds, fossils, or weather) or social studies (like leaders of social change or the American Revolution). We saw first-graders reading complex texts about the adaptive value of different kinds of bird beaks and feathers, and heard students recounting with joy the heron they saw over the weekend. Their teacher tells us that the students have even learned to greet each other with bird calls. 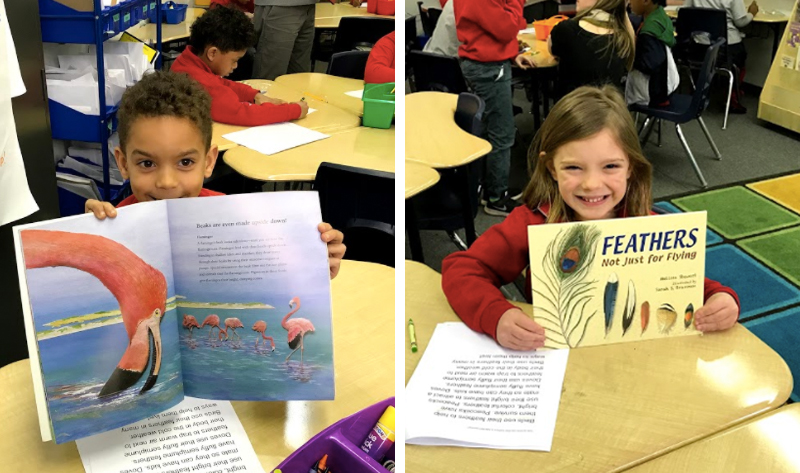 Woven in with this rich content is the focus on social-emotional learning, a key differentiator of the EL 2.0 curriculum. Schools select their own core values, which are baked into academic conversations, goal-setting, and student self-monitoring. Detroit Prep’s core values, for example, are responsibility, perseverance, curiosity and creativity, integrity, cooperation, and compassion. During our time with them, it wasn’t at all uncommon to hear students encourage each other to be more responsible or even to ask their teachers if they could provide their feedback more compassionately. The teachers emphasized that the focus on social-emotional learning was particularly valuable for students who had come from less advantaged backgrounds and were learning to feel safe and valued at school. 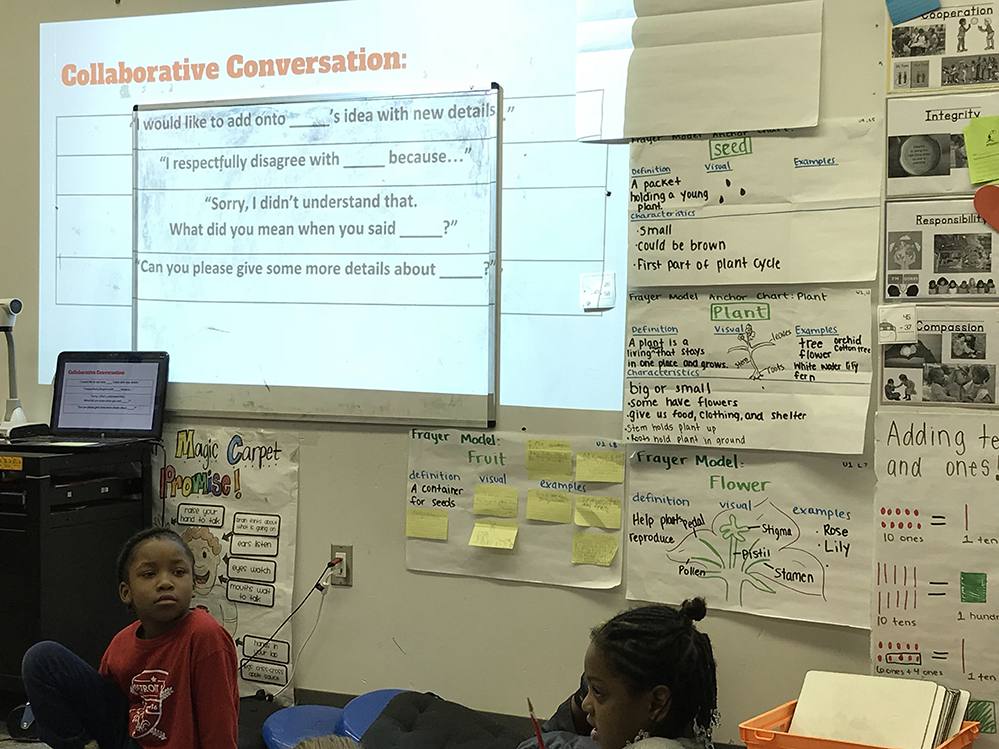 Second graders practice “collaborative conversations” as they work on a unit about pollinators. (Photo credit: StandardsWork)

This blending of social-emotional and academic learning comes together in EL 2.0 schools when students present their work to parents at student-led parent conferences to discuss their progress, as well as at quarterly “celebrations of learning” for the entire school community. We saw the beautiful aftermath of one such celebration at Detroit Achievement Academy, where the entire school was decorated to resemble a tropical rainforest.

The educators at Detroit Prep and Detroit Achievement Academy emphasize that, unlike other curricula, EL 2.0 is not “plug and play,” but instead contains the “seeds to help your garden grow.” Much like a garden, the curriculum can be “messy” and takes time and patience before you see the fruits of your labors, teacher say. 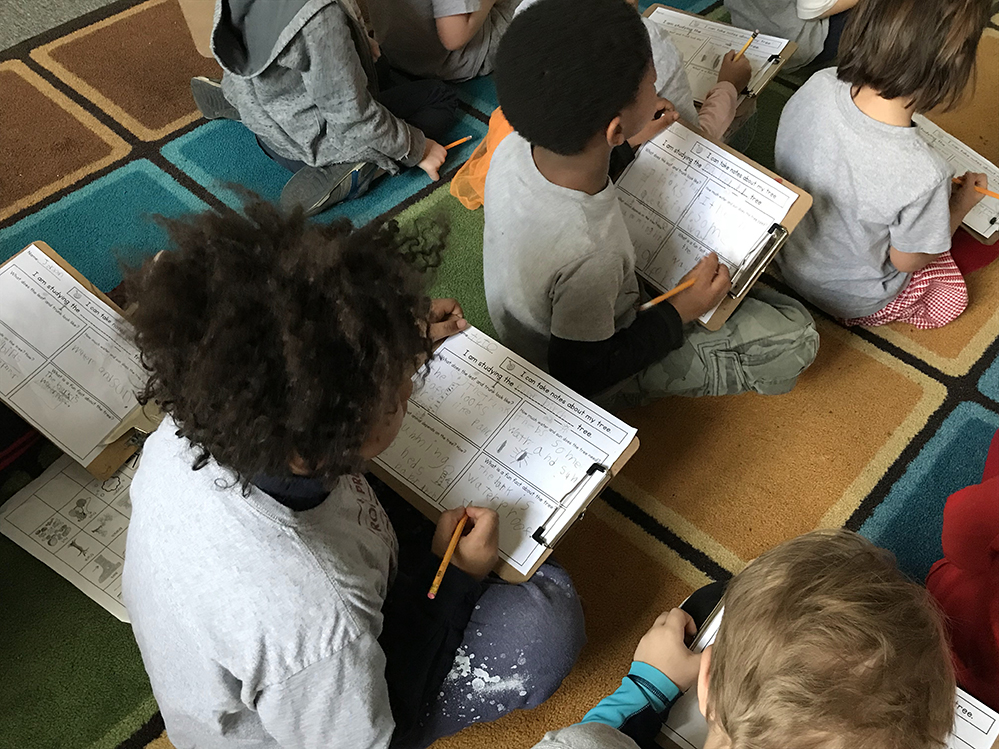 “It doesn’t feel neat,” Detroit Achievement Academy Principal Adrian Monge said. “There’s not going to be a successful exit ticket at the end of the day…. Sometimes you have to wait till the third unit of the module.”

Educators also emphasized that success with this curriculum requires much more planning time and work to study and internalize curriculum design.

Messy as planting this garden may be, an interview with fifth graders Jordan, Justin, and Victoria proved what’s possible. The class was completing a unit on athletes who were leaders of social change, and Victoria had just ably facilitated her peers in a Socratic seminar about whether Jackie Robinson’s success was more attributable to his personal character or to outside factors like the support he received from family and friends. 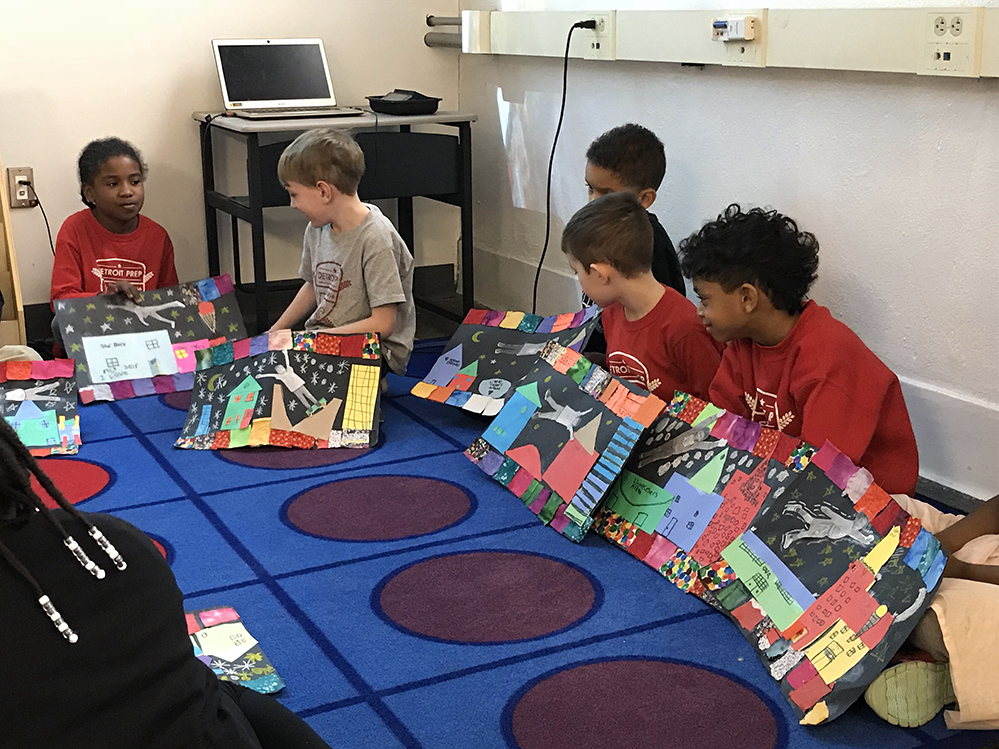 Jordan, who is now blossoming, said he struggled to learn at his previous school because his teachers were unkind.

“It took me time,” he said. “But now I care about my education and learning.”

Victoria said learning about African-American sprinter Wilma Rudolph — and how she had overcome polio and shed leg braces to win three gold medals in Olympic track — sparked an interest in history.

For Victoria, the lessons from Rudolph also translated outside the classroom. 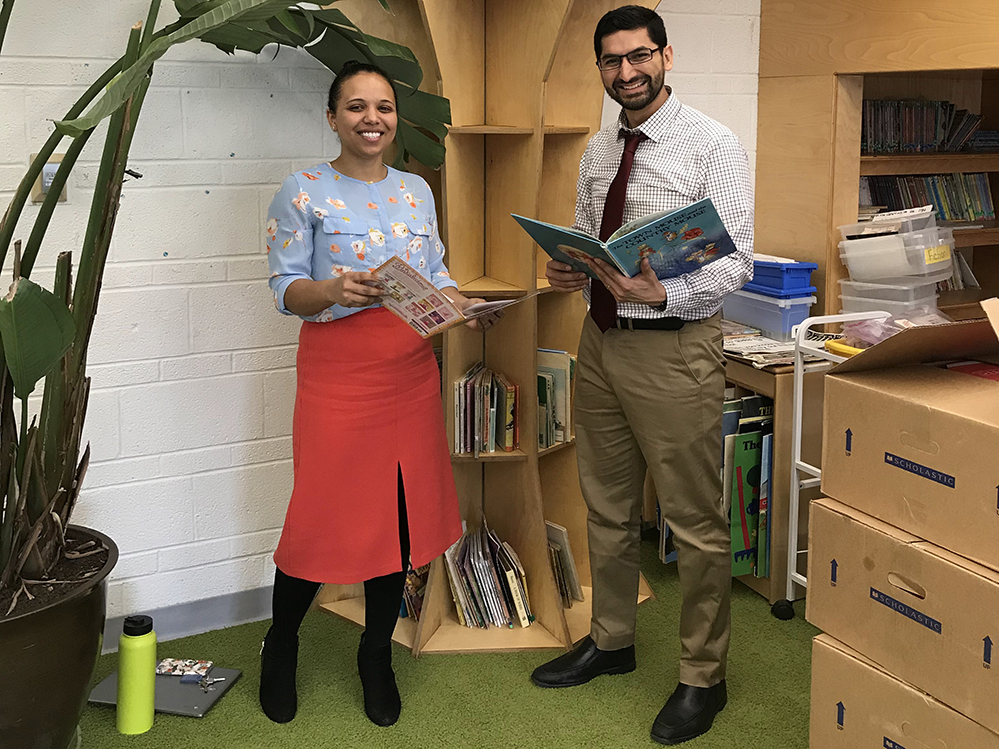 “There was a moment when one of our new students was struggling and had a conflict with another student,” teacher Kirstin Stoeckle said. “Victoria went up to her, put her arm around her shoulder, and said, ‘If Wilma Rudolph could overcome polio, you can do this.’”

Stories like this give us hope that from the wreckage of closed factories and abandoned houses, the seeds of opportunity in Detroit are sprouting.

Innovation Road Trip: At This Rust Belt Grade School, a Curriculum Centered on Texts Is Defying the Effects of Generational Poverty