Innovation Road Trip: At This Rust Belt Grade School, a Curriculum Centered on Texts Is Defying the Effects of Generational Poverty 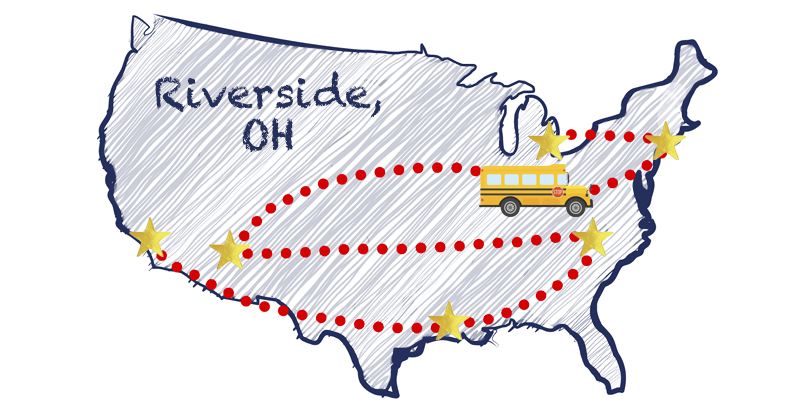 This is the sixth piece in a new travel blog series on The 74, in which the Knowledge Matters Campaign, part of StandardsWork, will take us on an adventure through classrooms across the country. Sign up for The 74’s newsletter to learn about new installments, and see the full developing series here.

Galileo Galilei’s birthday is not usually a cause for elementary school celebrations — but that could change if publisher Great Minds has anything to say about it.

At Saville Elementary School in Riverside, Ohio, a suburb of Dayton, third-graders are learning quite a lot about the Italian astronomer and father of modern science as they kick off a module on Outer Space in Wit & Wisdom’s new ELA curriculum by reading Peter Sís’s Caldecott Medal–winning book Starry Messenger. 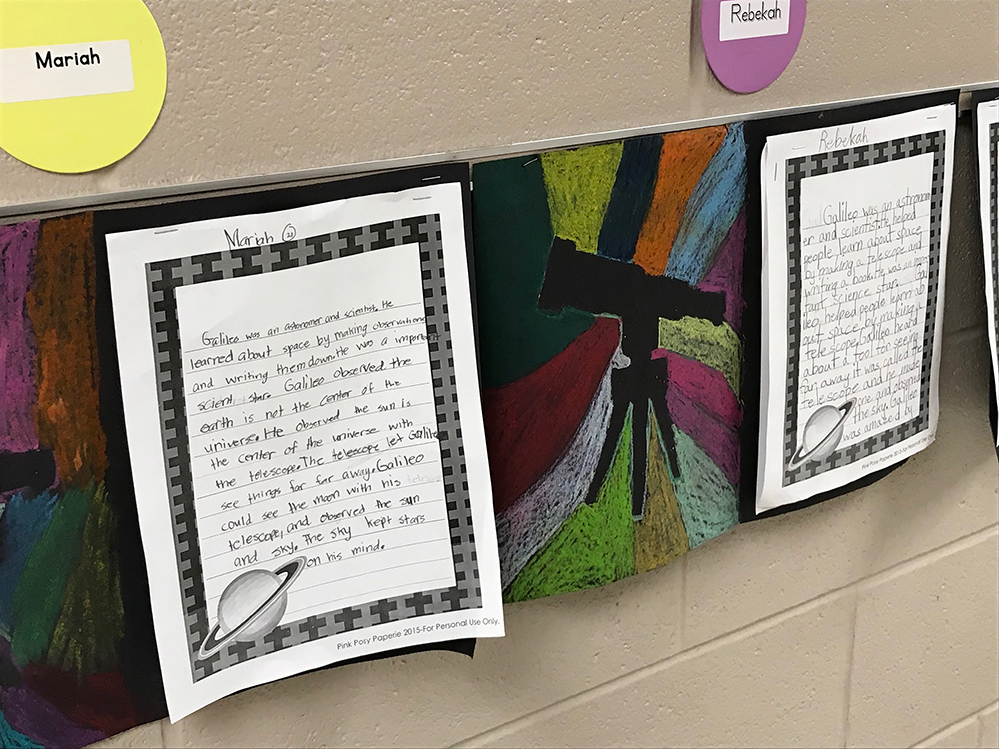 Our tour guide, Mad River School District Instructional Coach Mandy Polen, had no way of knowing that our visit was going to fall on such a special day. We were treated to a wonderfully rich Socratic seminar on the virtues of the space race, a culminating activity for the module that began six weeks ago with Galileo and, during the intervening weeks, had students read Brian Floca’s Moonshot and Robert Burleigh’s One Giant Leap (both award winners) while exploring a NASA video, mixed-media fine art, sculpture, JFK speeches, and more. 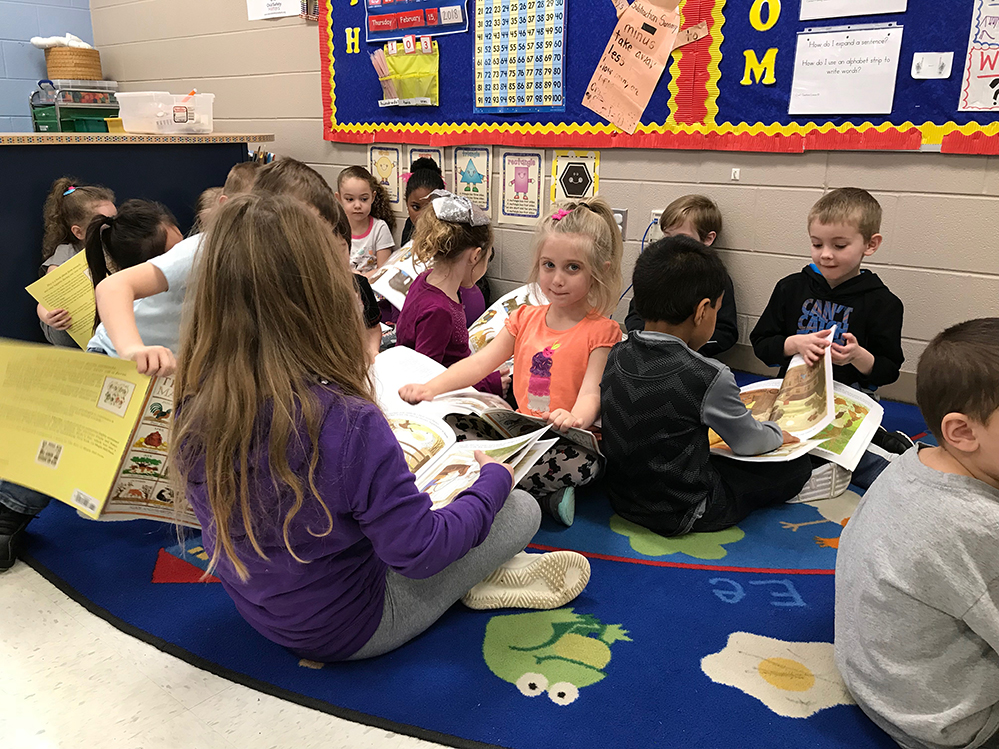 Kindergartners in Lindsey Dennis’s class learn about months and seasons from The Year at Maple Hill Farm. (Photo courtesy StandardsWork)

Student Achievement Partners’ David Liben accompanied me on this visit to Dayton. At the conclusion of the seminar, Liben told the students about how Sputnik launched a massive debate within policy circles about the lack of rigor in the American education system, with some camps feeling students should be pushed to tackle more demanding topics earlier in their school career and others arguing it wasn’t developmentally appropriate.

“That’s just offensive,” one little girl immediately offered. “I love proving people wrong,” chimed in another. Galileo would have been proud. 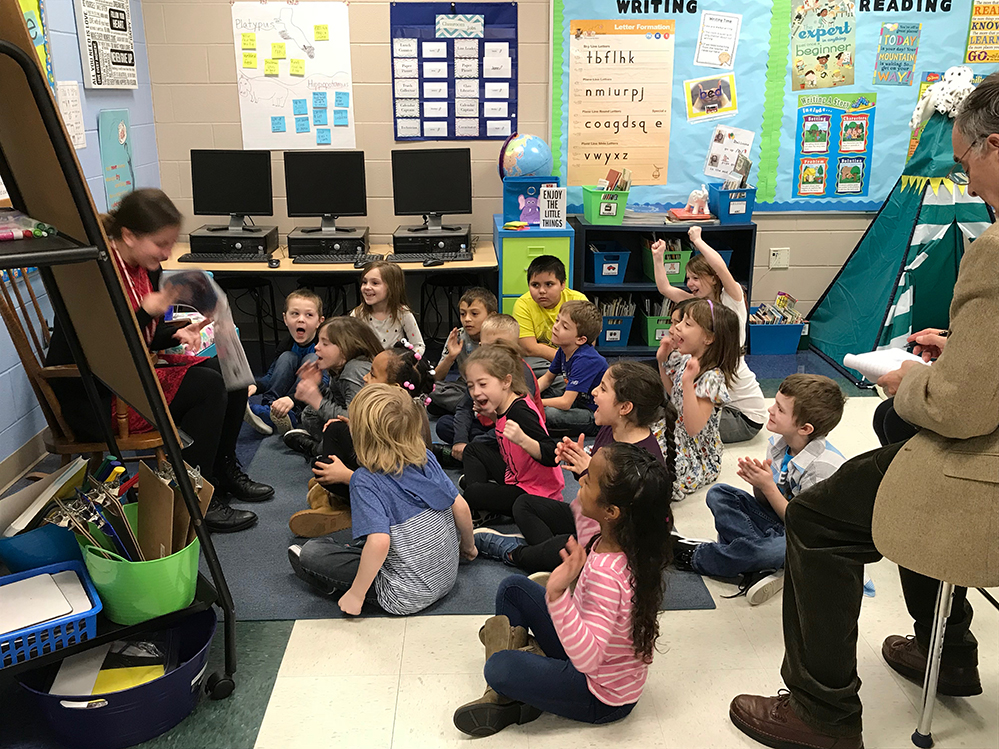 First-graders in Jenna Nelson’s class discuss What Do You Do With a Tail Like This? (Photo courtesy StandardsWork)

Katie Luedke has been at Saville her entire teaching career — 15 years. She’s mostly taught first and second grades. It was when she moved to the third grade, looping with some of the kids she had two years earlier in the first grade, that her passion for curriculum reform reached its peak. That was when she really saw the effects of not having a consistent curriculum.

“They couldn’t look at a passage and understand it,” Luedke said, describing a lack of “connection to what they’re reading,” insufficient vocabulary, and little knowledge of the world.

The teachers at Saville are a singularly impressive lot. Luedke herself has undergraduate and graduate degrees from the University of Dayton, ranked one of the top teacher preparation programs in the nation by the National Council on Teacher Quality, and is National Board certified. If anyone could write good curriculum, these folks could do it. 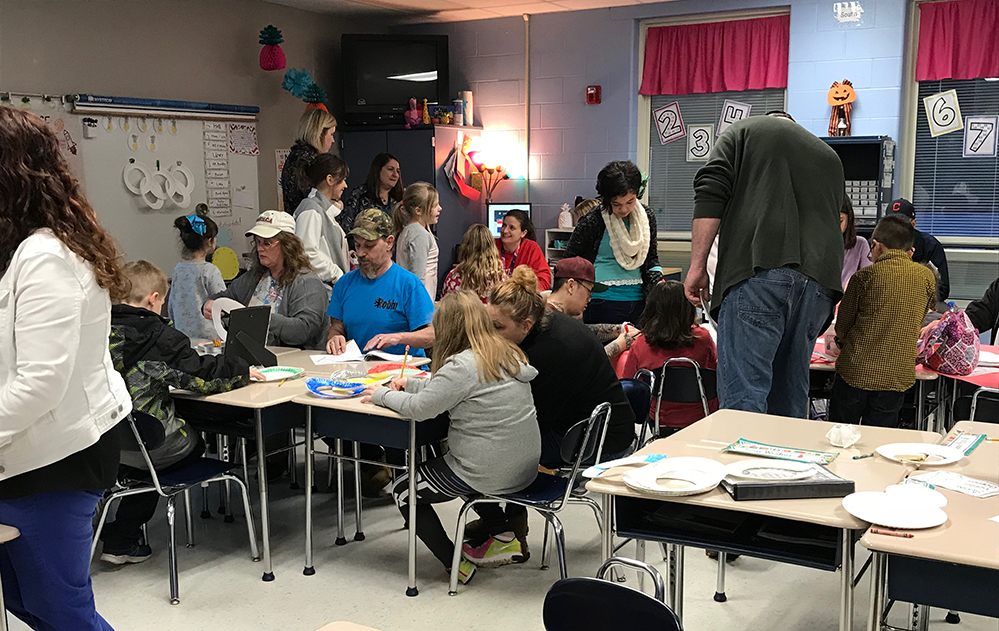 Luedke became part of a group of teachers who concluded they had to abandon their strategy of “fixing” things here and there (in response to test scores) and embrace a unified curriculum. They had developed an antipathy for “the basal approach” and decided they wanted to do something really different. What led them to Wit & Wisdom were the books.

It’s hard not to love the books that make up the Wit & Wisdom curriculum. Each of four modules in the school year is composed of a curated collection of literary and informational texts Great Minds calls “beautiful inside and out,” as well as speeches, interviews, music, visual art, film, and more. The texts were intentionally selected to serve as both “mirrors and windows” — that is, they provide opportunities for students to see themselves reflected in the texts and also open up for students a knowledge of the world and the world of ideas.

As we moved around the school — first into a fourth-grade class reading Gary Paulsen’s Hatchet as part of a module on “Extreme Settings,” then to a second-grade class reading The Story of Ruby Bridges as part of a module on “Civil Rights Heroes,” and finally a first-grade class reading What Do You Do With a Tail Like This? (another Caldecott winner) — it was hard not to feel like we were in some elite private school. Yet Saville is anything but. It’s a district school in a Rust Belt city plagued by the all-too familiar problems of generational poverty: families torn apart by drug addiction, homelessness, and irregular employment.

The teachers at Saville get pretty emotional when they talk about what Wit & Wisdom is providing their children.

“They will have this for the rest of their lives,” Luedke tells us.