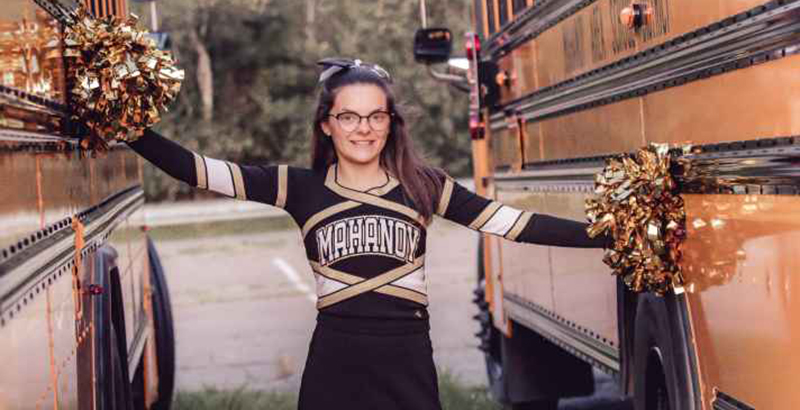 (Courtesy of the ACLU)

The future of students’ First Amendment rights is on the line after the Supreme Court heard oral arguments Wednesday in a case about a profane Snapchat post that could define schools’ authority to regulate off-campus speech — an issue that’s taken on particular relevance in the social media era.

Justices lobbed tough questions at attorneys representing both parties during the two-hour hearing, but seemed prepared to support students’ ability to express themselves off campus without government interference while also grappling with the reality that students’ off-campus speech — namely social media posts — can easily penetrate the schoolhouse gate and disrupt the learning environment. Several justices also signaled the possibility for a narrow ruling that would steer clear of setting new precedent.

The case, Mahanoy Area School District v. B.L, centers around a Pennsylvania high school student’s 2017 Snapchat post expressing frustration because she didn’t make the varsity cheerleading squad. The student, Brandi Levy, posted a selfie of herself on a weekend in which she displayed her middle finger and included a profane caption: “Fuck school fuck softball fuck cheer fuck everything.” Though the post was uploaded away from school, her message made its way back to campus where the student, then 14 years old, was suspended from participating on the junior varsity team for a year.

At question is the applicability of a decades-old standard set by the Supreme Court in the 1969 case Tinker v. Des Moines Independent Community School District, which said that students don’t shed their First Amendment rights at the schoolhouse gate but schools may punish students for on-campus speech that causes, or is likely to provoke, a substantial disruption to the school’s learning environment.

Lisa Blatt, an attorney representing the Mahanoy district, said that Tinker applies to students’ off-campus speech because of its potential to disrupt on-campus learning, and that a lower court’s opinion barring schools from punishing students for their comments away from campus would “create chaos” at school.

American Civil Liberties Union attorney David Cole, who represents the student cheerleader, argued that educators should only have authority to regulate speech when students are under their supervision, such as in class or on a school-sponsored field trip. Applying Tinker to off-campus speech, he said, would “transform a limited [First Amendment] exception into a 24-7 rule” that would require students to “carry the schoolhouse on their backs, in terms of speech rights, wherever they go” and would interfere with parents’ rights to raise their children.

The Supreme Court, with its 6-3 conservative majority, appeared hesitant about creating a rule that would give educators broad authority over students’ speech off campus and were skeptical that the Snapchat post central to the case was sufficiently disruptive at school. Among those who seemed prepared to hand Levy a victory was Justice Brett Kavanaugh, who called her one-year cheerleading suspension an “overreaction.”

“My reaction when I read this, she’s competitive, she cares, she blew off steam like millions of other kids have when they’re disappointed about being cut from the high school team or not being in the starting lineup or not making all-league,” he said, adding that students’ inclusion in school sports can stick with them for years. A year later, Levy landed a spot on the varsity team.

Meanwhile, Justice Stephen Breyer highlighted the student’s use of a common swear word, arguing that millions of students could face school discipline if they were prohibited from cursing outside of school. Though some on the cheerleading team may have been upset by Levy’s post, he questions whether it truly created a substantial disruption at school.

“She used swear words, you know, unattractive swear words off campus,” he said. “Did that cause a material and substantial disruption? I don’t see much evidence that it did, and if swearing off-campus did, I mean my goodness, every school in the country would be doing nothing but punishing.”

Blatt, the district’s lawyer, portrayed the cheerleader’s comments differently, alleging that the student “berated her coaches, the sport and other teammates.” Cutting Blatt off, Justice Sonia Sotomayor said they could “quibble” with Blatt’s characterization of the student’s Snap, adding “I’m told by my law clerks that, among certain populations, a large percentage of the population, how much you curse is a badge of honor.”

“That would surprise many parents,” she continued, “however, if it is true, where do we draw the line with respect to it targeting a school? Kids basically talk to their classmates, most of their conversation is about school. Most of their exchanges have to do with their perceptions of the authoritarian nature of their teachers and others.”

Though justices raised the possibility of a narrow ruling, their opinion could also come with significant national implications for a host of student expressions, from political speech to religious freedom. The Supreme Court got involved after the Pennsylvania district appealed a ruling from the U.S. Third Circuit Court of Appeals, which found that educators violated Levy’s First Amendment rights because they lack authority to punish students for off-campus speech, even in instances where it disrupts school.

The justices did seem to acknowledge a need for schools to regulate certain off-campus speech that harasses other students or threatens violence. Such concerns were central to the argument presented by the Biden administration. In his testimony, Deputy Solicitor General Malcolm Stewart said that students’ online speech, including that on social media, can easily work its way into schools.

“The location from which the post is sent is more or less irrelevant to the likelihood that it would cause disruption” at school, he said. While students still have traditional avenues of off-campus expression, including social gatherings, he said that online speech has a unique ability to penetrate campus life and disrupt learning environments. “A lot of online speech will literally appear on students’ phones when they’re back in class on the next school day.”

The ACLU’s Cole noted that laws already exist that prohibit people, including students, from engaging in harassment or making “true threats” of violence.

“You don’t need the blunt instrument of Tinker to deal with the problems of off-campus behavior that might have an effect in school because the First Amendment doesn’t stand in the way,” he said. “It permits regulation of threats, it permits regulation of bullying, harassment, cheating, as long as those are carefully confined by the existing First Amendment doctrine.”

Yet some situations go beyond those rules, Stewart, the deputy solicitor general, said. Through off-campus social media posts, he said that a student could “cultivate a vaguely menacing persona” without making direct threats but still ”intended to put his audience in fear.”

“That’s the sort of thing that a school ought to be able to regulate,” he said.

Levy’s involvement in school athletics also became a sticking point in Wednesday’s debate. As a “school ambassador” on the cheerleading squad, Levy should be held to a higher standard and subjected to an extra degree of regulation, Blatt, the district’s lawyer, said. In fact, Stewart added, team cohesion “was one of the objectives” of the cheerleading program.

“This would be a much harder case for the school if [she] had been suspended from school entirely because that punishment would rest on the idea that no member of the student body could acceptably have said this, and that would be a much harder case,” Stewart said. “But what made the speech objectionable was that it was coming from inside the team.”

In fact, school rules said that cheerleaders should “have respect” for the school, coaches and other cheerleaders and to avoid “foul language and inappropriate gestures.” But the ACLU’s Cole noted that the lower court found that his client didn’t violate those rules and the district didn’t appeal to the Supreme Court that part of the lower court ruling.

While Levy’s speech occurred before the cheerleading season had begun and not at a school-sponsored event,Cole acknowledged that schools have “quite a bit of leeway” to impose rules on athletes that wouldn’t apply to the general student population, so long as they’re created in advance.

A ruling in the Pennsylvania district’s favor would still have profound implications on all students, not just those who participate in extracurricular activities, Cole said.

“Schools are areas of strict discipline,” he said. “They should be, they have to be, but kids shouldn’t have to carry that discipline out with them when they’re hanging out with their friends on the weekend.”

Oral arguments were held over the phone because of the pandemic, providing the public a rare opportunity to follow along with a live online feed from the high court. A recording of the oral arguments is available below. The court is expected to release its decision in the case by this summer.