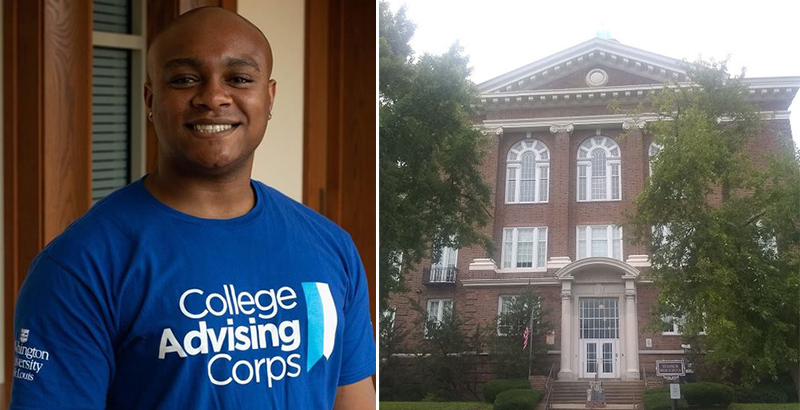 Last spring, college adviser Anthony Scales took on some extra duties that put him on the front lines of an effort to rescue the college dreams of tens of thousands of students — an effort best described by a cliche: They’re building it while flying it.

At the high-poverty, all-minority Sumner High School in St. Louis, Scales advises students as part of the College Advising Corps, which partners with universities to send their recent graduates to high-need high schools to advise students. Scales is one of 820 advisers in 782 high schools around the country.

The extra duties he took on were part of a collaboration between the Corps, Common App, which allows students a common application form to apply to hundreds of colleges, and AdmitHub, which pioneered “Oli,” an AI-guided chatbot that performs virtual college advising.

When it became clear that COVID-19 was about to thwart college aspirations for thousands of vulnerable students, the leaders of these three groups designed an experiment that works like this: A national group of roughly 173,000 students recruited through Common App, almost all of them low-income and would be first-generation college-going, started receiving virtual advising from AdmitHub’s Oli in April. Students who decide they need to go beyond Oli get linked to real-life advisers already working for the College Advising Corps, such as Scales in St. Louis. To date, nearly 4,000 students have asked to speak to an adviser.

This collaboration is not the only urgent guidance program playing out during the pandemic. Another two groups, City Year and Saga Education, are doing similar work. All three are funded by the Bill & Melinda Gates Foundation as part of its “No Dream Deferred” campaign.

Writes Gates in his blog: “COVID-19 could—on top of the horrific toll it has already taken—permanently derail the dreams of hundreds of thousands of young people.”

Will it work? Hard to say, but the early evidence looks promising.

The reason this collaboration is build-it-while-flying-it is there are no opportunities to stop and conduct research on how best to do this. The so-called “summer melt” rate — students who committed to college who never show up, usually low-income, underrepresented minority students — could soar to as high as 50 percent, far above the typical 30 percent, estimates Nicole Hurd, founder and CEO of the Corps.

“These data offer the first opportunity to grasp the full range of effects on students and institutions of the host of disruptions the nation has weathered this summer,” said Doug Shapiro from the Clearinghouse. “The equity implications for higher education in the fall are becoming more clear: Many of those most affected by the pandemic also appear to be losing access to college classes, even at community colleges and rural institutions that have traditionally served them.”

If ramped-up college advising — all conducted virtually due to the virus — is going to arrest the plunge there’s no opportunity to conduct medical-style experiments, where some patients get the actual medicine and others get a placebo. That’s unthinkable. Who’s going to risk a student’s future with random assignment college counseling?

What’s left to do amounts to scooping up what appears to work at scale: A combination of computer-driven advising that can reach thousands with an option and when things get really confusing, to talk to advisers such as Scales.

Scales is a typical Corps adviser; he knows something about against-the-odds success. He grew up in Clinton, Mississippi and landed at the prestigious Washington University in St. Louis, where he graduated a year ago with a degree in international affairs and South Asian languages.

His usual duties at Sumner High School involve advising the seniors there. With the collaboration, he was assigned a slot of time to take queries from the collaboration students — the “Oli Bot” students from all over the country. The flow ranged from very light to a swarm, he said.

As the virus grew worse over the summer, and more colleges began signaling they would start up with online classes only, the queries from the Oli Bot students grew more serious and pegged to the virus news of the day. When colleges announced delays due to the pandemic, students needed to know how that changed their transportation, their housing, etc.

Scales knows the odds of eventually earning a bachelor’s degree drop dramatically when a student shifts from a four-year college to a community college, but he didn’t automatically reject the community college option. Students who wavered on a four-year college because it seemed scary got pushback from him. “I’d question that a bit more, saying, ‘Let’s not make a decision because you’re scared of the newest thing.’”

Other students, however, got his support for making the switch. “These students would say, ‘I don’t really know if it’s the best choice for me anymore. I don’t want to be away from family right now, and there are financial issues, etc.” For these students, Scales laid out a positive case for community college.

“That can be a really great option if you know what you want to do (in life). It’s a much cheaper option and can put you in a much better academic position … Students who are barely motivated to go to a four-year school are just going to drop out, but if they can take their education at a slower pace, a more academically acceptable pace at a community college, then they might be more motivated to earn a bachelor’s degree.”

Students who won scholarships to attend elite schools — as he did at Washington University — almost always got counseled to stick with it. For low-income students, graduation rates from those universities are on par with the other students there, in the 80-90 percent range, and the financial aid packages are far better than at less elite institutions.”

Said Scales: ‘You don’t get any better than free.”

Whether this virtual advising works won’t be known until at the least the fall when enrollment data can be digested. But Hurd says she’s encouraged by the student active engagement rate, the indicator of how students are using it. 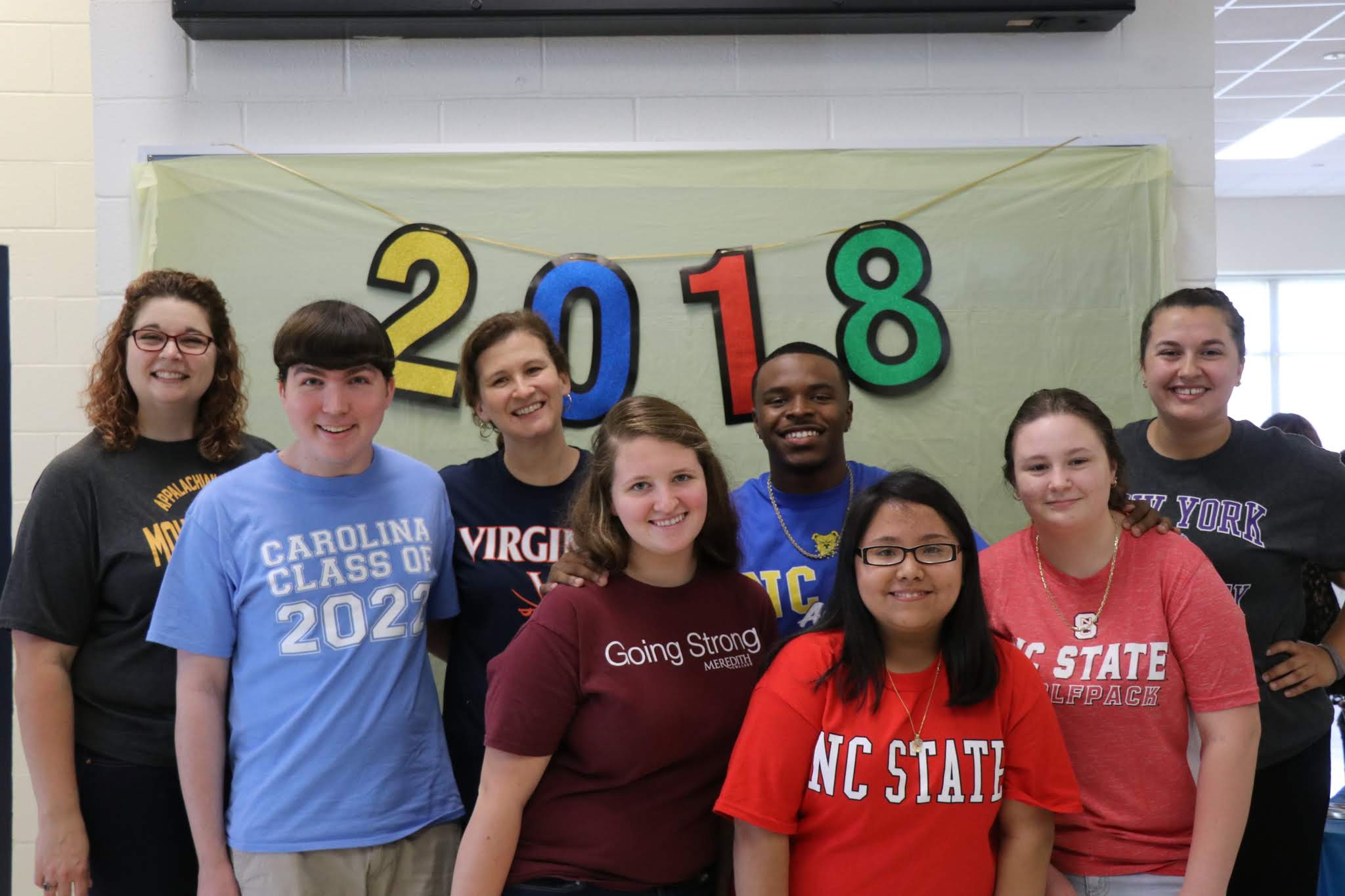 “We’re seeing an engagement rate of 61 percent, which is at least double the rate normally seen for these types of outreach,” she said.

The Oli chatbot is designed to be conversational, said Andrew Magliozzi, co-found of AdmitHub. It asks a lot of questions, such as: Are you the primary caregiver for someone in your family? Among these students, more than 10 percent fit that category, which in turns tailors the college advice. “We like to think of ourselves as tools for listening at scale so we can find the highest- leverage solutions for the advisors who are going to do the deep work,” said Magliozzi.

Common App’s Eric Waldo agrees.  “The bot can ask questions and communicate in ways that are great for students who don’t feel comfortable talking in person. It’s able to ask if you’re nervous about going to college, and then tailor the content around that.”

In the best of worlds, assuming if it proves effective, the collaboration could lead to a template for other organizations to follow, even after the coronavirus crisis is over. Already, the Corps has published a lengthy manual on virtual college advising.

“What’s exciting,” said Waldo, “is we’re taking the best part of the AI chat world, where students get quick responses, but also offer a real life human being, which gives them a place to go to.”