How Does a College Grad End Up at a For-Profit Technical School? It’s All About the Job Market — and the Value of a Bachelor’s Degree 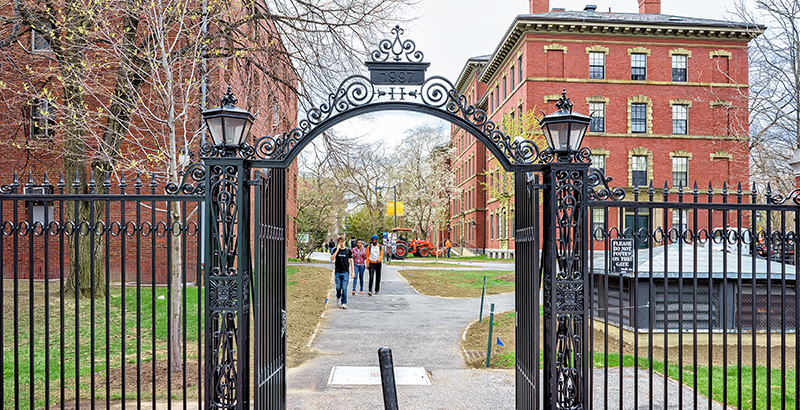 With a bachelor’s degree in psychology from Rutgers University, New Jersey’s flagship public college, 22-year-old Rachel Van Dyks expected to have a good job by now. A professional job with a proper salary and benefits would enable her to move out of her grandfather’s house, where she lives with her parents and her brother. Instead, the 2017 graduate works 46 hours per week at two jobs — scooping maple walnut ice cream at the local ice cream parlor and taking orders at a high-end steakhouse — while paying for an associate’s degree in cardiovascular sonography at a for-profit technical school.

Van Dyks is not alone, according to Anthony Carnevale, director of Georgetown University’s Center on Education and the Workforce. A majority of college graduates require additional education in order to qualify for a good-paying job, Carnevale said — though many might not find that out until after commencement exercises are over. While colleges are expanding their career development offices and providing students with opportunities for internships, few students take advantage of those resources. For those young graduates, the realities of the job market come as a surprise.

The traditional path is to pursue a master’s degree, but many college graduates, like Van Dyks, are abandoning the academic track and following a path that some might view as going backward: enrolling at a community college or a for-profit technical school and getting an associate’s degree or industry certification, specifically to qualify for a job. According to Carnevale, 14 percent of bachelor’s degree holders go that route.

Van Dyks chose Eastwick College, a for-profit technical school in Ramsey, New Jersey, for a variety of reasons, including scheduling flexibility, assistance with job placement, and assurances that she will be immediately employable, at a good rate of pay, after graduation.

As college president Tom Eastwick put it, schools like his prepare students for real jobs: “I think being an electrician or a plumber is a home run,” he said. “They do very nicely. Sometimes $20 per hour.”

Working for a degree, not a job

Though she had an interest in medical work, Van Dyks did not start college with a clear picture of specific careers, salaries, or training requirements in health care. She settled on a psychology major in her sophomore year without a great deal of thought; browsing through a list of majors, she decided it sounded more serious than other majors, and she had already taken a number of classes in that department.

Her high school guidance counselor had not talked with her about careers, nor did she gain that information at college. On Rutgers’s sprawling campus in New Brunswick, with its 35,000 undergraduates, most of her classes were in large lecture halls where she had little direct contact with her professors, who possibly could have offered guidance about employment in their fields.

Five years ago, Rutgers expanded the offerings at its career services center, both online and in person. In an email, Neal Buccino, an associate director for media relations for the university, said that “we hear time and again from employers that experience is the new entry-level requirement.” So Rutgers offers students internships, co-ops, and other work-related opportunities. Buccino said 86 percent of students who completed their bachelor’s degrees in 2017 — including 81 percent of psychology majors — reported being employed or in graduate school six months after graduation.

But despite these offerings, Van Dyks said she didn’t attend job fairs or visit the career center. Unpaid summer internships are difficult for students like her, who must contribute money toward their education. Instead, she focused on finishing her academic requirements and participating in the social life on campus. She had chosen Rutgers because, at $27,000 a year, it was the most affordable option, and by working over summer breaks, she was able to keep her student loan debt to $30,000 — far less than some of her friends, who owe more than three times that amount. She graduated in four years with a 3.2 grade point average, assuming that a variety of options would be waiting for her.

Carnevale said that less than 5 percent of college students take advantage of career development services at their school, because it is not required. Without career counseling in college or high school, he said, many students — like Van Dyks — are unprepared for the working world.

On the hunt for a job

For months after graduation, Van Dyks searched online job boards but wasn’t happy with the opportunities for liberal arts college graduates with no work experience. Positions in sales, human resources, and marketing, which turned up most often, sounded boring or confusing. Without a degree in a medical field, she found she was qualified only for health care jobs that paid $12 per hour — less than what she makes at the ice cream parlor.

The process was extremely stressful. She said, “You feel lost. It’s a scary feeling.” She said she and her friends frequently complain about the job market and that her female friends with liberal arts degrees had more trouble finding work than her male friends who majored in business. This, too, is typical: Carnevale said men are more more likely to major in business or a STEM field; the most popular majors for women are nursing and psychology.

Van Dyks gradually realized she needed additional education. “In the past, you just needed a bachelor’s degree. Now, you need a master’s degree,” she said. Unable to take out additional low-interest loans or get any further financial help from her family, she would have to seek out costly private loans. The expense of continuing her education was an unwelcome shock.

At times, she blamed Rutgers for not preparing her for a career: “I think they left me high and dry. They took my money, and look where I am now.” At other times, she blamed herself, saying she should have made more strategic decisions. “I tell my brother, go into business, even if you hate it, because you’ll get a job,” Van Dyks said. She admitted that she could have taken a job in sales, but she didn’t think she would be good at it.

Carnevale wasn’t surprised that Van Dyks had trouble finding employment with her psychology degree. The two main career pathways for students in psychology — social work and counseling — require a master’s. Perhaps that explains why psychology majors earn less than other humanities majors after graduation: “What you take determines what you make,” he said.

Van Dyks had never thought about a career in sonography. But after her mother clipped an article from the newspaper that said the field offered many good-paying jobs, she did some research and started taking classes at the local community college, then transferred to Eastwick in January 2018 for an associate’s degree in cardiovascular sonography. The two-year program costs almost $40,000; getting a master’s at Rutgers would have cost twice as much.

She transferred, rather than continuing at the community college, because Eastwick’s rolling admissions process meant she didn’t have to wait until September to begin the specialized program. She thought the students there seemed more serious than her classmates at the community college, and she appreciated the school’s advertised placement rate of 81 percent, with a starting salary of $60,000 per year.

Founded as a secretarial school with 32 students in 1985, Eastwick College now has three campuses with nearly 2,000 students training in a variety of fields, including plumbing, funeral services, facilities management, occupational therapy, and surgical technology. Most of the students at the Ramsey campus, which specializes in higher-end medical careers, are older, suburban, and already have some college experience.

“They already tried college for a year or two, and they come home,” Eastwick said. “They’re frustrated because they realized they weren’t really getting much out of college and weren’t making much progress.”

Eastwick students are placed in externships for the last few months of their program and are supported by a large placement staff to help them land their first jobs. They are pushed to take placement exams, and the school covers the fees. It’s a highly structured program that Eastwick said benefits students who might become overwhelmed at a large college.

The move toward transparency

For-profit colleges like Eastwick have been subject to increased regulation in recent years regarding accreditation practices, retention rates, and job placement claims for their students. Some, including Corinthian and ITT Tech, have been forced to close, though Secretary of Education Betsy DeVos has been working to loosen those regulations. Reforms were necessary to shut down the bad schools, Eastwick said, and may have raised the prestige of his college, though they substantially increased the cost of running his schools.

What they also did, however, was increase transparency in how realistic job prospects actually are for graduates of for-profit schools — and Eastwick resents that community colleges and four-year institutions are not held to the same standards.

Carnevale agreed that all colleges should be more transparent about employment outcomes. Some college administrators, he said, want students to believe that classics majors earn as much as engineering students — and aren’t willing to put hard numbers on an online spreadsheet.

He also described the current “college for all” mentality as “idealism at its best.” Change is happening gradually, he said, as government officials and parents push all schools in higher education to disclose information about student outcomes. But right now, he said, “the system is out of joint. Not everybody wants or needs to go to college.”

With its lack of accountability, uneven information, and outcomes determined by socioeconomic status, Carnevale said, “the kids are the casualties in this whole system.”

Disclosure: Laura McKenna is the parent of a Rutgers University student.