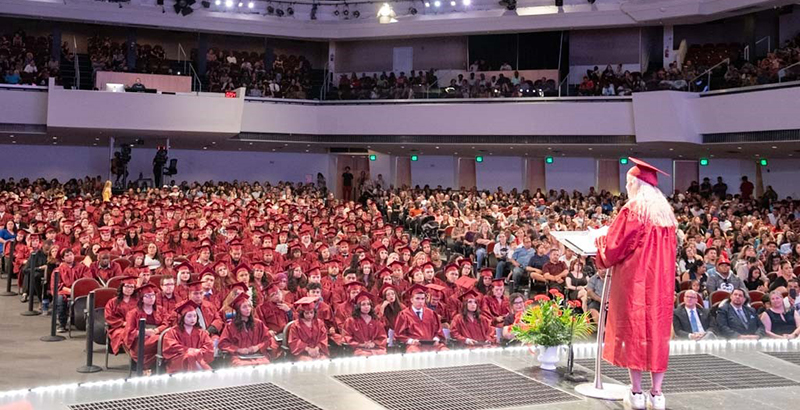 When Vanessa Villarreal realized she might not be able to graduate on time from her Glendale, Arizona, high school after her son Adam was born, she knew she needed another option. Her boyfriend suggested Ombudsman Charter Metro, the alternative charter school he attended at the time.

Villarreal, who now works at the school as a graduate intern helping new students, enrolled in 2016 and earned her diploma the following year. She was able to catch up and graduate, she said, because of the welcoming environment, the school’s flexible schedule and its personalized approach to her education.

Ombudsman Charter Metro is part of a network of alternative schools that serve students who have fallen behind on credits, are parenting or caring for family members, have been involved with the justice system or have otherwise struggled in traditional high schools. The Arizona network recently awarded 380 diplomas, recognizing its largest graduating class ever.

One reason for the network’s success in getting students to graduation day is how easily students can enroll at Ombudsman. When students arrive to sign up, they immediately sit down with a counselor and draft a plan for what it will take to earn a high school diploma. 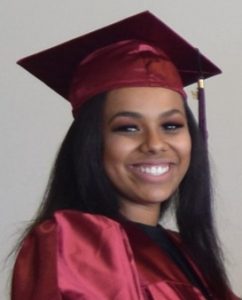 “The school was very welcoming” from day one, Villarreal said. When she arrived to enroll, someone greeted her at the door, and her adviser made sure she was comfortable with the learning program they were creating together.

That sense of welcome is crucial for helping students succeed, said Binky Michele Jones, regional vice president of the network.

“You can come to the school and we will sit down with you, regardless of what that previous history looks like, and put a plan together of how you can graduate,” she said. “There’s no barriers for doing that, and [students] will become enrolled and then they will have that plan and start working that plan.”

“That is key, because if they’re courageous enough to self-reflect and see that they need to come back to school, they’ve got to be able to go to a place that’s going to welcome them, put that plan together and start working the plan and be their biggest cheerleader,” Jones added.

The schools are open to students ages 14 to 21 and are free to attend. There are seven campuses: three in Phoenix, and one each in Glendale, Peoria, Tempe and Tucson. Students can enroll at any time throughout the academic year and start earning credits right away.

Villarreal attended school for four hours each day, spending about two hours working directly with a teacher and two working independently on a computer. Ombudsman allows students to attend school for a morning or afternoon session to accommodate their schedules. Villarreal opted for the afternoon session, which ran from about 12:15 to 4:15 p.m., because it worked better with her childcare options.

Overall, the average five-year graduation rate for the Ombudsman schools for the class of 2017, the most recent data reported by the state, was about 33 percent, though it ranged from 19 percent to 42 percent across the schools. Charter Metro, where Villarreal earned her diploma that year, had the highest graduation rate in the network, according to the state.

Some students may take longer than five years to finish or experience an interruption in their education, so the state’s numbers don’t tell the whole story for Ombudsman students. An Ombudsman spokesperson said the overall graduation rate for the 2018-19 school year was 95 percent, based on how many students completed their credits by their projected graduation date — an estimate set by an adviser when a student enrolls that can extend beyond the five-year time frame used by the state.

To compare, Arizona’s overall four-year high school graduation rate was 78 percent for the class of 2017, with a five-year rate of 82 percent.

That high benchmark comes amid questions about the integrity of alternative schools in Arizona and hand-wringing by many education observers about what increasing graduation rates may be hiding nationwide.

Earlier this year, the Arizona Republic published an investigation showing that some alternative charter schools — not Ombudsman — were failing to educate students and were using their alternative status to avoid accountability. Arizona was not assigning letter grades to alternative schools, which allowed them to operate without much oversight. At the same time, the state Department of Education was approving all applications it received for schools to get alternative status, even those that did not meet the threshold of 70 percent at-risk students.

The department has since tightened its approval process and will start giving letter grades to alternative schools later this year.

“Ombudsman really has a commitment to the individual student in trying to customize as much as they can what’s going to make that student successful, whether it’s afterschool help or different ways to address it,” he told The 74. “Number two,, I think it’s just a very committed, strong leadership team that really emphasizes success, and they want to do everything they can to try to be successful for those students.”

Ombudsman’s charter authorizer is ChanceLight Behavioral Health, Therapy and Education, a for-profit company that provides a range of services for children through contracts with school districts across the country. The company’s education division, which includes Ombudsman, is funded through partnerships with public school districts, state dollars and scholarships for students who have special needs, Jones said.

ChanceLight founder and CEO Mark Claypool defined Ombudsman in terms of what it’s not: a big high school with thousands of students and little personalization.

“The antithesis of Ombudsman would be a large comprehensive high school, where there might be 3,000 or 4,000 children, where nobody really knows your name, you’re kind of lost in the shuffle, you’re one kid in the class of 30 people,” he said.

Integrating technology allows students to move at their own pace, and small classes ensure that students get personal attention, he added. “When you have one teacher for 10 kids, that lets you develop a depth of relationship that you just cannot get in another setting.”

For Villarreal, the education she received at Ombudsman was a new experience. “The big difference at Ombudsman from a public school is [the teachers] actually have patience with you,” she said.

“Being able to sit there and creating your own environment, looking at the computer and actually taking in the material is way different than just sitting in the classroom and listening to the teacher go on and on,” she added.