Our nation has learned the hard way a basic lesson about public health. To respond to a pandemic, we must have a national health policy that follows the science. It’s a lesson that educators need to master as well if schools are to recover from catastrophic learning loss, students’ social and emotional health problems, teacher shortages and burnout, school board upheavals and the positioning of public education as a culture-war wedge issue in national, state and local politics.

What would science-based guidance for schools look like? On health and safety, it should be easy to envision national science-based standards for school openings, testing, vaccinations, masking, social distance and ventilation. While the trajectory of the virus varies across communities, local adjustments can fit within the boundaries of the science.

However, the case for national guidance on classroom instruction is more problematic. How should schools remediate disastrous learning loss suffered by students? The answer would seem the same as how to govern health and safety: Follow the science, meaning the research on evidence-based instructional programs. Basic reading, math and other core knowledge shouldn’t differ in red, blue or purple states.

Alas, educators, unlike health practitioners, are deficient in their adherence to science. For starters, there isn’t nearly enough good scientific research to follow. Further, it’s hard to get educators to use solid research when it exists. Richard Elmore, a Harvard scholar in school management, depicted teachers as “solo practitioners.” In medicine, if you don’t follow evidence-based best practices, it’s called malpractice; in education, failure to follow the best evidence is often defended as professional autonomy. Think of the never-ending education wars over how to teach reading, despite long-settled scientific data.

The causes of educators’ resistance to research are tangled. Which is the chicken and which is the egg between the low quality of research and the reluctance to apply it? Educators would undoubtedly be more receptive if research were more robust and not so divorced from classroom realities.

The prime prescription, then, for what ails public schools is boosting both the science of instruction and its applications in the classroom. This means more and better education research and development. Historically, R&D in education has been a backwater compared with medicine, technology, business and other fields. Severe underfunding persists. A recent analysis in The 74, by Jenee Henry Wood and Joel Rose, pointed out that one reason No Child Left Behind didn’t live up to its promises was its failure to invest in R&D. The U. S. Department of Education is still far and away the bottom-feeder for federal R&D funding, receiving less than .02% of all such funds.

The lack of practical application of what research does exist is also notorious. Stacey Childress, CEO of New Schools Venture Fund, writes, “Advances in instructional methods and technologies have shown promise at small scale. But the education sector struggles to translate these into more widely used methods, tools and practices that support students and teachers.”

A major beneficiary would be the Institute of Education Sciences, which includes the What Works Clearinghouse and regional R&D centers. One bold proposal is an educational clone of DARPA (Defense Advanced Research Projects Agency), the fabled federal agency for military R&D. Another initiative, nearer at hand and laser-focused on classroom practice, was recently suggested by Bellwether Education Partners. It calls for creation of an Institute for Education Improvement, modeled after the national Institute for Healthcare Improvement, to “facilitate collaboration between researchers and practitioners … and ground its work in the science of improvement.”

Before the pandemic, ways to grow the ”science of improvement” were beginning to sprout across the education landscape. These give equal billing to the D in R&D: that is, the development of systems that will produce effective implementation and ongoing improvement of research-based programs.

To accelerate the application of R&D, including the science of improvement, federal funding for education should be conditioned on states and local districts following research-based best practices.

The federal COVID relief packages were golden opportunities to do this. But the money, including a staggering $123 billion from the American Relief Plan’s Elementary and Secondary School Emergency Relief Fund, came with virtually no strings. Margaret Roza, a school finance expert at Georgetown University, wrote in The 74, “anything a district would normally spend money on is fair game.” Education analyst Andrew Rotherham calls it “spray and pray.”

Academic recovery has received only about 30% of the funding. Worse, the think tank Education Reform Now found that most states fail to “describe how their planned intervention strategies are aligned with research-based best practices.” Tutoring, although widely recognized as the most effective antidote to learning loss, has received funding, according to one tracking report, in only a little over one-third of all districts.

Looking past the COVID relief funds, states and local districts can be compelled to apply R&D under the Elementary and Secondary Education Act. ESSA frequently mentions “evidence-based” programs and mandates evidence-based interventions for the lowest-performing schools.

What Will $50B in COVID School Relief Funding Buy?

For sure, strings tied to federal funding are not politically popular on the education left or right. Still, state and local districts would have ample authority to choose from a menu of research-based programs and preserve the flexibility of frontline teachers, even if state education agencies were compelled to impose evidence-based guidance on pass-through federal funds.

The COVID funding can be spent through the next few years, but, this late in the process, little academic turnaround can be expected. We can be hopeful, though, about the future if educators learn the pandemic health lessons. The right medicine for our afflicted schools is national education policy ensuring that students receive evidence-based instruction and holding states and local districts accountable. The survival of public education may depend on it. 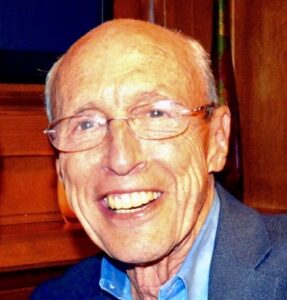