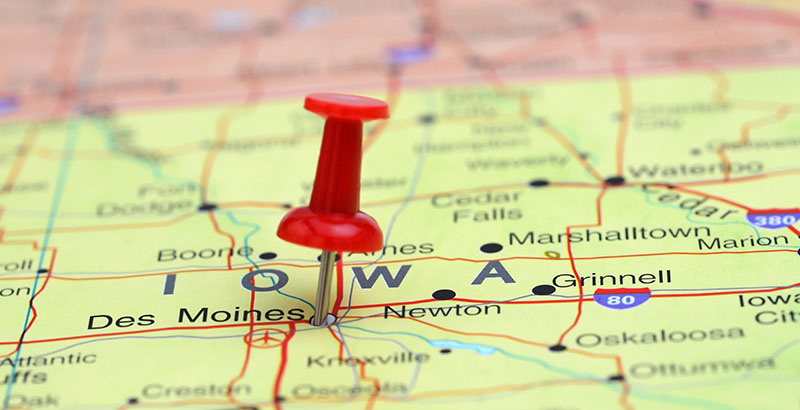 In the first federal attempt to depict the state of school reopening in America since the pandemic forced classes online nearly a year ago, NPR reports that the research arm of the Education Department, the National Center for Education Statistics, has launched a survey of over 7,000 elementary and middle schools to gather information on virtual learning, attendance rates, and other indicators.

Stemming from one of President Joe Biden’s first executive orders, the survey represents one piece of his plans to get schools open within his first 100 days in office. Many of the bolder actions Biden seeks to make hinge on the confirmation of his nominee for Education secretary, Miguel Cardona, and congressional approval of $130 billion in education funding included in a much larger COVID-19 stimulus proposal.

Roadblocks remain to meet Biden’s timeline. Infection rates are high in much of the country, even as millions of school kids are missing out on academic and emotional supports offered during in-person school. Adding to the trepidation of returning to school, teachers continue to express health fears, citing the deaths of fellow educators and a slow or unclear vaccine rollout and teachers unions in many communities have challenged school reopening plans. (The 74’s Linda Jacobson recent covered the revised guidance from the Centers for Disease Control about reopening classrooms across the country)

Here are 12 updates from across the country about how states and school systems are confronting the challenges posed by the coronavirus emergency — and working to preserve student learning amid the pandemic:

Sioux City Community Schools Superintendent Paul Gausman announced that the district will offer a permanent virtual learning option for all K-12 Iowa students starting August 2021, citing likely continued demand and parent comments that some students did better in a virtual or hybrid learning environment than in a traditional school setting. Students who enroll in the virtual school will receive a laptop and will take Common Core-aligned classes taught by certified district teachers.

Minnesota Gov. Tim Walz has proposed that qualifying high school seniors who meet agreed-upon academic benchmarks be automatically accepted into some local colleges and universities through a new admissions program called “Direct Admissions Minnesota.” The governor included $35 million in his recent state budget plan for the program, with officials and advocates saying the investment in students could help increase college access in the state and potentially remedy some of the impacts of the COVID-19 pandemic on students’ educational and economic prospects.

Seeking a stronger commitment from Miguel Cardona ahead of his Senate confirmation hearing this month on the issue, 19 national education and civil rights organizations, including the Collaborative for Student Success, the National Urban League, and the National PTA, issued a letter urging Cardona, if confirmed, to “refrain from issuing waivers to states that would allow them to bypass student assessment requirements for the 2020-21 school year” and instead “call on all states to administer summative statewide assessments.” The appeal to Cardona, who is widely expected to be confirmed, comes as additional states voice an intent to either move forward with spring testing or pursue a second year of waivers — and as new polling data in states like Colorado show strong public and parent support for using assessment data to tackle learning loss.

In Nashville, a local tutoring program is sharing how it has witnessed student and family needs change and grow during the pandemic. Learning Lab Director Ryan Mathis said his tutors have seen a huge increase in demand – as emerging data in the state suggest staggering declines in literacy and math abilities and parents fear their child could be held back or unprepared to continue with the next grade. Mathis says a new $100 million state initiative to tackle literacy concerns in Tennessee is further driving demand for tutors. “No matter where you land on your thoughts on that, it’s understanding the significance of third-grade level reading proficiency and how that impacts students on a trajectory for the rest of their academic career,” he said.

Michigan State Rep. Felicia Brabec has introduced a bill that would require schools to employ at least one counselor for every 450 enrolled public school students. Brabec stated, “As a clinical psychologist, I recognize the importance of meeting the mental health needs of students in Michigan. Students need resources available to them that can help lower the rates of depression, anxiety and suicide in our younger students and teens.” Brabec additionally noted that Michigan maintains the second lowest student-to-counselor ratio in the nation, according to data from the American School Counselor Association. The conversation in Michigan echoes those in legislatures across the nation, as state leaders continue to grapple with the impact of the COVID-19 pandemic on students’ mental, health, and academic wellbeing.

NATIONAL — Keep Schools Open All Summer, and Other Bold Ideas to Help Kids Catch Up:

Eleven months after schools across the United States, and the world, first shifted to remote learning, many students are still learning in remote or hybrid settings and available data has consistently shown significant learning loss. In fact, McKinsey & Company concluded that American students could lose an average of five to nine months of learning by the end of June. While the public largely agrees something must be done to combat the impact on learning, consensus on how best to tackle the challenge has yet to emerge. Suggestions have included expanded summer school or programs, more required school days per year, longer school days, more comprehensive tutoring services, and community-based educational and life skills programs. Financially, one estimate puts the full cost of recovery at $12,000 per student over five years along with a 20% increase in spending for large districts. Many also believe that schools will need to adjust curriculum, instruction and educational technology, as well as how they support their students in their personal lives. Notably, some of the adjustments made in response to the pandemic may be here to stay, as a recent RAND report found that one in five districts planned to create, expand, or maintain online learning capacity after the coronavirus pandemic has ended.

In a six-state effort spearheaded by the Mississippi-based Barksdale Reading Institute, Colorado will work to share state-level strategies for integrating the science of reading into teacher preparation programs to improve early literacy outcomes across the state. The initiative comes as national conversations about literacy in American continue to gain focus, and as multiple Colorado surveys depict growing parent concerns about learning during the pandemic.

A set of controversial legislative proposals in Indiana are sparking intense debate on the issue of expanding funding for private school education through the state’s limited existing voucher program. Though action on the issue is uncertain, other education investments are likely – including a $150 million grant program to support schools, universities, and other organizations assisting students who have fallen behind due to the Covid-19 pandemic.

Students who received a “course in progress” mark in lieu of “F’s” as schools abruptly shut down last school year will be able to apply for more time to earn credit for those courses, according to New York City education officials. The move could impact up to 72,000 students in the nation’s largest district – though some advocates are warning that continued pandemic disruption could mean many of those students are unlikely to be in a position to handle the added workload. To receive the extra time, students, families, or principals must file an appeal by Feb. 22.

1 in 5 high school students got incomplete grades in the spring. NYC is giving more time to complete the work.https://t.co/uf4hUsSb3Q

Margie Vandeven, Missouri’s Department of Elementary and Secondary Education (DESE) Commissioner, says she “sees light at the end of the tunnel” for the state’s students, as a majority of districts in the state have begun offering some form of in-person instruction and districts plan for spring testing to proceed this school year. Vandeven said the data from state tests will help education officials and teachers “to get a handle on” what learning gaps look like for students across the state. Vandeven said she expects to have students back in classrooms this fall.

A series of bills being considered in the Texas legislature would expand the state’s focus on mental health education in schools by requiring students to take a course in mental health in high school, requiring training on “trauma-informed school care,” and would additionally require districts to begin tracking incidences of bullying and cyberbullying. The set of bills builds on the 2017 “David’s Law” that many credit with a 23% decline in the youth suicide rate in the state. The proposals follow a similar trend of state legislatures including mental health concerns in their education priorities amid the pandemic.

The Louisiana Department of Education plans to dedicate $1 million to the “Accelerate Initiative” – a tutoring program focused on providing struggling students across the state with increased access to free tutoring sessions. The spring initiative includes 24 lessons that are meant to be conveyed during tutoring sessions. State Superintendent Cade Brumley noted, “Reading and math are fundamentally important, and it’s been a challenging year since last March. And we’re just trying to do everything we can as a state agency to help support our kids.”

I’ve said for years that daily in-school/after school tutoring works and have the results to prove it. Should be a sig. strategy for all schools!—Louisiana launches tutoring initiative to address unfinished learning, improve academic achievement https://t.co/TQF66BA91d