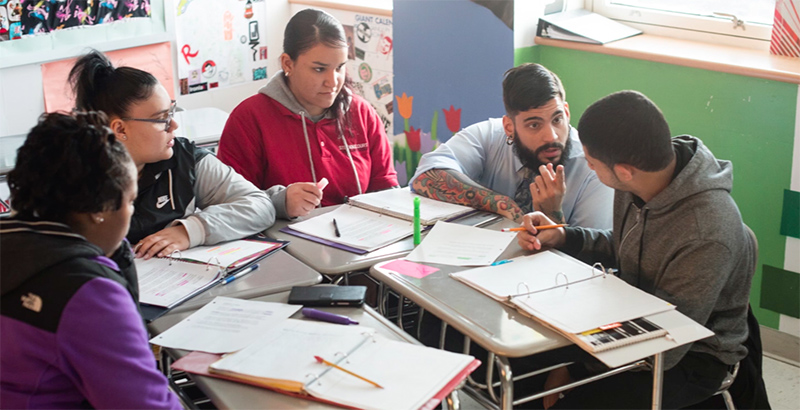 Hartford, Connecticut, one of the five New England districts participating in a new study on postsecondary outcomes, has reimagined high school to place a greater emphasis on student-staff relationships. The district hopes this strategy will help close race and class gaps in college completion. (Hartford Public Schools)

When it comes to understanding which students make it not just to, but through college, substantial past education research has identified steep differences along lines of race, gender and class.

A recently released report, however, provides an alternate narrative.

The study, which links middle and high school achievement to postsecondary outcomes in five New England school districts, finds stark racial and socioeconomic gaps in enrollment at four-year colleges. But after students matriculate, disparities in who continues on toward graduation largely disappear.

While white students in the study enrolled in four-year colleges and universities at more than twice the rate of their Latino peers and nearly a third more frequently than their Black counterparts, the racial differences in postsecondary persistence were comparatively meager. White students persisted in college through their sophomore year at a rate only 15 percent and 6 percent higher than their Latino and Black peers, respectively.

The data, which tracked about 7,000 students from 8th grade through their 2016 high school graduation, came directly from the participating school districts: Worcester and Malden, Massachusetts; Manchester, New Hampshire; Hartford, Connecticut and Portland, Maine. It was then linked to those students’ post-secondary trajectory two years after leaving high school using numbers from the National Student Clearinghouse, which tracks data from colleges and universities across the country, revealing similar patterns along lines of class, disability status, and English language proficiency.

“The real gap is in who gets to go to those schools, not in whether they can succeed once they get there,” Elina Alayeva, a co-author of the study and executive director of Springpoint, a strategic advising organization for schools, explained to The 74.

“It is likely that there are students who are not getting access to a four-year institution who could be successful there,” added Ali Huberlie, another co-author from the consulting organization EY-Parthenon. 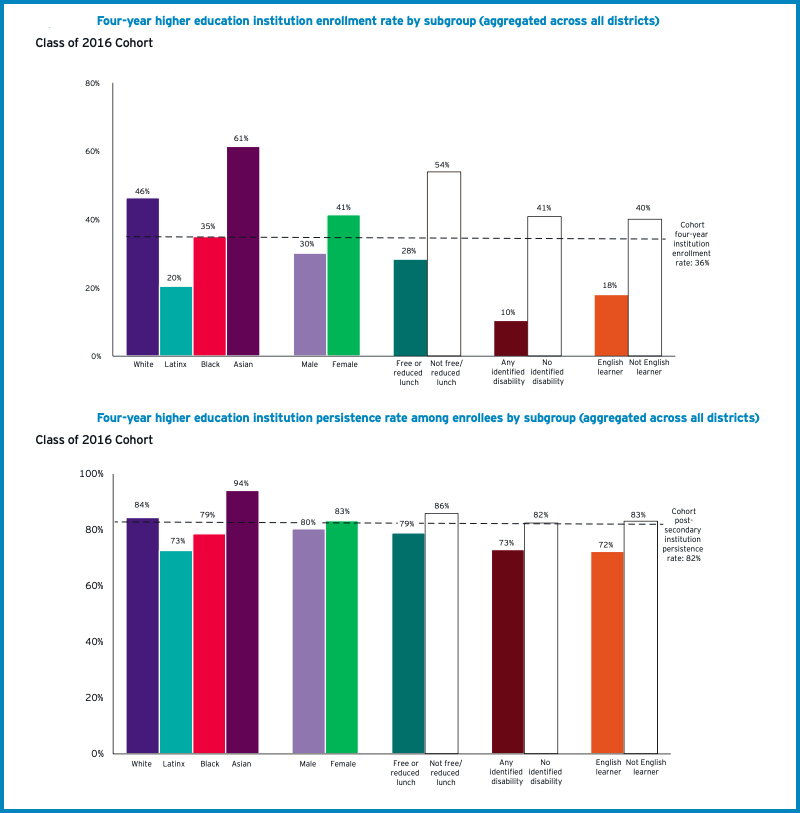 Above, steep disparities in rates of four-year postsecondary enrollment along lines of race, gender, class, and more. Below, for persistence at those schools after the two-year marker, gaps narrowed considerably. (EY-Parthenon & Springpoint)

The results may come as something of a surprise in the context of previous research from the Pell Institute finding that just 11 percent of students from the lowest-income quartile earn bachelor’s degrees in six years as opposed to 58 percent of peers from the highest income group. Among the population writ large, only 14 percent of Black adults and 11 percent of Latino adults hold degrees from four-year colleges, compared with nearly a quarter of white adults.

It’s not clear why persistence rates for low-income, Black and Latino students aligned more closely with those of white and more well-off students in this New England study. One difference, however, is that students were tracked only two years beyond high school, rather than through college graduation.

Postsecondary persistence did vary significantly depending on whether students enrolled in two-year or four-year colleges. Across the five districts, students who went on to four-year institutions were on track to graduate twice as frequently as those who selected two-year schools, mirroring national trends.

The data underscore that high schools should “guide students toward a four-year institution if such an experience is available for them, as these appear to be the schools that are providing the strong supports predictive of success,” the authors wrote in the report.

But keeping students on a pathway toward college can be a complex task. And as the study emphasizes, that job starts early.

Once eighth-graders who had even just one warning indicator got to high school, they were over five times less likely to be on track for success at a four-year college than their peers who had exhibited none.

Too often, students who struggled in middle school are “doomed” to miss out on attending a four-year college, said Alayeva. “That has lifelong implications on your ability to earn a living wage and to engage in citizenship.”

Students who had even just one early warning indicator in eighth grade were over five times less likely in high school to be on track for success at a four-year college than their peers who had exhibited none. “EWI” = early warning indicator, “PSS” = postsecondary success. Right column represents students who transferred into district for high school. (EY-Parthenon & Springpoint)

In the face of such stark numbers, the report’s authors urge districts to do a better job of identifying at-risk students earlier and helping them catch up. Even in middle school, the data on attendance, behavior, course failure, and standardized test scores are fully available to school administration, and can be shared with teachers, too.

“Those are metrics that any district can be tracking,” said Huberlie. “There’s lots and lots of points to potentially intervene.”

In Hartford, Connecticut, one of the districts participating in the study, many families weren’t aware that their children were off-track — and had no idea what that could mean down the road.

“They just didn’t know some of the information that they would need to reinforce the importance of staying on track, of having these postsecondary plans earlier on,” Hartford Superintendent Leslie Torres-Rodriguez told The 74.

Due in part to that information disconnect, the data showed that access to college and university enrollment for students from Hartford differed substantially by race, class, and English language proficiency — as was the case for other districts in the study and for many districts nationwide.

“Those disparities were so glaring,” said the superintendent.

‘A shift in adult mindsets’

Now, the 21,000-student district places an emphasis on support mechanisms and intervention strategies to help students get back on track when they start to slip.

That effort has included a new month-long Summer Bridge Program, launched the year before COVID struck, to help incoming ninth-graders prepare for high school. And because getting students excited about academics during the summer can be a tough sell, the district provided an extra incentive: cash. Students receive $100 per week to study in a high school setting, travel for field trips and practice key life skills.

“It became this opportunity for students to learn and earn at the same time,” Torres-Rodriguez said. 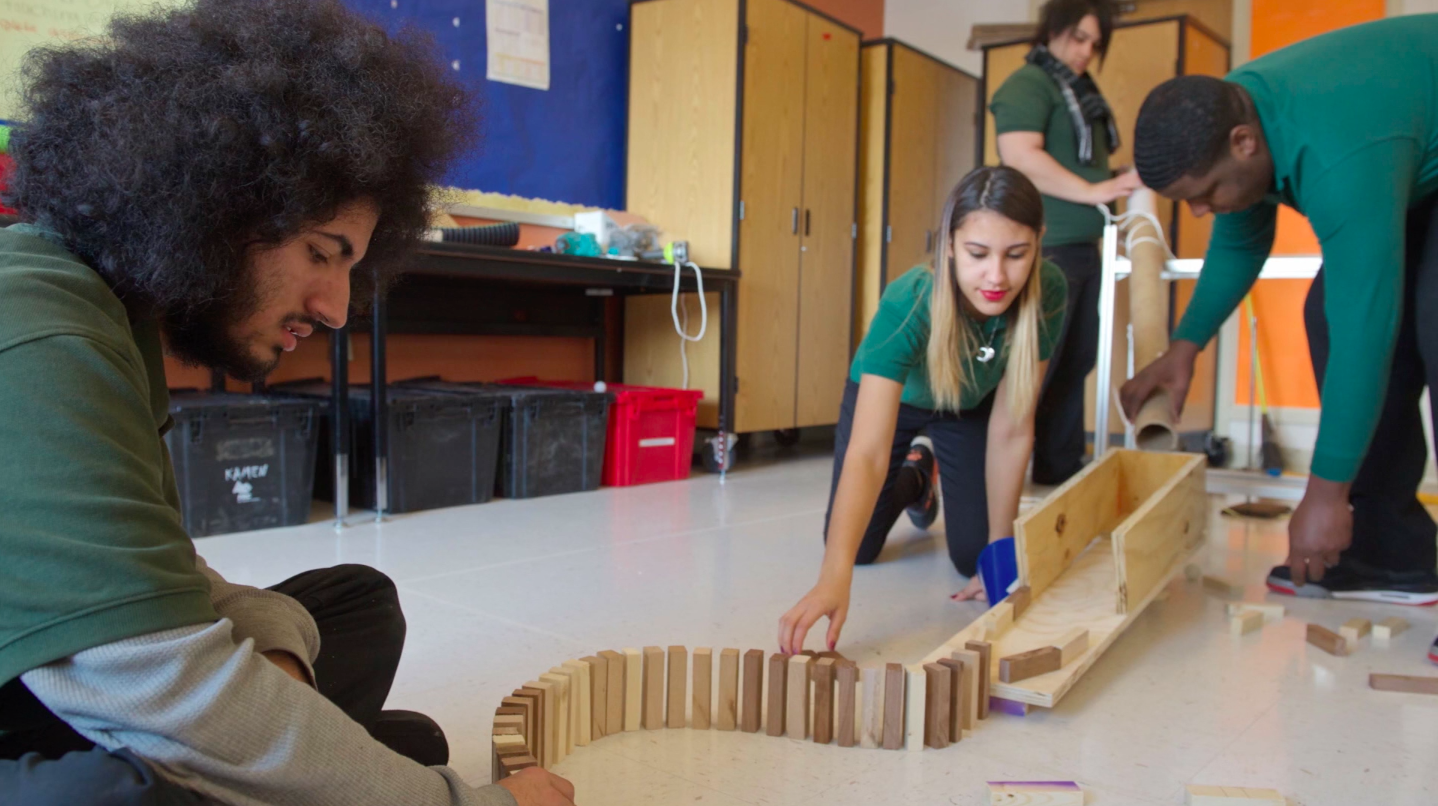 Incoming ninth graders in Hartford’s Summer Bridge Program have the opportunity to “earn and learn at the same time.” (Hartford Public Schools)

But layered into the program was a secret ingredient that the district has expanded not just over the summer, but within the boundaries of the school year, too: relationship building.

Inspired by Manchester, New Hampshire, another district in the study, Hartford redesigned its high school experience so that students would have built-in opportunities to develop bonds with faculty mentors. Ninth-graders now participate in a freshman seminar that pairs them with a go-to teacher for their first year. Then as sophomores, students link with another staff member aligned to their career interests who follows them through the rest of high school.

“Not only are students developing a strong, personal relationship with that teacher, but also that person will hopefully help to leverage their own networks to support [students] in their career or postsecondary pursuits,” explained Justin Taylor, former teacher of the year in Hartford, who now works for the district as director of educational initiatives and innovation.

Though changes like those Hartford has made can make a big difference for young people, according to the authors of the study, prioritizing staff-student relationships doesn’t have to break district budgets.

“It just takes a shift in adult mindsets,” said Springpoint’s Alayeva. “That is the part that is most difficult. It’s not the money.” 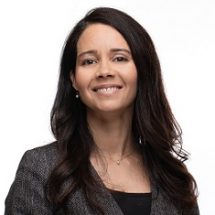 Still, cash doesn’t hurt. And with federal relief dollars coming to Hartford, the superintendent has a laundry list of upgrades she hopes to make: high-dosage tutoring, flexible schedules for students who have to support their families with jobs, reductions in class size for ninth-graders and more.

It’s “an opportunity to invest in some sustainability efforts,” said Torres-Rodriguez, setting her sights on long-term changes.

And as the Connecticut district ramps up its effort to nurture relationships, the schools chief understands full well what is at stake.

“If our students do not have a long-lasting sustainable connection to an adult,” said Torres-Rodriguez, “[it] will result in us perpetuating the barriers and inequities.”