Desperate for Bilingual Teachers? New Paper Says You Should Start With Your Classroom Aides 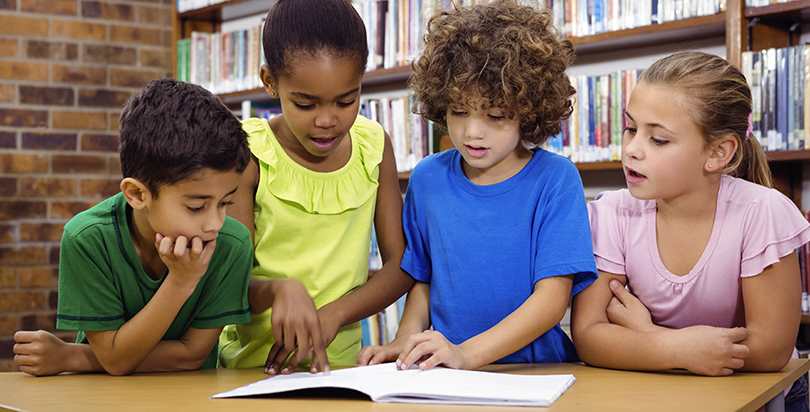 I have all sorts of principles for guiding my thinking about education. But my grand, unifying theory, the thing that determines how all the other stuff hangs together, basically rests on two claims: 1) there are enormous systemic inequities built into American public education, and 2) the decentralization of U.S. political institutions makes rapid policy-driven changes to these inequities difficult to come by.
One of the corollaries of this general dynamic is that the country’s education leaders also struggle to respond rapidly to changes in their schools.
This is particularly clear when it comes to multilingual students. These dual language learners (DLLs) are amongst the fastest-growing demographic groups in U.S. schools, but schools—and policymakers—have generally been slow to react.
It’s easy to see this as a failure, and push for reforms that might help. We know, for instance, that these DLLs do better when schools support the development of their native languages while teaching them English. Research shows that various forms of multilingual education work better than English-immersion for these kids. Stands to reason that we should update “English-only” laws to provide more multilingual instruction, right?
Well, yes. But as my co-authors and I argue in a just-published paper, Multilingual Paraprofessionals: An Untapped Resource for Supporting American Pluralism,
(It) is no simple matter to switch large numbers of classrooms from monolingual (“English-only”) to multilingual instruction (sometimes called “English Plus”). It is essentially impossible to expand access to multilingual instruction without training and hiring more multilingual teachers. As noted above, just one in eight Pre-K–12 teachers speaks a non-English language at home. Over half of states (and half of major urban districts) report shortages of bilingual or English as a Second Language teachers. The overwhelmingly monolingual language profile of the teaching force means that American schools are similarly English-dominant. In short, the U.S. needs more multilingual adults to decide to become teachers.
This isn’t a complicated principle. Laws without means to implement them are just outlines of wishes, dreams, and priorities. Say we wanted each U.S. high school to launch no fewer than two satellites into geosynchronous orbit each year. We’d write that into the law, but we’d also send some rocket fuel, aluminum, and some microchips (at least). Otherwise, we’d just end up with a bunch of glorified bottle rockets spluttering around on thousands of plywood launchpads.
Say we wanted every elementary school to teach students to ride a bicycle by second grade. We’d buy some bikes (as the D.C. Public Schools did). Otherwise, we might as well just mandate jogging around the school parking lot. Or games of Duck-Duck-Goose.
It’s no different with bilingual education. While it’s a good thing to change laws to allow more languages into U.S. classrooms, that’s just a start. We also need to recruit, prepare, and retain more multilingual teachers. These teachers are a scarce resource. While more than 1-in-5 U.S. students speaks a non-English language at home, fewer than 1-in-10 U.S. teachers say the same.
If only we had a pool of multilingual adults with instructional experience and the language skills necessary to support DLLs’ native language development! If only…
And hey, it just so happens that we might! Around 1-in-5 U.S. paraprofessionals — the classroom assistants or teacher’s aides who give students specialized instruction or support — speak a non-English language at home. Our paper surveys research showing that many of these educators have most—or all—of the credentials that they need to become full-time U.S. teachers.
Many have appropriate credentials, strong literacy and speaking skills in their native tongues, confident English abilities, unique cultural connections to DLLs’ families, and—most importantly—considerable experience as classroom instructors.
Unfortunately, some of these paraprofessionals can’t make it to the front of their schools’ classrooms as lead teachers because they lack a handful of required higher education courses that they can’t access or afford. Others have the requisite degrees, but can’t get licensed because their educational experience is predominantly developed in their native languages, and they struggle to demonstrate their expertise on their state’s teacher licensure exams. Others have trouble navigating complicated bureaucratic requirements that impose undue time or resource barriers on them.
So look, remember what I said at the outset: folks all over the education debate overestimate the power—and importance—of policy wins. Because of local control, states’ rights, and various other aspects of U.S. federalism, most policy changes don’t actually matter for most American classrooms.
It’s difficult to pass big and effective education legislation here, but it’s even tougher to follow up a hard-won policy victory with a coordinated strategy for ensuring that a law’s new goals actually translate into changes at the classroom and school levels.
My team is going to continue looking into this. Our paper is the first in a series of publications on multilingual teacher pathways that New America will be releasing over the next several years. And data on multilingual paraprofessionals suggest that the country absolutely can meet this challenge—and thereby improve DLLs’ educational opportunities—but it’s going to take serious, intentional efforts to help these educators become fully licensed teachers.
The number of dual language learners in U.S. schools will continue growing for many years yet — the best way to help these future workers, homebuyers, taxpayers, veterans, and citizens succeed is to support their development in English and their native languages. But as policymakers, educators, and voters weigh the merits of policies that would expand access to multilingual instruction, they should also be thinking about how we can find and develop the teachers we’ll need to make those policies meaningful for kids.
It turns out that they might not have to look any further than the paraprofessionals waiting in the “wings” of their own classrooms.
Submit a Letter to the Editor
June 1, 2016