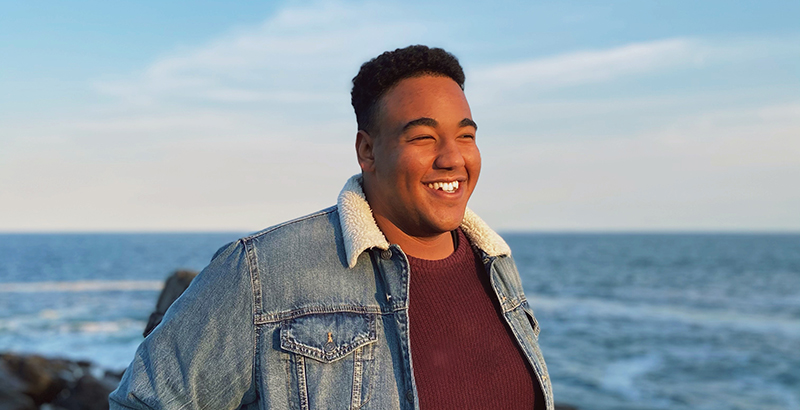 This piece is part of “Dear Adult Leaders: #ListenToYouth,” a four-week series produced in collaboration with America’s Promise Alliance to elevate student voices in the national conversation as schools and districts navigate how to educate our country’s youth in a global pandemic. In this series, students write open letters to adult leaders and policymakers about their experiences and how, from their perspectives, the American education system should adapt. Read all the pieces in this series as they are published here. Read our other coverage of issues affecting young people here. This week’s letters focus on the issue of race and racism in schools.

At the end of high school, with years of school leadership roles under my belt, I thought I knew what it meant to advise adults on the concerns of young people. But it wasn’t until I got even more involved with youth leadership over the last three years that I realized how much more meaningful “youth voice” can be — and must be — in the conversations that influence programs and policies that directly affect those young people.

Never was this more apparent to me than in March 2020 when I, like so many students across the country, was forced to leave my campus community and transition to remote learning. The chaos of moving to remote instruction was felt at every level of education from Pre-K to Ph.D. programs. New policies were being established left and right as knee-jerk reactions to the constantly evolving nature of the coronavirus pandemic. While many of these policies were likely well-intentioned, almost all were made by adults without the input of young people. In many cases, this omission of young people’s perspectives has resulted in remote and other approaches to instruction that are failing to meet the needs of all students. If we are to continue with remote instruction, it is imperative, now more than ever, that educators and administrators solicit the input of the young people they serve.

In August, America’s Promise Alliance, a coalition of hundreds of national nonprofits, businesses, civic leaders, and educators concerned with improving the lives of young people in this country, and The 74 co-hosted a youth town hall about the return to school in the age of COVID-19. I was shocked to learn that the majority of the students present said their schools had not considered their opinions on the matter.

When I joined America’s Promise’s Board of Trustees two years ago, I thought I had a good idea of what the role would look like: The adults in the room would guide the conversation, and the other youth leaders and I would give them a thumbs-up once a quarter. It wouldn’t be that deeply involved, but it would be a nice thing to add to my resume and would provide me with a handful of good networking opportunities. I’ve never been so happy to be proven wrong.

In my first meeting, CEOs and nonprofit leaders literally made space for me to have a seat at the table. They said, “You’re part of our team now, in every way.” I had a voice, a vote, and value.

My experience over the past two years has been powerful. Never before have I felt like my input as a young person was taken so seriously. Whether it was contributing to the completely youth-led State of Young People Summit in 2019 or contributing to decision-making regarding the allocation of mini-grants to youth leaders in response to the COVID-19 pandemic, young people are in the driver’s seat.

This is how it should be, universally, across America.

To ensure that young people’s perspectives are considered in conversations about how schools can handle this unprecedented year, America’s Promise and The 74 have teamed up to publish a series of letters from young people to decision-makers in their communities. Over the next four weeks, high school students from across the country will be writing open letters addressing the issues that matter most to them. These letters will cover a number of topics ranging from supporting students’ and teachers’ mental health to addressing race and racism in schools to providing meaningful learning opportunities in a blended learning environment.

Read this week’s series of letters on how students think race should be addressed in schools:

The aforementioned topics arose in the youth town hall as priority issues for young people. Above all else, though, one call to action was abundantly clear: young people want decision-makers to take their ideas and experiences into consideration. Not only because it’s the right thing to do — it’s also the smart thing to do. Here are some messages I took away from the town hall, which serve as the foundational principles of this letter-writing campaign:

Young people are the experts of their own experiences. I graduated high school in 2017, yet I don’t think I could adequately describe what it’s like to be a high school student today. That’s how quickly the experience of being a young person changes. School and community leaders should not assume that they understand what the youth of today need.

Young people offer valuable perspectives. A business would never make a major decision about a service or product without gauging the opinions of the consumers of that product. In fact, they spend months conducting research and holding focus groups to make sure they’re making the most informed decision possible. Why shouldn’t schools and youth-serving organizations do the same? Listen to young people, and they’ll tell you what they need.

So where do we go from here? The answer is quite simple: listen to and support young people. We invite you to follow along with this four-week campaign, in which young people will call for specific actions by leaders in their and other communities. Keep track of new letters as they are published by subscribing to The 74’s newsletter and by following The74Million.org/ListenToYouth and @AmericasPromise.

My experience of having my voice heard should be the rule rather than an exception. We are entering a crucial period for our country, and it is essential that young people not be left behind. When it comes to the experiences of young people, nothing for us should be designed without us.

Gabe Abdellatif is a senior at Pomona College and a former member of the America’s Promise Alliance Board of Trustees.

Gabe Abdellatif is a senior at Pomona College and a former member of the America’s Promise Alliance Board of Trustees.