DeAngelis: ‘School Choice for America’s Children’ Is a Great Thing. Federal School Choice, as Ted Cruz Proposed, Is Not. Here’s Why 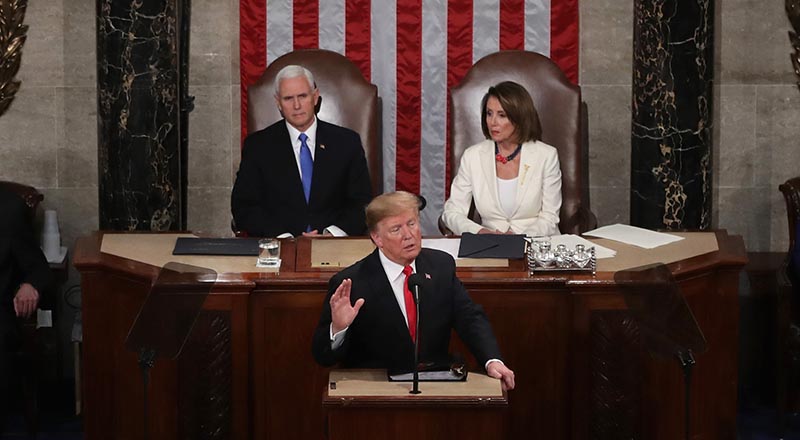 In his State of the Union address Tuesday night, President Trump mentioned that “the time has come to pass school choice for America’s children.” But it’s not entirely clear what he meant by that statement. He might have been simply using his bully pulpit to advocate for school choice in general — which would be great. But he could have also been referring to Texas Sen. Ted Cruz’s plan to launch a federal school choice program — federal tax-credit scholarships to be used for private school tuition and fees — which would be a yuge mistake. Here’s why.

Federal school choice for families is like candy to children who are sheltered from sweets. They have been deprived of educational freedom for far too long. But school choice advocates must take a step back and think about what’s at risk — and whether the costs outweigh the benefits — before getting too excited.

First and foremost, families cannot vote with their feet away from a federal program. This is because private schools in all 50 states and the District of Columbia would be subject to the same regulations attached to the money coming from the federal school choice program. If you don’t like the school choice options in, say, California, you can move to Arizona. But that’s not the case with something like the U.S. Postal Service. And, of course, not all private school choice programs are created equal. The first random-assignment study in the world to find negative effects of a voucher program was in Louisiana, and the negative effects were large. Children who won the lottery to attend a private school in Louisiana scored 27 percentile points lower in math and 17 percentile points lower in reading than their peers in public schools after one year.

What happened in Louisiana? Education scholars can use empirical evidence to try to answer this question, because states are laboratories of democracy.

Blink and You Missed It: Besides a One-Sentence Call to ‘Pass School Choice,’ K-12 Education Is Notably Absent From President Trump’s State of the Union

As I have argued, burdensome regulations in Louisiana might be to blame. Private schools that participate in the Louisiana program must accept students on a random basis, are required to administer the state standardized test, must maintain a “quality” curriculum, and must accept the voucher amount as full payment. Perhaps because of the heavy regulatory burden, only about a third of the private schools in Louisiana chose to participate in the program in their first year, whereas over double that proportion tend to participate in less-regulated programs in other states.

But low private school participation rates are only half the problem. Studies have also found that the Louisiana program was more likely to draw lower-quality private schools, perhaps because they are the most desperate for cash. That means lower-quality options for families using vouchers.

Families in Louisiana at least have the option to move to states like Florida if they would like to gain access to better school choice programs. But, unfortunately, moving doesn’t allow families to escape federal programs. After all, private schools in Florida that elect to participate in the federal school choice program would be subject to the same regulations as the participating private schools in Louisiana.

Of course, the federal program proposed by Cruz wouldn’t be the worst possible scenario. He plans to introduce a federal tax-credit scholarship program, which is one of the best ways to get a school choice program without too many burdensome regulations. Privately funded tax-credit scholarship programs are less likely to be regulated than publicly funded voucher programs.

But privately funded school choice programs can still face significant government regulation. For example, private schools in Florida that accept funding from its privately funded tax-credit scholarship program must be approved by the state, must receive a “satisfactory” inspection by the Florida Department of Education, are required to administer standardized tests, and must have teachers that are qualified based on having a bachelor’s degree, three years of teaching experience, or “special expertise.”

And even if Cruz’s proposed program initially came with light regulations, that doesn’t mean things would stay that way. A lightly regulated federal school choice program under Trump today could easily turn into a heavily regulated program under someone like Bernie Sanders tomorrow.

I’m not too concerned, however, because we have a split Congress. If Cruz introduces a federal school choice bill, it will be likely stopped in the House — if not in the Senate.