David Osborne: Vouchers for All Are Not a Good Idea. That’s Reality, Not Politics 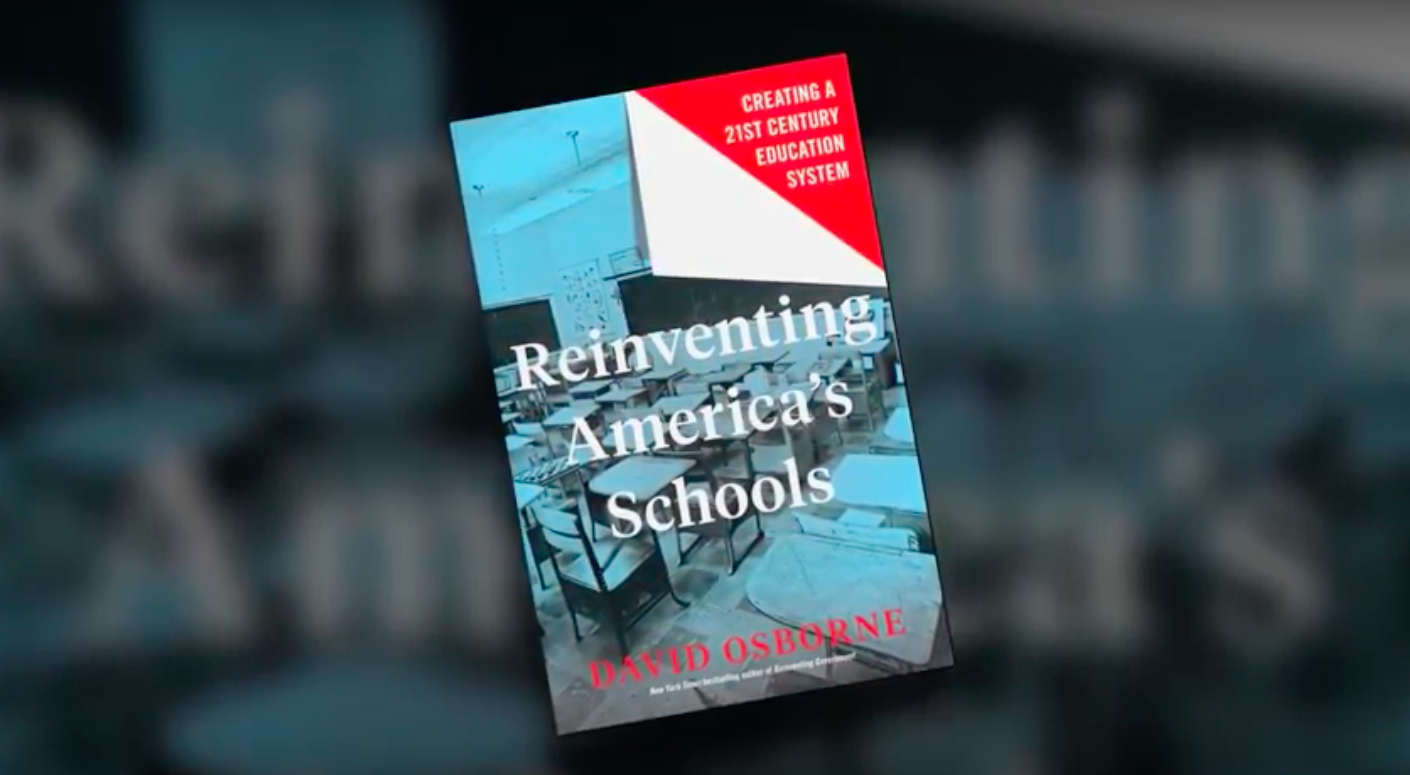 The 74 recently published a column by Robert Enlow titled “Osborne Must Get Past His Politics.” It criticized my new book, Reinventing America’s Schools: Creating a 21st Century Education System, for arguing against universal voucher systems. That’s fine with me; Enlow has his opinion, and I have mine. But what is not fine with me is that he ignored my argument, instead pretending that I opposed universal vouchers for political reasons.

“His motivation seems to be purely political, not based in reason,” he wrote. “Osborne derides private school vouchers because he doesn’t agree with the current presidential administration.”

This is nonsense. And it had to be deliberate, given that I articulated my argument against vouchers on page 4 of the book. With even a cursory review, it would have been hard to miss.

I’ll let my argument speak for itself; you be the judge of whether it’s based on reason or politics. Here’s what I wrote about vouchers:

“Our Republican leaders, from President Trump down through Congress and state legislatures, have turned to vouchers as the answer. If public schools are failing, they reason, let’s free families to choose private schools. In some states legislation has already passed giving half the population or more access to vouchers (or Education Savings Accounts, as they are sometimes called). For poor, inner-city children, vouchers are fine; they enhance equal opportunity. But once half the state has access to them, it won’t be long before everyone else demands them. And that way lies danger.

“First, vouchers offer no guarantee of academic success, because most private schools are not accountable to any public body and cannot be shut down if the students aren’t learning. Experience teaches that some parents will stick with a school if it is safe and nurturing, even if test scores are abysmal, so we cannot rely on parents to abandon all failing schools. Louisiana and Indiana have made private schools that accept vouchers subject to standardized tests and public accountability, but politically, that is unlikely to fly when almost everyone is eligible for a voucher.

“Second, universal vouchers will create distinctly unequal opportunity. Those who can afford it will add their own money to the voucher and buy more expensive educations for their kids, and the education market will stratify by income, like every other market. Wealthy families will pay for expensive schools, because they love their kids. Middle class families will pay for moderately expensive schools, for the same reason. And poor and working-class families will settle for what the voucher will buy. We could prohibit those who use vouchers from adding money to them, but again, that would never fly in America.

“Under a universal voucher system, what little mixing of income levels we have today would vanish, and with it any hope of equal opportunity. Children would also lose the chance to rub elbows with those from different social classes, races, and ethnic groups. That experience creates a more tolerant society, willing to embrace diversity — a huge asset in a racially and culturally diverse nation. Its absence creates the opposite.”

Based on experience in New Orleans, Denver, and Washington, D.C., I argue, we can double the effectiveness of our urban public schools by treating them all like charters — regardless of what we call them. I call this a “21st century education system.” I conclude with the following:

“If we fail to create effective public school systems, voucher bills will pass in state after state, and public systems will gradually give way to private schools. Twenty-first century systems offer a third way, neither public bureaucracy nor private market. They give us the healthy dynamics of decentralization, choice, and competition, but within a framework of equal opportunity and accountability for performance.

“This is the future we must create, if we truly want to reinvent America’s schools.”