At BES, we tell our school founders to expect that their path to authorizing a public charter school will be challenging and rigorous, but it shouldn’t be impossible because of politics. Yet for one San Antonio, Texas, school leader, that is exactly the case.

An erroneous outcry around critical race theory created more red tape for Akeem Brown, complicating the opening of Essence Preparatory, a school designed to celebrate the Black and brown communities who partnered with Brown to co-create it.

BES identifies and prepares excellent leaders to transform education in their communities. Brown is a 2020 BES Fellow, and we are proud to have walked alongside him in his remarkable journey to found Essence Prep, set to open in August 2022 serving students in kindergarten through second grade.

Building and leading a locally responsive public charter school is the ultimate exercise in community organizing and engagement for school leaders. BES understands how to do this, and we believe Brown did it very successfully in designing Essence Prep.

While Essence Prep will deliver a high-quality education to any and all students, Brown intentionally co-created a public charter school with a predominantly Black and Latino community; a community who expressed a desire for a public educational option designed to meet the unique needs they face every day in San Antonio’s Eastside and beyond. The charter application he submitted in 2021 promised high academic standards, culturally responsive teaching, social-emotional learning and a focus on learning about public policy.

At first, the Texas Education Agency enthusiastically recommended the school be granted a charter with an 11-3 vote. Days later, TEA leadership received feedback from an elected official citing unfounded concerns that Essence Prep was promoting critical race theory. Though this criticism inaccurately lumped together the school’s diversity, equity and inclusion practices with critical race theory, it effectively influenced TEA to request that Brown and his team remove anti-racist language from their website and from the charter application, unnecessarily lengthening the authorization process. Not only did this delay cost Essence Prep energy, time and money, it forced them to rewrite parts of the application that were important to the founding of the school — a process they had worked on together with the community.

To be clear, Essence Prep never promised to teach critical race theory; critical race theory was not mentioned in any part of the application, its curriculum, or its website. What Essence Prep promises is an inclusive learning environment that celebrates students’ cultures; ensures a psychologically safe environment for students of all backgrounds, needs and abilities; and teaches students to examine and interrupt the inequality they see in their own lives. Preventing anti-racism is inherently racist, and it is wrong.

Under the new Texas law, a “teacher may not be compelled to discuss a widely debated and currently controversial issue of public policy or social affairs.” Charter schools are public schools, held to the same accountability standards as any district-operated school and the curriculum taught in public charters must uphold state law. Unfounded claims about Essence Prep’s charter application created more work for a team made up entirely of people of color, forcing them to compromise on authentically representing the voices of the community, one of the hallmarks of their school model that parents stated they couldn’t find in other schools. Using these laws to limit opportunity for people of color is rooted in white supremacy. It is racist, and it is wrong.

In Texas, All New Charter Schools Must Promise Not to Teach Critical Race Theory

Essence Prep was pressured to abandon its equity vision statement, which called for its school community to focus on “educational reform to achieve social, cultural, environmental, economic, and racial justice.“ All references to “Black and brown students,” and all references to anti-racism were dropped from their website and marketing materials. We at BES believe this pressure was driven by the fear that children might be taught to critically examine the world around them and create pathways to help all people overcome oppression. Those who fought against Essence Prep’s anti-racist design argued that such an educational experience would be uncomfortable for the school’s white students. This claim is baseless, and it is wrong.

Families have a right to high-quality educational options that are intentionally designed to celebrate their communities and cultures and meet the unique needs of their students. Brown and his team spoke with nearly 500 families when designing Essence Prep; families who want their students to be able to interrupt the injustice they experience, develop knowledge of themselves and be agents of change in their communities and beyond. Essence Prep has promised to do this and more.

Just as privileged, often white, communities have the opportunity to create and choose school options that meet the needs of their children, communities of color have the right to help design public school options that are aimed at creating safe, inclusive and anti-racist spaces for all students. Essence Prep will be that school when it opens its doors in a few months.

Aasimah Navlakhi began her career as a speech and performance teacher in her hometown of Bangalore, India, and now serves as the chief executive officer of BES (formerly Building Excellent Schools), a national nonprofit that identifies and prepares excellent leaders to transform education in their communities. 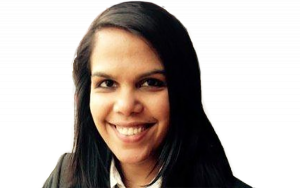