Boston, Mass.
As part of my fellowship to write about top charter schools, I try to visit some “little guys,” school startups that range from a single school to a handful. Always, I look for their secret sauce.
Surprisingly, I often come up with the same answer.
Take Shantelle Wright for example. She runs Achievement Prep Network in Washington D.C.’s toughest neighborhood. Her students achieve at rates never thought possible for 8th Ward kids.
When I asked Wright how she could launch a school that was successful from day one, she started talking about a Boston-based fellowship, Building Excellent Schools (BES) that walked her through every step. I had never heard of them.
While in Denver one snowy day I ventured out to visit University Prep, a single school that’s new on the block – and successful from day one. Founder David Singer wasn’t around that day, but when I tracked him down and asked for his history, Singer told me he’s a former BES Fellow.
Not long after I visited Ravi Gupta in Nashville. I wanted to see his tech-oriented schools in that city’s poorest neighborhoods. Gupta’s Re-Public schools have become famous for teaching coding skills to every child.
As Gupta drove me around Nashville to visit his schools I asked for his history. Again, Building Excellent Schools.
Who are these guys?

That’s how I ended up recently in Boston, where visiting these guys turned out to be more “these women,” led by Linda Brown, an undeniable force in the movement to create high-performing charter schools. 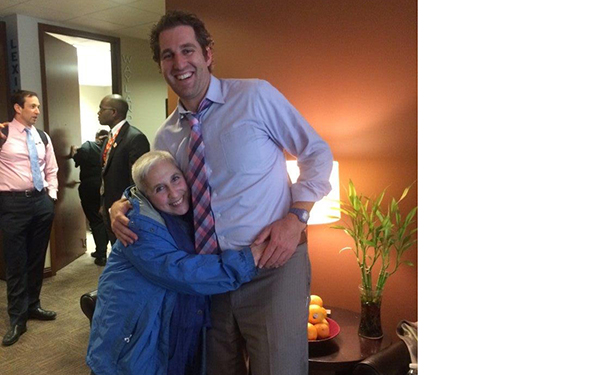 Working out of offices in Boston’s financial district, BES seeks to train roughly a dozen fellows a year, all aspiring charter school leaders. The fellows observe some of the best charters in the country, which helps them design their own schools. They also get help writing their first charter proposal and further help in finding funding.

Among the 79 schools launched by BES, six have been shuttered – flat-out failures.  In Washington, D.C., for example, the BES-launched Septima Clark Public Charter School for Boys got shut down as a low-performer and folded into Wright’s co-ed Achievement Prep. 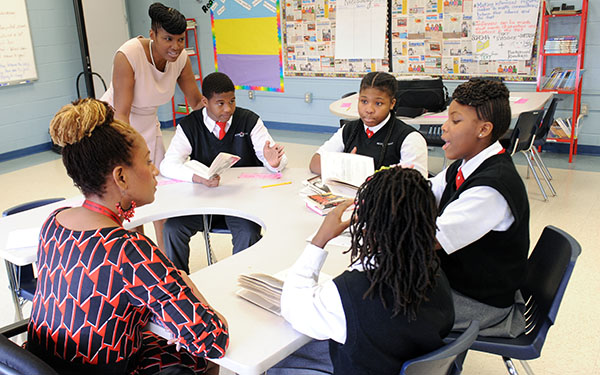 Shantelle Wright works with students in a reading intervention class at Achievement Prep Network, Washington, D.C. (Photo courtesy Achievement Prep Network, Washington, D.C.)
What happened? Sue Walsh, a senior director at BES, said Septima Clark was a well-designed school but there are certain qualities that are hard to predict in a potential school leader. Are they capable of hiring the right team? Can they execute on the details?
But then there are the successes. My definition of a high-performing charter is one where over time, for every year spent in that school, a child receives a year-and-a-half of instruction. Among the 79 BES schools, Brown estimates that about 50 meet that mark.
That record may not sound impressive, but consider what that statistic would look like in districts such as St. Louis, Detroit, Baltimore, New York or L.A. Unfortunately, schools serving high poverty students in those cities rarely reach that bar.
Which raises an interesting question: If most urban districts can’t create schools this successful, and charters are the best hope, why aren’t there more charter-launch organizations like BES?
Emerson Collective Fellow Richard Whitmire is the author of several education books