Support The 74 and stories like this one. Donate Today!
Opinion
National School Choice Week

When Oklahoma House Speaker Charles McCall announced last year that he was putting a school choice bill on ice, he suggested choice wouldn’t help rural students and referenced his hometown. “The obvious question for a person that lives in Atoka, Oklahoma — population 3,000, 12,000 in the county — [is] what does a kid with a voucher do?” McCall said. “What do they do with that?”

Eastpoint is a commercial fishing village an hour and 40 minutes from Tallahassee on Florida’s “Forgotten Coast.” It has 2,614 people. It’s in a county with 12,451 people. And it now has a distinctive little private school called EDCorps High School. Most of the students there are from working-class families, and nearly all use state-funded choice scholarships.

Private schools like this one have emerged all over rural Florida, many of them in towns as small as Atoka. This is the reality of education choice in rural areas, from a state where it is not an abstraction.

For years, choice opponents in states like Oklahoma, Texas and Iowa — places with a lot of rural heartland but not a lot of private school options — have perpetuated the idea that school choice can’t work in rural areas.

But is that really true?

To find out, my colleague Dava Hankerson and I took a closer look at our own backyard.

Florida has some of the oldest and farthest-reaching private school choice programs in America. Between Miami and Disney, it has vast patchworks of open land, dotted with cattle ranches, orange groves and proud little towns. We focused on the 30 counties the state designates as rural. And we boiled down our findings in a new report, “Rerouting the Myths of Rural Education Choice.” (We also put together a five-minute video about a stellar example of rural choice, Alane Academy in Wauchula, population 5,001.)

First, growing numbers of rural families are benefiting from choice. The number of students using school choice scholarships and education savings accounts topped 8,500 last year, more than triple the participation a decade ago.

But second — and this can’t be highlighted enough — that expansion barely made a dent in the enrollment of rural school districts. This is critical, because many school choice opponents claim that school choice will “kill” rural public schools.

That’s not what’s happening in Florida.

Over the past 10 years, as Florida expanded private school choice more than any state in America, the percentage of rural students in Florida enrolled in private schools climbed 2.4 percentage points, to 6.9%. That’s it, even though more than 70% of Florida families are eligible for choice scholarships.

Rural families in Florida are getting the best of both worlds. The overwhelming majority still choose traditional public schools, which in many cases have ably helped anchor rural communities. (Sixteen of the 30 rural districts earned A or B grades from the state this year; the rest earned C’s.) At the same time, families who need something different are able to access it.

Even in rural areas, supply is growing to meet demand. In the past two decades, the number of private schools in Florida’s rural counties has grown from 69 to 120. These are home-grown schools, in many cases started by former public school teachers with deep roots in their communities.

The 74's ongoing news, commentary and analysis that captures the state of school choice in America.

In Eastpoint, ED Corps High School emphasizes life skills, job skills and industry certifications. The students spend a third of their time outdoors, often working on conservation projects that align with the fishing, forestry and ecotourism industries that are the cornerstone of the local economy.

The school’s director was a public school teacher for 36 years; for seven years, she headed the local teachers union. But now she’s all in for choice, having seen how options can change lives.

Bristol is a town of 996 people on the edge of a national forest, in Liberty County, Florida’s most rural. Five years ago, a family of educators with a combined 200 years’ experience working in local public schools started the Gold Star Private Academy. The family didn’t want to tear down the school district; in fact, three of its members were former superintendents. They just wanted to offer a quality option to families who were desperate for a school that was the right fit for their kids.

That’s what they did. All 20 students at Gold Star use state-funded scholarships, and the school has been so popular, it recently moved into a renovated funeral home with three times the space.

Next spring promises to be another key year for school choice legislation across America, and there is no doubt myths about school choice in rural areas will resurface. When they do, I hope lawmakers will see that choice can be a plus for rural America. In rural Florida, it already is.

Ron Matus is director of policy and public affairs at Step Up For Students, a nonprofit that administers Florida’s choice scholarship programs. 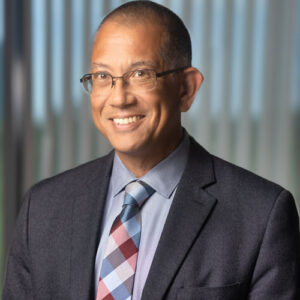