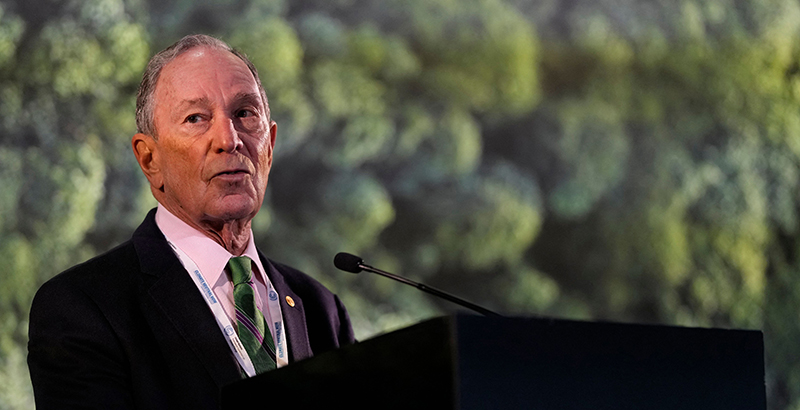 With plans to add 150,000 new seats for students, Bloomberg Philanthropies will award grants to new and existing nonprofit, non-virtual charter schools in 20 metro areas, provide funding to launch new models, and support efforts to create more racial diversity among charter teachers and leaders. Grants can also be used to build and upgrade facilities.

Michael Petrilli, president of the conservative Thomas B. Fordham Institute, which published an analysis on the charter sector’s response during the early months of the pandemic, called the news encouraging and “potentially transformative.”

“The evidence base continues to build showing that urban charter schools are highly effective, and that their growth has positive impacts on students in nearby traditional public schools as well,” he said. “It’s the closest thing we have in education to a win-win proposition. Thank you, Mayor Mike.”

As New York mayor from 2002 to 2013, Bloomberg supported exponential growth in the city’s charter sector, opening more than 150 charter schools. The foundation’s announcement follows recent data showing that during the pandemic, the charter sector has seen its highest period of growth since 2015. Charter schools, however, continue to face criticism from Democrats, who argue they drain resources — and students — from district schools. The Biden administration recommended no increase in funding for the $440 million federal Charter School Program for fiscal year 2022, while the House proposed a $40 million cut from the budget for charters. The Senate has not yet acted on the budget. Some states, such as California, have also taken steps to limit charter growth in recent years.

Aside from the New York City region, the foundation is not yet confirming the other sites slated to receive grants. But according to the announcement, the cities chosen “offer a strong opportunity for serving the most in-need children coupled with conditions that could facilitate charter growth.”

“I’m thrilled to see that their focus will be on high quality,” he said. “It’s about having more great schools — not just having charters for the sake of charters.”

In cities such as Los Angeles, however, co-location arrangements have caused conflict and are among the reasons teachers unions have lobbied against charter growth.

“What nonsense. How about reading, writing and arithmetic, the critical skills we are funding schools to teach?” Bloomberg wrote, adding that because charter schools generally don’t have union contracts, they have more flexibility and can “create a culture of accountability for student progress week to week that many traditional public schools are missing.”

“I am deeply disappointed that Mr. Bloomberg would take the tragedy of COVID and use it as an excuse to undermine public schools,” she said.

United Federation of Teachers President Michael Mulgrew added his concerns that charter schools “pick and choose their students, rather than … take the responsibility to educate children.” He noted that few students who enrolled in Success Academy in 2007 as first graders remained at the school to be part of its first graduating class.

While the announcement doesn’t mention charter authorizers, it does mention partnering with local and national organizations. Karega Rausch, president and CEO of the National Association of Charter School Authorizers, said there’s room for improvement in the way authorizers evaluate new applications so the process isn’t so “burdensome and bureaucratic” but also ensures a school has a “high chance of doing great things.”

Nina Rees, president and CEO for the National Alliance for Public Charter Schools, said Bloomberg’s announcement is timely, not only because of increasing parent demand, but also due to efforts in many states to limit growth and the federal government’s flat funding of the charter program for the past five years.

But Merriman said whether the federal government is supportive of charters is less important than the climate at state and local levels.

When former President Barack Obama was in office, and John King and Arne Duncan were education secretaries, that “didn’t make a difference to Democrats in statehouses,” he said.

“Charter policy has always been at the state and local level. That’s what has mattered.”