Analysis: Why Millennials Can’t Save Unions 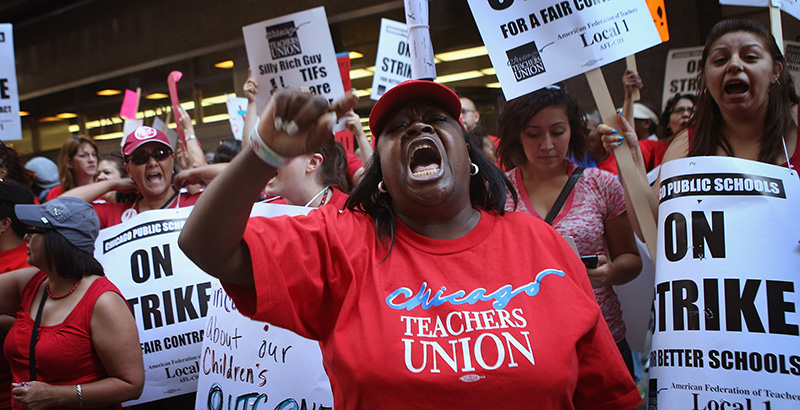 The decline in union membership has been going on so long it is as certain as the sunrise. The percentage of American workers who belong to unions is about half of what it was 35 years ago. The only thing that has kept organized labor from fading into obscurity is the public sector, whose unionization rates have been relatively steady over the same period.

Observers see both crisis and opportunity in the new generation of workers. Some note that millennials tend to support group effort, are more politically liberal, and have a generally positive attitude about unions. Others point to age group figures that show unions have almost three times as many members over 35 as under.

Consideration of both points of view together yields a three-dimensional picture, but when we add a fourth dimension — time — we discover something unexpected about how union membership and age interact.

Using Bureau of Labor Statistics historical data, we find that the unionization rate of all employees under 35 is 7.4 percent. For those 35 to 64, it is 12.9 percent. But 10-year trends show that the unionization rate of the younger cohort has barely changed. It was 7.8 percent in 2006. It is the older group that has dropped significantly, down from 14.8 percent in 2006.

Raw numbers make the difference plainer. There were 16,000 fewer young union members in 2016 than in 2006, but there were 1.1 million fewer older union members.

So while many commentators and union leaders have emphasized the need for outreach to younger workers (myself included), unions have generally maintained their membership levels. The unions’ loss of so large a share of the older workforce, however, comes as a shock.

The available statistics cannot tell us if the trend holds for both public sector and private sector employees, or if teacher unions alone have had this experience. But should the U.S. Supreme Court ban agency fees, a tidal wave of millennials would have to join the labor movement to offset old losses and new. The problem for unions is larger than any combination of charter school teachers, graduate teaching assistants, and digital media reporters can solve.