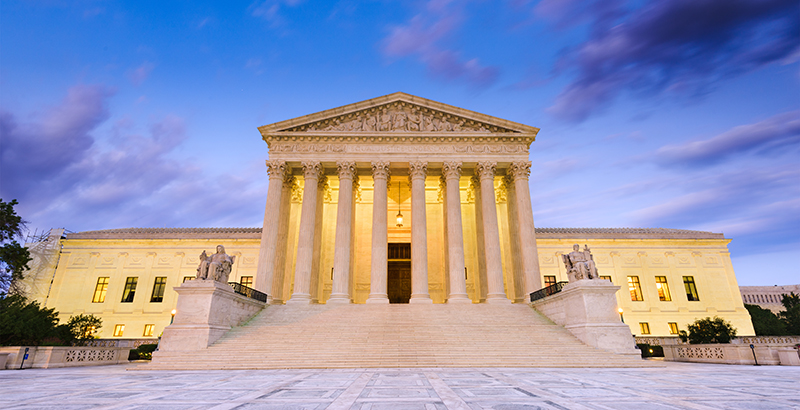 We have spent a lot of time analyzing the possible implications of a U.S. Supreme Court ruling in the Janus case that would end the union practice of charging agency fees (or “fair share” fees, as the union calls them) to public sector employees who do not become members. Past Union Reports have discussed the potential effects of such a decision on education policy, partisan politics, and union finances.

These are all extremely important, but what will the school districts and local teachers’ unions in your community do if agency fees are eliminated?

Before I answer that, I should point out that in most places there will be no immediate change. For all the union anguish about the effects of an adverse Janus ruling on working people, the case involves only public sector unions where agency fees are currently permitted. A little quick arithmetic with Bureau of Labor Statistics numbers tells me that is somewhere south of 5.8 percent of the U.S. workforce.

States like Texas and North Carolina do not permit public sector collective bargaining at all. Other states, like Florida and Nevada, permit public sector collective bargaining through an exclusive representative, but do not permit the levying of agency fees. The teachers unions in those states will continue to conduct business as they always have. They won’t feel any pinch until subsidies from the national unions begin to shrink due to an overall loss of revenue.

Teachers unions in states that charge agency fees, including California, New York, New Jersey, Illinois, and more than a dozen others, will have to make immediate adjustments to their collective bargaining agreements with local school districts. The National Education Association issued to its highest ranking activists a list of “8 essentials to a strong union contract without fair-share fees.”

All eight were designed to maintain the union’s cash flow and access to potential members in the absence of a law that requires them to pay dues or fees.

1) Access to new-hire orientations. The California Teachers Association has already managed to get this provision written into state law. A sales pitch to a captive audience without opposing views permitted should keep member recruitment up.

2) Access to unit member information. Whether a teacher joins or not, the union wants every home address, phone number, and email address, updated “preferably on a biweekly basis.”

3) Access to work sites and communication with members. “… and potential members.” The contract is also supposed to prohibit rival organizations any access at all.

4) Release time for leaders and activists. The purpose of release time was to allow teachers to serve as a union officer, or to take leave of their paid duties to work on union contract negotiating teams. The goal appears to be to expand this to include time for whatever task the union chooses to assign.

5) Payroll deduction of dues. Chasing after members to pay their dues is time-consuming and costly, as with a business trying to get customers to pay bills. Better to take the money before they ever see it.

6) Maintenance-of-dues payments. This one is the most insidious. We have already seen a version of it instituted in NEA’s and AFT’s Minnesota affiliate. This contract provision would require teachers to pay dues for at least a full year, even if they drop their membership a day after signing up. This is an attempt to circumvent repeated court rulings that teachers can resign their membership at any time. Under this type of regime, you could resign any time, but you would keep paying unless you revoked your payroll deduction authorization during a union-designated window of time.

7) Payroll deduction of PAC contributions. This is not necessarily connected to the issue of agency fees, but many union membership forms include a box you have to check if you don’t want donations to the state PAC taken from your paycheck.

8) Savings (severability) clause. Aware that some of these provisions may be subject to court challenge, NEA wants to ensure that if one provision is struck down, the others would remain in effect.

All of this is disappointing on two fronts. Those who think the loss of agency fees means the end of public sector union power are sadly mistaken. But it is also a letdown for those who thought the unions’ post-Janus focus would be on making membership relevant to a new generation of teachers. Instead, the unions elected to simply change the locks on the cell doors.