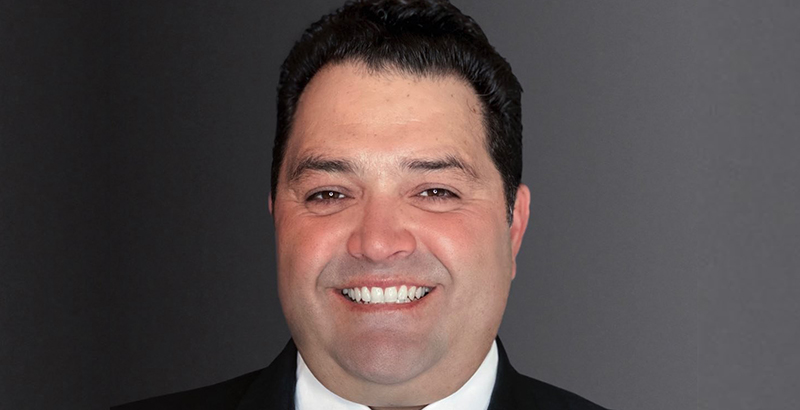 The National Education Association will hold its annual representative assembly in a virtual environment beginning June 30. The assembly brings together several thousand union representatives from each NEA state and local affiliate to set the policies for the national organization.

Last year, NEA’s agenda was severely limited. This year, the union will attempt to conduct a full array of business over four days. As always, the last item the delegates will vote on is NEA’s strategic plan and budget.

The proposed budget details the spending priorities for the nearly $371 million in revenues the national union expects to receive in the 2021-22 school year. However, the details NEA provides aren’t always enlightening.

For example, Secretary-Treasurer Noel Candelaria gave a short briefing to delegates on how the union plans to spend the additional $13 million in dues it projects for next year. His presentation included this slide: 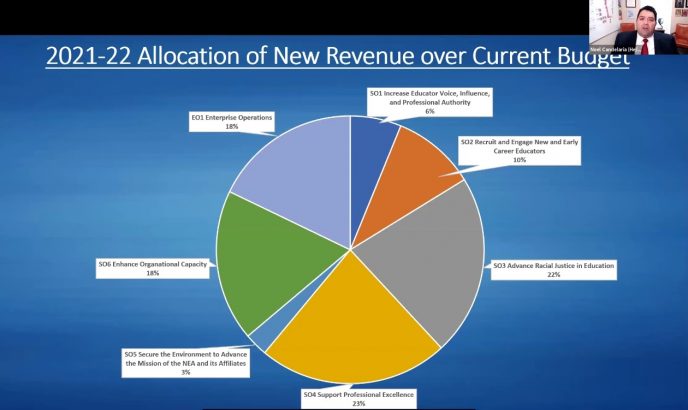 It shows the union will spend 23 percent of the new revenue to “support professional excellence” and 22 percent to “advance racial justice in education.”

NEA likes to describe its budgeting in programmatic terms, but a deeper dive into the budget’s numbers gives a better sense of where this money will go.

With the $13 million in additional revenue, plus a small amount of savings from some budget cuts, the union will allocate an additional $5 million to salaries and fringe benefits, bringing the total to $114.4 million for a staff of about 600 employees.

NEA will budget an additional $2.8 million for technology and equipment, while $6.1 million more will be allocated to “outside services,” which the union defines as “fees paid for professional legal, audit and tax services, consulting services and building maintenance. It also includes costs for Educators’ Employment Liability insurance premiums, membership forms and cards, promotional materials, and advertising.”

The membership projections that produce the budget don’t always coincide with reality. Last year, NEA expected to finish the 2019-20 school year with 2 million active (full-time equivalent) members, meaning those currently employed in public schools. The union budgeted for substantial membership losses in 2020-21, expecting to come down to 1,875,000 active members.

Those projected losses did not occur. Contrary to some predictions, teachers did not leave the profession in droves during the pandemic. This year the union is budgeting for 1,920,000 active members. Much of the $122 billion in additional federal K-12 spending from the American Rescue Plan is likely to go toward hiring more school employees, which would bolster the union’s ranks.

NEA already has new members in mind, budgeting almost $7 million to recruit teachers and then engage with them to “increase their connection to the association.” The union traditionally has had problems getting younger teachers to participate in its activities.

With midterm elections coming up in 2022, political activity is not ignored in the NEA budget. The union plans to spend almost $33 million to elect friendly candidates and to “shape debate in states about education funding, taxes and revenues.”

One last item that doesn’t appear in the budget but has emerged as an NEA priority is a plan to “reimagine” student assessments. The union appointed a task force to develop this new vision.

We’ll have more on NEA’s assembly in the coming weeks.