Analysis: Money Is No Object as the California Teachers Association Tries to Eke Out a Property Tax Ballot Victory 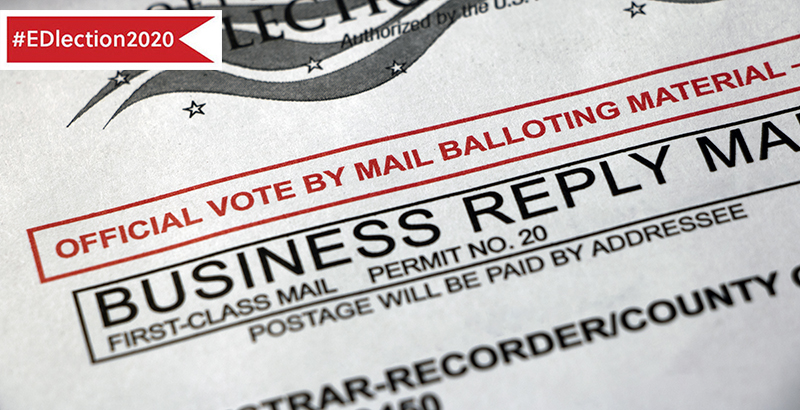 The National Education Association has so far devoted $23 million to helping Joe Biden get elected president and ensuring Democratic control of both houses of Congress. That’s a lot of money, but it might surprise you to know that a single NEA affiliate, the California Teachers Association, might end up exceeding that amount on one ballot initiative.

Proposition 15 would radically alter the provisions of Proposition 13, the state’s landmark property tax limitation initiative approved by voters in 1978. The new initiative would maintain Prop 13 protections for residential homeowners but eliminate them for many commercial properties, creating what is commonly called a split-roll property tax. Taxes for those commercial properties would increase substantially, raising an estimated $11 billion for various state programs, including public education.

CTA has been trying to place a split-roll measure on the state ballot since 2004, but has withdrawn it or failed to gather enough signatures each time. Even this iteration had been originally scheduled for the November 2018 ballot but was withdrawn and rewritten. Because it was revised, the campaign had to gather 1 million new signatures to place the initiative on this year’s ballot.

Though the union has spent millions over the years without even an up-or-down vote to show for it, this time it is going all out. Through mid-October, CTA has spent $17.8 million on the Prop 15 campaign. It has been supplemented by $13.2 million from various state affiliates of the Service Employees International Union, which represents a host of state workers. The next-biggest contributor is Chan Zuckerberg Initiative Advocacy, created by Facebook founder Mark Zuckerberg and his wife, Priscilla Chan. Their organization has contributed $10.9 million.

CTA’s spending comes courtesy of its Initiative Fund, to which each member contributes $36 per year in dues money. That raises almost $10 million annually, which rolls over if it isn’t spent. The union’s state council has authorized spending up to a total of $23.7 million on ballot initiatives this cycle. If all this were spent, the fund would still have about $10 million remaining.

Nor is this CTA’s only source of funds. The National Education Association sent $4.5 million to CTA earlier this month specifically for the Prop 15 campaign. This means that teachers from Mississippi, South Dakota and every other state are contributing dues money to raise property taxes in California.

The American Federation of Teachers and its California affiliate have also combined to spend $2 million in support of Prop 15.

Despite this onslaught of cash, polling on the measure hasn’t changed much in years. The latest survey results from both the Public Policy Institute of California and the Berkeley Institute of Governmental Studies show the initiative with 49 percent support. The numbers have hovered in that same area since March 2018.

This is traditionally a bad sign for California ballot initiatives, as the “no” side tends to pick up steam as Election Day approaches. But it goes without saying that 2020 is far from a traditional year, and the unions might still pull this out.

It is understandable that CTA would want an influx of cash. Without a federal bailout, the union expects up to 50,000 layoffs of teachers and support employees by February 2021. Active membership continues to fall, and CTA might have trouble raising this level of campaign funding again. But there’s a problem.

Prop 15’s provisions wouldn’t take effect immediately, and then it would contribute a maximum of only $4.6 billion to the state education budget. California’s education spending has increased by more than $33 billion since 2012. During that time, enrollment fell, and it was expected to continue to fall dramatically even before the COVID crisis.

So while the additional revenue would be welcome, it would be far from a game-changer for CTA and the other public employee unions. What Prop 15 would do is demonstrate that a carefully targeted property tax increase could pass muster. I suspect a residential property tax hike proposal would soon follow, but only on mansions and the haunts of the super-wealthy. From there, it’s a slippery slope to New Jersey property tax levels.

A defeat would be a blow to CTA and its allies but, frankly, not much of one. No one will be fired for the miscalculation; no one will be reprimanded for once again dropping tens of millions of dollars of dues money on a failed idea; and next year, another $10 million will be added to the initiative fund for any new effort. Whatever happens elsewhere in the country, in California, the cycle will continue.