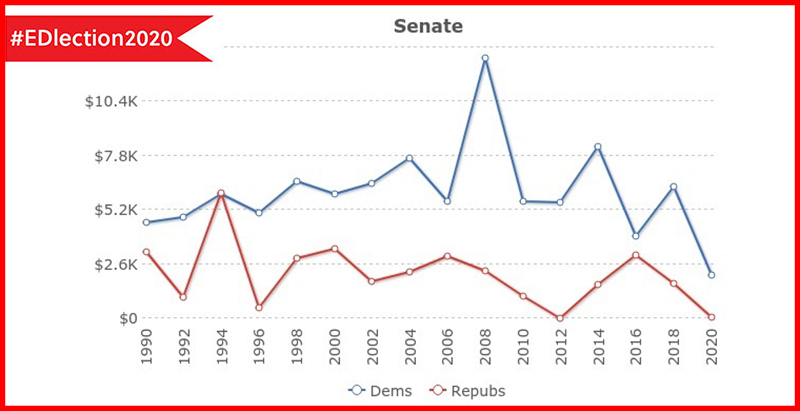 I think it’s fair to say that this year’s elections for president and Congress won’t be decided by education or labor policies. Still, it is worthwhile to examine the campaign priorities of the National Education Association and the American Federation of Teachers, and determine how much of member dues they are willing to commit to their goals.

For that, we turn to the indispensable Center for Responsive Politics and its OpenSecrets.org web site. While much of the focus over the years has been on traditional political action committee spending, this is becoming a smaller and smaller percentage of total campaign expenditures. Open Secrets gives a comprehensive view of all types of spending, including that made by super PACs and other outside groups not directly affiliated with a particular candidate’s campaign.

We still have a couple of weeks before the election, with a lot more spending to come, but the most recent reports show that NEA raised almost $23 million, almost all of which it passed on to its own super PAC, the NEA Advocacy Fund. Contributions to candidates from its traditional PAC, the NEA Fund for Children and Public Education, are approaching all-time lows (see charts below). These include donations from individual NEA employees or members who identified themselves as such. Of those, $99,077 went to Democrats. Joe Biden got almost $28,000, and his rivals in the presidential primary received funds as well. Only $3,573 went to Republican candidates. President Donald Trump received $40. 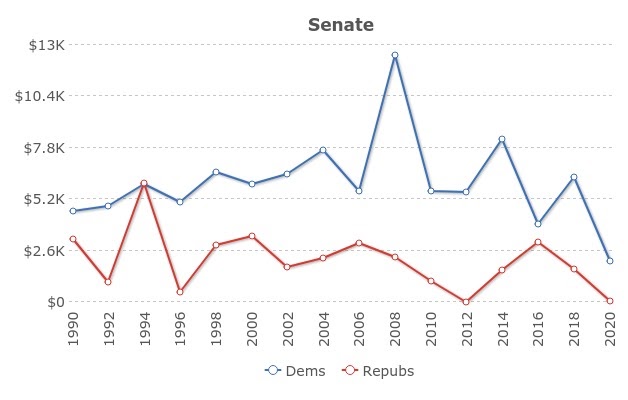 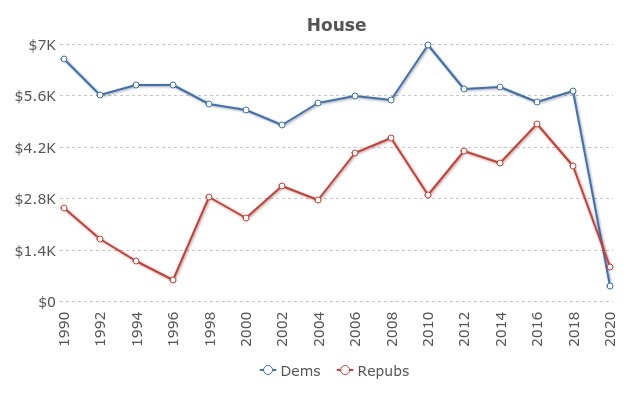 NEA’s funding of outside groups ranks eighth in the nation. Of the $23 million total, 99 percent is earmarked to benefit Democratic candidates.

As of Sept. 30, the NEA Advocacy Fund had spent $13.6 million of its $21.5 million war chest. The money went to ad buys, donations to other super PACS and independent expenditures on behalf of congressional candidates in Arkansas, Georgia, Iowa, Michigan, New Mexico, New York and North Carolina. The fund still had almost $8.7 million on hand to begin October.

The American Federation of Teachers raised almost $10.7 million for this election cycle. It similarly directed most of that money to super PACs and outside groups, while its traditional PAC virtually disappeared.

AFT is the 17th most generous funder of outside groups. Both teachers unions rank ahead of one of their top bogeymen, the Koch Brothers. AFT designated 98.6 percent of its money to benefit Democrats. Trump received $121 from AFT sources.

The union sent almost $9.8 million to the AFT Solidarity Fund, which is a catch-all donor not only to federal campaigns, but to ballot measures at the state level. Independent expenditures were made on behalf of congressional candidates in Alaska, Iowa, Kentucky, Maine, Mississippi, Montana, New York, North Carolina and South Carolina. The union also spent $238,000 in opposition to Trump.

Teachers union money is nothing to sneeze at, but if campaign spending leads to a Biden victory and a Democratic Senate, it will mostly be due to the efforts of the mega-super PACs. The Fund for Policy Reform, the Democracy PAC, the Sixteen Thirty Fund, and the Senate Majority PAC have raised a total of $168 million for that purpose, far outdistancing groups backing Republican candidates.

It’s debatable whether a Democratic victory will lead to significant policy victories for the teachers unions, but it’s a virtual certainty that it would result in substantially increased public education funding, which makes all those millions a decent investment.