Analysis: In Denver, Rising Expectations, a Generational Divide, and a New Education Reform Revolution on Its Way 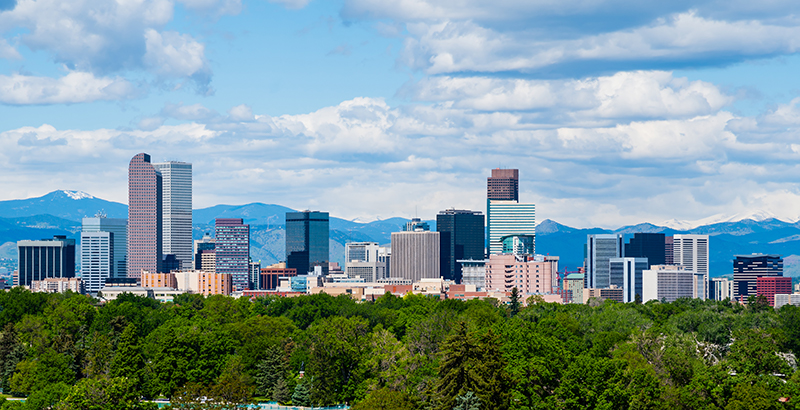 This essay originally appeared on the A+ Colorado blog.

I was recently speaking with a group of national education experts about current issues in Denver Public Schools. As someone who knows the district and its leadership, I defended their actions and values but honestly felt I was at a loss to justify the School Performance Framework flap or recent self-inflicted wounds.

In that moment, a veteran observer of leaders and reform systems said, “The sad thing is that Denver Public Schools is a victim of their own success.” I was stunned by the clarity of this observation and how it spoke to the political climate in our city.

The success is evident. At a recent A+ Colorado panel on outliers, Deputy Superintendent Susana Cordova discussed the tremendous progress of ELL students.

There is no denying that for tens of thousands of students with English language needs in Denver, going back to the world of 2006 is not an option. In DPS schools, multiliteracy is promoted, encouraged, and showing real signs of strengthening in practice. District critics usually avoid this data point (for it would suggest to some that district coherence and infrastructure actually can lead to good outcomes and to others that the district is doing great work for some of its most vulnerable kids).

Another positive point is school turnaround, usually the quagmire of districts. With high-profile turnarounds operated by charter schools that have shown record gains or modest but steady cultural and academic improvement, the argument that charters can’t serve local communities is ebbing. The district has also shown progress in its turnaround work, with its Year 0 turnaround cohort producing real momentum at previously low-performing schools by prioritizing family voice and new academic designs.

Add to these points of progress charters and district schools sending more kids to college than ever before; an enviable educational advocacy community; tremendous investments from local and national philanthropies; DPS’s ambitious and highly inspirational Denver Plan 2020, including a goal for 80 percent of third-graders to be reading on grade level; and a potential societal-shifting reduction in suspensions and expulsions. Expectations for Denver students/schools are a mile high and increasing almost as fast as the population.

Still, district officials lament off-record how much more could be possible, and board members share publicly how far they know they are from real achievement. External partners of the district and former board members are striking rapidly both publicly and privately against the current district leadership. Why? It’s the bittersweetness of increased success — they know how much more must be done and believe it’s possible.

The Denver of 2006 was too content with failed outcomes for kids of color and low-income communities. The Denver of 2018 is watching exploding growth among white and high-income populations while kids of color and low-income communities fall behind or barely narrow gaps. Progress of English learners is not matched by progress of African-American students. As the recent NAEP data show, we are truly far away from every child succeeding. And, as A+ Colorado has sadly reported, DPS is nearly 30 years from achieving its 2020 goals at the current rate of progress.

A regular observer could be forgiven for seeing frustration among the leaders who want more for kids. In 2018, communities in Denver can see clearly what is possible and what they aren’t getting at their school. A decade-long timeline of progress doesn’t help families that are in a system failing them now.

Tony Lewis: Denver’s 2020 Student Goals Could Take up to 30 Years to Meet. Time for an Urgent New Strategy — or for City Education Leaders to Step Aside

At a recent event hosted by the Gates Family Foundation and Blue School Partners, an emerging generational divide about these rising expectations displayed itself.

An elder group of leaders, including Sen. Michael Bennet and Superintendent Tom Boasberg, spent significant time defending past actions and current progress. You could almost hear the revolution brewing around them in the auditorium. A newer generation is asking: “Yes, we’ve made progress and we hear you that more must be done. But don’t we need to do things radically differently?” and “How do we give real power to those dispossessed in the system, not just the illusion of power?” And they weren’t alone. They are joined by many who have led the fight for years asking the same questions.

During the 2008 presidential campaign, Barack Obama often talked about two generations: Moses and Joshua. In the biblical stories, Moses confronted Pharaoh and led his people to freedom. However, it was the Joshua generation that entered the Promised Land.

We have a Moses generation in Denver, dedicated activists, teachers, principals, and system leaders who fought to bring the potential and reality of educational progress to this city. Urgency and student outcomes was their battle cry. They were well connected among foundations, civic institutions, and prominent businesses, and banded together to push for a brighter future. They lost some fights, won others, and began many that remain unresolved. They eventually came to see their mission as one of equity (even if many had different definitions of what that meant). Now, many of them are the first to admit that Denver is wandering the desert.

We also have a Joshua generation emerging in Denver, new leaders who imagine using the tools given to us by the Moses generation to create a new kind of change. These leaders are more diverse than Denver has ever seen. They seek a community-driven, open system. They lead through engagement and empathy. They consider many “innovations” and “improvements” as lacking a real vision of what exceptional learning looks like in a rapidly changing world. They care deeply about process as well as outcomes. They want to move beyond equity, using innovation and autonomies to construct systems of liberation (with many ideas about what it will look like). They see a path toward lasting, enduring change. Yet they feel the previous generation blocking their path (i.e., no new call for quality schools); many of them see that previous generation not as Moses, but as Pharaoh. They ought remember there is a lesson in that Pharaoh and Moses were raised together and knew each other as siblings.

And they should remember that the enduring change they seek is possible now because of the generations that came before.

I have tremendous admiration and respect for those who have led our city and improved our schools. I can only imagine how hard it is for them to see so much progress and so many gaps at the same time. They’ve poured their hearts, souls, and careers into it. I don’t think their time is up. In fact, I think the most critical period of their leadership approaches.

We live in very complicated times and in an extremely complicated educational political climate. The center is not holding; it also doesn’t help that we are enmeshed in an outrage-fueled, hot-take national culture that punishes all for speaking their mind while simultaneously calling upon us all to speak truth to power. In Denver, the external discontent and district disconnect are rapidly approaching crisis levels, even more than defenders of the district would like to admit.

Denver is now full of education revolutionaries from different generations who believe they can change the world yet deeply doubt our current path. That’s a combustible combination. Now add for kindling a lack of clarity or alignment among leaders about the next steps. Strike a match of a fraught political climate calling for change.

The revolution will eventually come, whether people want it or not. And when it does, it will likely not end up like anything anyone expects; it never does.

Landon Mascareñaz is the A+ Colorado senior partner for advocacy and alliances.

Landon Mascareñaz is vice president for community partnership at the Colorado Education Initiative and a state board member for the Colorado Community College system.