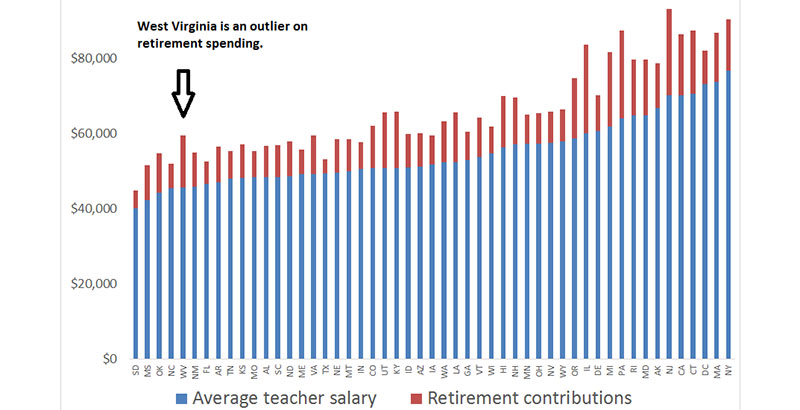 For nine days, West Virginia teachers went out on strike over concerns about salaries and health care benefits.

Much of the press coverage on the strike has focused on West Virginia’s low ranking in average teacher salaries (see examples from The New York Times, USA Today, The Washington Post, CNN, Vox, etc.).

Although it’s true that West Virginia has low average salaries, this statistic misses out on lots of other things. For example, I’ve written before about how growing retirement costs are eating into teacher salaries, and it turns out West Virginia is a prime example of this. 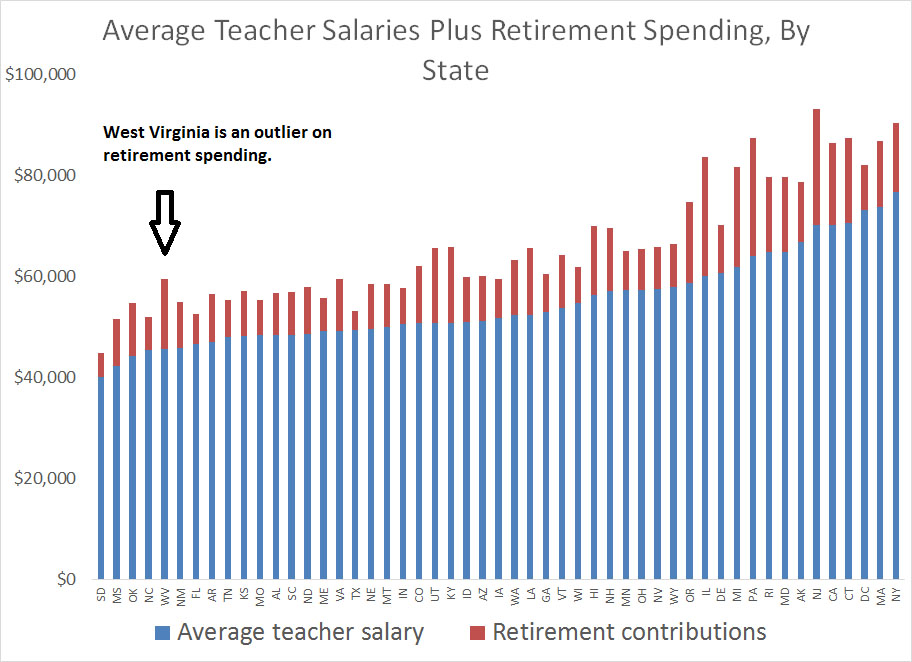 In fact, while West Virginia ranks in the bottom five states in teacher salaries, it ranks in the top five in terms of retirement costs. (Most of that money is going toward paying down unfunded liabilities, but it’s a real expense incurred by the state and its school districts.)

Overall, West Virginia climbs to 32nd in terms of salary plus retirement costs. That’s a very different story than the one being told by the media.

Of course, this also doesn’t get into cost of living.

West Virginia lands in the middle of the pack on cost of living, and if we adjusted the raw salary figures based on how far $1 would go, West Virginia teacher salaries would rank even higher.

None of this is to make a judgment about how much West Virginia teachers should be paid, but that argument shouldn’t hinge on the “average teacher salary” metric.

Without looking at all forms of compensation or adjusting for cost of living, average teacher salary rankings don’t tell us all that much.

‘We Have Reached a Deal’: West Virginia Teachers and Lawmakers Agree to End 9-Day Strike