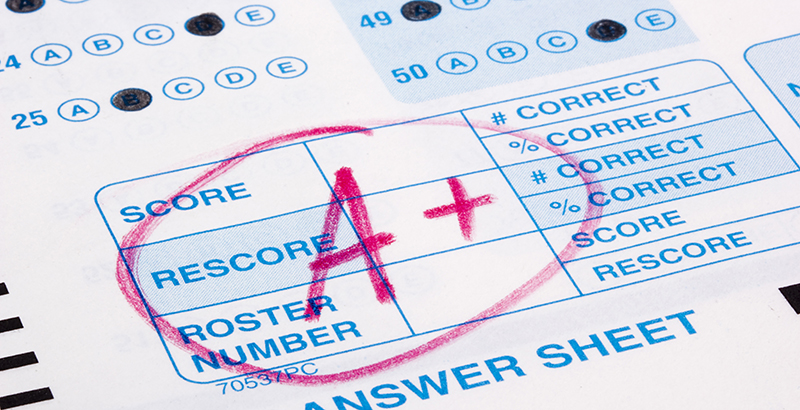 Florida may be trying to skirt the law when it comes to its public education plan. The result could mean a delay or denial in federal education funding, an unscheduled overhaul of Florida’s school grades system, or a wink and a nod from a Trump administration which may not be very keen on enforcing the law.

The Every Student Succeeds Act says each state has to measure certain things for specific groups of students. For example, every state has to measure how many students are reading at grade level, but they also have to look at individual groups of students, who have often not been well served in school — like those from low-income families, those with disabilities, English language learners, and minorities — and factor their performance into the overall rating the state gives a school.

In Florida, officials initially wanted to ignore that requirement. They argued in a draft letter to the U.S. Department of Education (a letter that was made public, but never sent) that they wanted to keep doing what they had been doing: measuring the lowest-performing 25 percent of students regardless of their race, income level, or disability status.

But in late August, a spokesperson for Florida’s education department said the state was no longer sure a waiver (i.e., permission to bypass sections of the law) was necessary.

Then Wednesday, they released the state’s education plan, and, as expected, the request to bypass the part of the law requiring school grades to factor in race and income was gone.

(The 74: Exclusive — Florida Considering Major Revision to ESSA Plan and How State’s Schools Are Graded)

But rather than adjust the plan to conform to the law, Florida’s plan essentially keeps its accountability system the same as it was: The state plans to report on the progress of students by race, income, etc., but not include their performance in the school grading system.

The impact of the state’s action is unclear. If the plan is rejected by the U.S. Department of Education, one of three things could happen.

School grades tell taxpayers if their money is being put to good use in schools; they give parents information they can use to decide which schools to send their kids to, or where to buy their homes if they have school-age children. School grades also influence home prices, and help states and districts determine where and how to use resources to help schools improve.

In the draft letter making the case for keeping things the same, Florida education experts argued that the state had tried the federal government’s way before and it didn’t work. According to the document, “Each of the changes on their own seemed reasonable, but when put together resulted in a grading system that was too complicated. Educators no longer saw a direct connection between their actions and the grade their school received. As a result, student performance on statewide assessments stagnated.”

Education Post, a national education advocacy organization, requested information from the Florida Department of Education on how the plan still complies with the law. A spokesperson emailed back, “We are confident that our plan will be the best approach for our students as well as aligning with the law.”