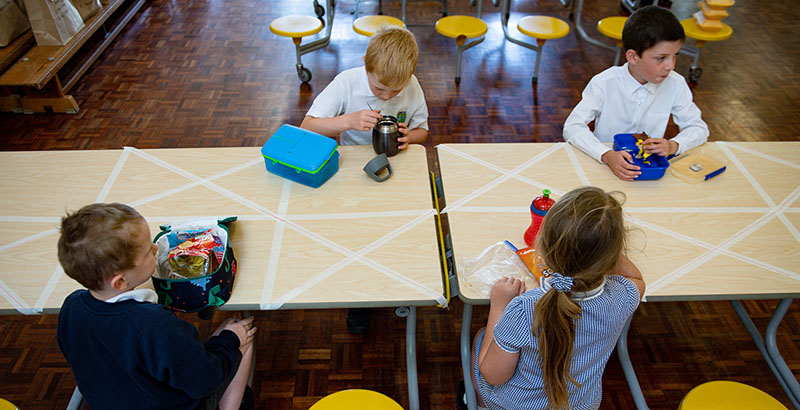 In contrast, principals and educators had far less power. Classroom teachers still controlled decisions about lesson planning and how to deliver instruction, but they were often handed a revised schedule and told whether to cover new material and award grades.

So, which entity — districts or schools — should be held accountable for student learning during this period?

According to the Every Student Succeeds Act, it’s the schools, and the schools alone. In fact, when writing ESSA, Congress explicitly dropped a requirement for states to look at both school and district performance and to intervene when either school- or district-level results fell short of the state’s goals for student learning.

The omission of district accountability is at odds with other ESSA provisions. For example, the law included new reporting requirements to shine a light on resource inequities between schools, such as per-pupil spending and access to advanced coursework. But district leaders still control the decisions that drive those results. Without district accountability, there is no mechanism to spur a change in how schools are funded even if the data reveal that districts are spending more per pupil in their wealthiest schools.

With the COVID-19 outbreak, the lack of district accountability has become even clearer. In examining the COVID response, the Center on Reinventing Public Education has rightly focused its analysis on district plans and actions. Its findings are not encouraging. In a nationally representative sample, it found that less than half of school districts took attendance or required teachers to check in with students under distance learning.

Centralized district control seems to be the norm rather than the exception. Consider the story of Fairfax County Public Schools (where one of us is a parent). Serving 187,000 students, 31 percent of whom are economically disadvantaged, it’s the 10th-largest district in the country. As the virus forced Fairfax to close its schools, district leaders decided to pause all teaching for four weeks. During that time, teachers weren’t allowed to contact families and, when instruction resumed, they were required to use the district-approved online learning platform. Ultimately, the technology failed, leading to two more weeks of disrupted instructional time.

Under ESSA, a large number of Fairfax County schools are at risk of being identified for comprehensive or targeted support next year. On one level, that might be a good thing if a disproportionately large share of schools identified for support happen to be in districts with particularly inept responses to the coronavirus closures. After all, students attending those schools are likely to need more support and resources going forward to catch up academically.

But the problem is that districts also control many of the decisions around making up for lost learning, especially for disadvantaged students who might need additional time. District school boards control the annual school calendar and, through negotiated teacher contracts, the amount of time that teachers spend with students. District leaders also control plans for summer school, and CRPE found that less than half of large school districts planned to offer summer school for elementary and middle school students this year.

To be fair, some states have chosen to keep their district accountability systems on top of the federal requirements. And some districts have set minimum expectations for things like teacher-student engagement, while allowing or even encouraging teachers and schools to do more. But those are the exceptions rather than the norm.

We aren’t suggesting that school accountability is unnecessary. It can, for example, pinpoint campuses where similar students demonstrate vastly different learning gains and help districts make decisions about where to provide extra student supports.

But school-level accountability is insufficient, especially given the factors — such as access to remote learning technology and decisions about school calendars and time — that will determine whether students can learn during the pandemic and catch up in the recovery to follow. These are factors controlled by the district, meaning most of the country is holding the wrong entity accountable. If districts are making many of the decisions that affect student learning, they should bear responsibility for the results.

Chad Aldeman is a senior associate partner at Bellwether Education Partners and the editor of TeacherPensions.org. Anne Hyslop is assistant director for policy development and government relations at the Alliance for Excellent Education and a former senior policy adviser at the U.S. Department of Education. On Twitter: @afhyslop.

Anne Hyslop is assistant director for policy development and government relations at the Alliance for Excellent Education and a former senior policy adviser at the U.S. Department of Education. On Twitter: @afhyslop.