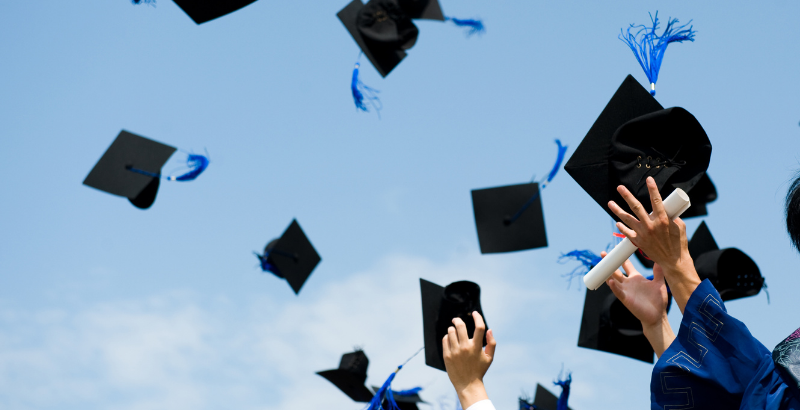 To President Biden and many of his allies, free community college is one of the best vehicles of upward mobility, a “ladder to the middle class,” as one economist put it. Earlier this month, Senate Democrats began the process of fulfilling this longstanding priority for their party, including a $109 billion expenditure on free community college in their sweeping budget plan. The administration is seeking to make higher education more accessible in other ways, proposing a $85 billion increase in federal Pell Grants that help cover the costs of college.

At the state level, financial support for college has steadily grown more generous, as nineteen states have enacted free community college tuition over the last four years. This shift represents a major investment in providing community college for all, even if many of these programs are “last dollar” programs that kick in after all other grants have been applied to their tuition, while students still pay other significant costs – room, board, transportation, and books.

Biden’s proposals and these state programs aim to spend more public money on the same systems, based on the premise that many students would complete either a two- or four-year degree if only costs were lower. But increasing educational opportunity is more complicated than that. The President’s plan acknowledges the complexity of the issue, including “$62 billion to invest in evidence-based strategies to strengthen completion and retention rates at community colleges and institutions that serve students from our most disadvantaged communities.”

With the nationwide completion rate for two-year Associate’s programs at 42.1% percent after four years, the need for new approaches is clear. Hopefully, the administration will recognize the structural issues with community colleges and consider alternatives to the current system as it invests in education.

My recent review of data on the City University of New York’s (CUNY’s) community colleges offers an instructive case study in the problems with our current approach. At the root of the issue is the misdirection of too many low achieving students to academic study eventually requiring four-year degrees. The most recently available results from CUNY show that only about a quarter of the students who entered two-year Associate degree programs in 2015 were able to earn their degree within four years. The long-term outcomes for an earlier group of students were also sobering. Ten long years after beginning their college careers in the community colleges, only 21 percent of students earned a bachelor’s degree and 17 percent earned an associate degree.

These results should hardly be surprising. Many students enter CUNY’s community colleges after barely eking by in the city’s lowest performing public high schools. While CUNY’s Senior Colleges generally admit students with high school Grade Point Averages in the mid 80s to 90s (A and B students), CUNY’s community colleges admit students with GPAs in the range of 77-79 (C students). Data from the City’s high schools indicate that many of these students came through that system’s least selective and lowest performing schools. Their graduates are ill-prepared for college.

And yet, these students are preparing for four-year degrees. Once admitted to CUNY’s community colleges, 42 percent of students are enrolled in liberal arts programs and another 24 percent are enrolled in other associates degree programs designed to move them on to bachelor’s programs. Given the low completion rates of students for these students, many would be better served by more expeditious programs to prepare them for entry level positions with a living wage.

There is one bright spot in the CUNY community college system, which could be a model for improving completion rates beyond New York – the Accelerated Studies in Associate Programs (ASAP). Independent evaluators have found it to be clearly successful in increasing both student retention and graduation rates.

Originally begun with students who had attained full proficiency for college level work, the program has evolved to include students who need developmental course work in one or two areas. Once admitted, in return for tuition waivers, free Metro-card passes and financial support for books and other expenses, the students must follow an individualized course plan, check in regularly with dedicated counsellors and maintain their grades and progress toward graduation.

ASAP certainly qualifies as a successful “evidence-based strategy to improve completion rates” that the administration should consider supporting, but even these sorts of programs won’t be the best fit for everyone. Young people who persevere through high school passing, but just getting by, are not well served by the current system. They need programs that will allow them to quickly find success in the world of work, gaining agency over their own lives, while allowing them the opportunity to later pursue continued college education or training at their own choosing.

An equally hopeful trend on the national level is the growing use of certificate programs to quickly move students to the workforce (in 2019, close to 620,000 certificates were awarded by community colleges). These numbers are encouraging; by targeting higher education to specific skills and courses needed for a certain industry, certificates save students money, and prepare them for the outside world more quickly. But still too many students are unsuccessfully pursuing Associates degrees designed as pathways to bachelor’s degree programs. More money will not solve that problem, but money tied to incentives for community colleges to continue to expand their work with local business and trade groups might well create much greater opportunities in underserved communities.

Longtime education analyst Bruno Manno has a name for this paradigm shift: opportunity pluralism. As he has described, programs focused on workforce preparation “foster opportunity pluralism, creating new options to the ‘bachelor’s degree of bust’ mindset.” He stresses that in order to be successful, these programs must have clearly sequenced curriculum, “aligned with labor market needs.” Where these programs have been successful, they are guided by formal agreements among schools, colleges, local governments and trade associations or organizations.

Last year, Opportunity America, a think tank led by Tamar Jacoby, convened a panel of experts to consider reimagining the nation’s community colleges as the country rebounds from the COVID-19 pandemic. Their report called for community colleges to focus more directly on preparing their students for entry into the workforce. Whenever possible, their programs, the report emphasized, “should be offered in partnership with employers who help design the content and stand ready to hire graduates.” These programs need to be judged by their success at job placement: “community college funding should be geared more closely to job placement and wages” and engage in “day-to-day” collaboration with employers.

These findings suggest that a fundamental reorientation could replace the shortfalls of the CUNY community colleges and similar systems across the country with true paths of upward mobility. By seeking an institutional alignment with the business sector, community colleges could provide students a rapid jump start to meaningful careers, and allow students pursuing higher education to succeed rather than stagnate on their way to a degree.

Community colleges will not undergo this seismic shift on their own, as many of them remain rooted in the notion that four-year college degrees are the only path to success. But if Congress pursues broad structural reforms as it considers the President’s plans, it could uplift students left behind by the current educational system and build a more inclusive economy. At the federal level, legislators should resist the urge to throw more money at the problem. At the state and local level, policymakers should work creatively to offer all high school graduates a path to the world of work.

If today’s leaders can pursue meaningful reform to the community college system, and operate within a paradigm of true opportunity pluralism, the next generation will have broader educational opportunities, better employment outcomes, and perhaps even a new definition of success.

Ray Domanico is a senior fellow and director of education policy at the Manhattan Institute.

Ray Domanico is a senior fellow and director of education policy at the Manhattan Institute. He is the author of the new report, “A Statistical Profile of New York’s K-12 Educational Sector: Race, Income and Religion.”